The 9/11 accused confer with their defense lawyers during a break in pretrial hearings at the U.S. Navy base Guantanamo Bay, Cuba, on April 14, 2014.
Janet Hamlin—EPA
By Massimo Calabresi

At Guantánamo Bay, the wheels of justice turn not so much slowly, as seldom. Twelve and a half years after 9/11, the five men accused of planning and launching the attack are in pretrial hearings at a military tribunal there. On Monday, the tribunal held proceedings for the first time since December. Within minutes, the hearing recessed.

As the indefatigable Carol Rosenberg reports in the Miami Herald, Army Colonel James L. Pohl, who is the presiding judge on the tribunal, called the recess after lawyers for the accused terrorists said the FBI had tried to turn a member of the defense team into a confidential informant:

Martins is struggling to keep proceedings moving. While his primary task is to prosecute the five men, he also is under scrutiny for the effectiveness of the tribunal itself. The Obama Administration tried to bring the plot’s ringleader, Khalid Sheikh Mohammed, to the U.S. for trial early in Obama’s first term but found it politically impossible to do so. Since then, every development at the tribunal has been viewed as a potential judgment on whether military trials are more or less effective than the U.S. court system, where al-Qaeda terrorists continue to be brought to justice with some regularity.

The current fits and starts at Gitmo are inevitably unfolding as part of that debate. The December delay came thanks to questions of whether one defendant, Ramzi Bin al-Shibh, was competent to stand trial after repeated outbursts at his hearings. Monday’s delay, with luck, will be shorter: proceedings are expected to start again Tuesday. 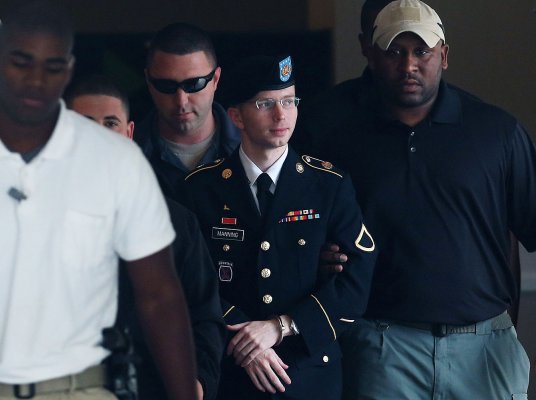