A man watches rescue workers working at the wreckage of Algerian military transport aircraft after it slammed into a mountain in the country’s rugged eastern region, Feb. 11, 2014. A civil defense official said 102 people on board were killed but one person managed to survive. The U.S.-built C-130 Hercules transport crashed about noon near the town of Ain Kercha, 50 kilometers (30 miles) southeast of Constantine, the main city in eastern Algeria.
Mohamed Ali—AP
By Denver Nicks

A military plane carrying members of the Algerian armed forces and their relatives crashed in the mountainous northeast of the country Tuesday, killing all but one of the 103 people aboard the flight, according to local reports. Rescue crews searching through the wreckage found a sole survivor hours after the crash, according to an Algerian civil defense commander.

The plane, believed to be a Hercules C-130, crashed in the mountainous Oum El Bouaghi province roughly 240 miles east of Algiers. A source told Ennahar radio there were no survivors, according to the BBC. The flight had been en route from Ouargla in southern Algeria to Constantine in the northeast, with 99 passengers and four crew members.

The army has not yet officially confirmed the crash.

This post has been updated to reflect the discovery of one survivor. 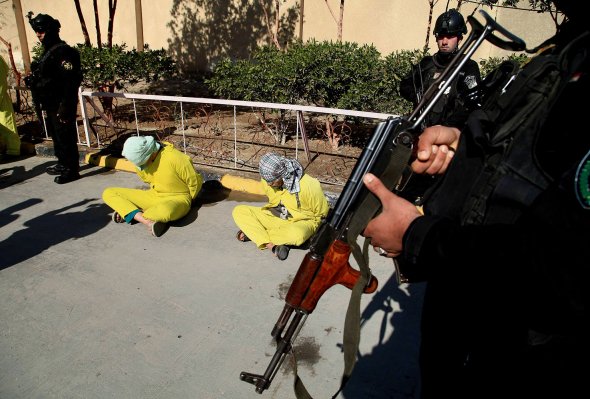