For those young people — and their parents — who think that smoking pot in moderation isn’t harmful, it’s time to think again.

A study released this week by researchers from Northwestern University’s Feinberg School of Medicine and Harvard Medical School has found that 18- to 25-year-olds who smoke marijuana only recreationally showed significant abnormalities in the brain.

“There is this general perspective out there that using marijuana recreationally is not a problem — that it is a safe drug,” says Anne Blood, an assistant professor at Harvard Medical School and the co-senior author of the study, which is being published in the Journal of Neuroscience. “We are seeing that this is not the case.”

The scientists say theirs is the first study to examine the relationship between casual use of marijuana in young people and pot’s effects on two parts of the brain that regulate emotion and motivation. As such, it is sure to challenge many people’s assumptions that smoking a joint or two on the weekends is no big deal.

It has certainly challenged mine. In a piece earlier this year, based on other research from Northwestern on the effects of heavy marijuana use, I suggested that young people should hold off on smoking pot as long as possible because their brains are still developing and the earlier the drug is taken up, the worse the effects. That remains good advice. Yet the truth is, I’ve not only been telling my own 16-year-old son to hold off, I’ve also been counseling him that should he ever decide to use pot, he should do so with temperance.

This “everything in moderation” mantra has always struck me as more realistic than preaching total abstinence. Baked into my message, meanwhile, has been the implicit belief that smoking a little weed on the weekends is no worse than having a few beers — a notion that many Americans apparently share.

A nationwide NBC/Wall Street Journal poll conducted last month found that only 8% of adults think that marijuana is the most harmful substance to a person’s overall health when lined up against tobacco, alcohol and sugar. In contrast, 49% of those surveyed rated tobacco as the most harmful on the list, while 24% mentioned alcohol. Notably, even sugar — at 15% — was considered more harmful than pot.

The new Northwestern-Harvard study punches a hole in this conventional wisdom. Through three different methods of neuroimaging analysis, the scientists examined the brains of 40 young adult students from Boston-area colleges: 20 who smoked marijuana casually — four times a week on average — and 20 who didn’t use pot at all.

Each group consisted of nine males and 11 females. The pot users underwent a psychiatric interview to confirm that they were not heavy or dependent marijuana users.

“We looked specifically at people who have no adverse impacts from marijuana — no problems with work, school, the law, relationships, no addiction issues,” says Hans Breiter, a professor of psychiatry and behavioral sciences at the Feinberg School and co–senior author of the study.

The scientists examined two key parts of the brain — the nucleus accumbens and the amygdala, which together help control whether people judge things to be rewarding or aversive and, in turn, whether they experience pleasure or pain from them. It is the development of these regions of the brain, Breiter says, that allows young people to expand their horizons, helping them appreciate and enjoy new foods, music, books and relationships.

“This is a part of the brain that you absolutely never ever want to touch,” Breiter asserts. “I don’t want to say that these are magical parts of the brain — they are all important. But these are fundamental in terms of what people find pleasurable in the world and assessing that against the bad things.”

Breiter and his colleagues found that among all 20 casual marijuana smokers in their study — even the seven who smoked just one joint per week — the nucleus accumbens and amygdala showed changes in density, volume and shape. The scientists also discovered that the more pot the young people smoked, the greater the abnormalities.

The researchers acknowledge that their sample size was small and their study preliminary. More work, they say, needs to be done to understand the relationship between the changes to the brain they found and their impact on the day-to-day lives of young people who smoke marijuana casually.

“The next important step is to investigate how structural abnormalities relate to functional outcomes,” says Jodi Gilman, an instructor at Harvard Medical School who collaborated on the study.

This is especially important, she and her colleagues add, in light of the growing push to legalize recreational marijuana use across America. “People think a little marijuana shouldn’t cause a problem if someone is doing O.K. with work or school,” Breiter says. “Our data directly says this is not so.” 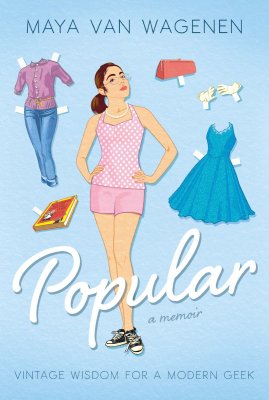 How to Be Popular Without Being Mean: The Method That Got a Girl a Book Deal
Next Up: Editor's Pick