Your Grilling Season Budget Just Went Up in Smoke

It’s finally the time of year to break out the barbecue and cook outdoors. Now if only you could afford some steaks to toss on the grill.

This shouldn’t be coming as a surprise. Beef prices have been rising sharply since the beginning of the year, and the increases have come as a result of factors in play long before then. Thanks to long periods of drought, shrinking cattle herds, soaring feed prices, and high demand among consumers, analysts have been saying that beef prices will remain high for years to come.

So this week’s Associated Press headline indicating that beef prices in the U.S. have hit their highest levels in nearly three decades shouldn’t catch anyone off guard. Just how high are prices? USDA choice-grade beef reached $5.28 a pound in February, up from $4.19 a year prior and $3.97 in 2008, according to the Los Angeles Times.

Retail beef prices usually decrease after the winter holidays, hand in hand with a fall-off in demand after the period of New Year’s parties and Christmas gatherings is over. But that never really happened in early 2014. A Department of Agriculture reported released earlier this year indicated that average beef prices were up to $5.04 per pound, a record high that was quickly surpassed when the next Department of Agriculture study was published.

What’s a hungry home griller to do? Well, there’s always Meatless Monday. Long before the dramatic rise in beef prices, the concept of scaling back on meat consumption has been pushed as a way to improve one’s health and finances. Data cited by Bloomberg News indicates that Americans are eating less red meat than they have in the recent past. The USDA forecasts that Americans will eat an average of 101.7 pounds of red meat this year, compared to 104.4 pounds in 2013.

Even so, due to the exceptionally small number of cattle in the U.S., as well as growing demand for beef overseas, the supply-demand ratio has pushed prices higher—and likely, higher still down the road. Understandably enough, beef prices generally rise during “grilling season,” which peaks from Memorial Day to Labor Day.

Penny-pinching experts always roll out essentially the same handful of tips for coping with higher meat prices. You can make do with cheaper cuts, for instance, or eat more pork, poultry, or yes, even vegetables. Buying in bulk—at a warehouse club like Costco, or perhaps via a service like Zaycon Foods, which sells meat wholesale in church parking lots and other prearranged locations—is a classic bit of advice.

In fact, not that this will do us much good now, but back in January, observers who were taking note of the trajectory of wholesale prices were advising people to stock up on beef and freeze what meat couldn’t be used in the short-term. Prices were high then, but forecasts indicated that they’d be higher later on. And now we know, the forecasts were correct. 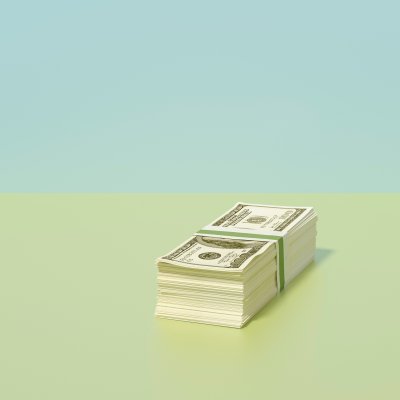 Here's How to Spend Your Way to Euphoria
Next Up: Editor's Pick