Age of Empires Is Going Free-to-Play, Like It or Not

Who wanted a free-to-play version of Microsoft’s old history-minded real-time strategy game Age of Empires — show of hands? All I can see is mine not going up. I wouldn’t have expected a series like AoE to head in this direction, but then I guess I’m just blinkered, since the future’s inexorably micro-transactive.

Not that free-to-play can’t work for a real-time strategy game. “Recreate history with your hands,” claims the trailer above, even if history’s already been recreated plenty with hands holding mice and keyboards. I suppose the more important question at this point is who’s designing the thing, and we do know that: a company called KLab (I assume KLab America, specifically), whose prior mobile games include Eternal Uprising: End of Days, Crystal Casters, Rise to the Throne and Lord of the Dragons.

I’ve played none of those, and so have no insight into the studio’s competence at this point. The reaction to the YouTube video’s been predictably negative, of course, because the presumption is — rightly or wrongly — that taking a beloved and sophisticated strategy game mobile and free-to-play is just a cynical ploy to generate piles of cash, and above all else, an abandonment of original series developer Ensemble Studios’ principles.

Age of Empires: World Domination, which is what they’re calling the forthcoming iOS, Android and Windows Phone take on the series, employs a new battle system (obviously), and lets you play as the Celts, Vikings, Franks or Huns. The game should be available sometime this summer. 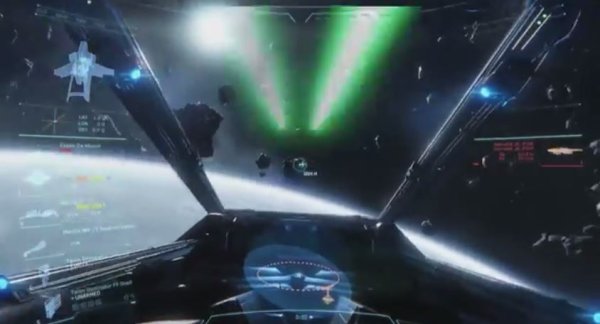 Check Out 12 Minutes of Star Citizen Not Being the Game You'll Play
Next Up: Editor's Pick