Ideas
By Renee Bracey Sherman
Bracey Sherman is an abortion activist; the founder of We Testify, an organization dedicated to the leadership and representation of people who have abortions; and the co-author of the forthcoming book Countering Abortionsplaining (Amistad/Harper Collins).

In the wake of the Supreme Court’s leaked draft opinion declaring their decision to overrule Roe v. Wade and allow states to recriminalize abortion, Americans have turned to their pro-choice elected officials looking for a plan. While some local legislators have offered creative solutions to ensure abortion will remain available to as many people as possible, such as allotting funding for people traveling to their cities and states, declining to prosecute those accused of terminating a pregnancy, and promising not to extradite abortion providers to other states for prosecution, federal legislators have been far less inspiring, largely telling abortion rights supporters to vote for them in November.

That’s it. That seems to be the full plan for this constitutional crisis threatening a right established nearly 50 years ago, the right for all of us to decide if, when, and how to grow our families, one that serves as the bedrock of our right to marry whom we love and anything else that falls under our right to privacy. As a someone who had an abortion at 19 and organizes people who have abortions to share our stories, I am befuddled. The Democratic Party holds control of the House, the Senate, and the White House, it’s not like any of this came as a surprise, and yet here we are, at the proverbial cliff, being asked to wait just a little while longer. That should scare and infuriate all of us.

Let me tell you something: the worst thing you can do to someone who needs an abortion is ask them to wait a while longer. That’s why state-mandated delays of 24, 48, and 72 hours are so cruel. Even with Roe v. Wade in place, pregnant people are being forced to travel out to state, arrange childcare and time off work, and spend money they don’t have just to get abortion care. Now, it’s likely to get worse and we’re being asked to wait another six months in hopes that Democrats will win in the midterms.

At what point will Democrats deliver on their promises?

I understand the issue: Thanks to Democrats like Senator Kyrsten Sinema and Senator Joe Manchin, who obsess over outdated procedures like the Jim Crow filibuster rather than actually taking actions that would benefit the American people, the Women’s Health Protection Act cannot pass the Senate. But it’s always something, isn’t it?

It’s been decades of something.

In March 2010, in order to get the support of anti-abortion Democrats, President Obama signed an executive order that reaffirmed the Hyde Amendment, which blocks federal funds from being used to pay for most abortions, and said it applied to the Affordable Care Act. This action allowed states to ban abortion coverage from insurance marketplaces. The next year states also enacted a record number of abortion restrictions. Abortion activists, who had long pushed to overturn the Hyde Amendment (first passed in 1976), were told we’d have to keep waiting.

After President Trump won, we were told that Democrats needed a “big tent” party—one inclusive of anti-abortion Democrats—in order to win back the house in 2018. Meanwhile, Democrats like Governor John Bel Edwards in Louisiana signed some of the worst anti-abortion restrictions largely without public ostracization from his fellow Democrats. Every campaign season, PACs, super PACs, and candidates warn about the potential fall of Roe, urging supporters to donate if they care about their constitutional rights. Then after they win, these elected officials don’t take much action. Even as the Supreme Court leak was making headlines, top Democrats were rallying the vote for the last anti-abortion Democrat in the House.

So when they say vote for us to protect abortion, I’m simply asking how? After we vote, then what?

In 2020, Democrats asked for our vote so they could protect our rights. I remember the slogans flying around the internet after the presidential election and the Georgia run-off declaring that Black women saved the Democratic Party and the nation, yet Black women are asking for abortion access and there’s no plan to be found. Democrats have failed again and again to protect voting rights during the first two years of the Biden Administration, so the one solution they have to offer is the one that is actively being suppressed, gerrymandered, and rigged. And there’s no plan to fix that either.

To be clear, I am not suggesting that anyone not vote or vote for legislators who would take away their bodily autonomy. Quite the opposite. I am asking that the people we do put in office keep their promises and deliver. I am asking, how many votes do we need to cast before we’ll see some action? At what point will abortion stop being a fundraising tactic and actually become the focus of an economic and racial justice policy agenda?

I was raised to believe that voting is one of the most important things we can do in a democracy. It was something my Black grandparents and elderly relatives couldn’t do for a long time. I love voting. Voting is critical, especially at the local level. But voting should produce change and we’re still waiting. It’s disgrace that our elected officials have no plan other than asking us to once again use a system that’s faulty at best to help them retain power when they won’t use the power they have. It’s always about the next election and not the people who need help here and now.

We already voted. Now it’s time for our federal officials to do their jobs. 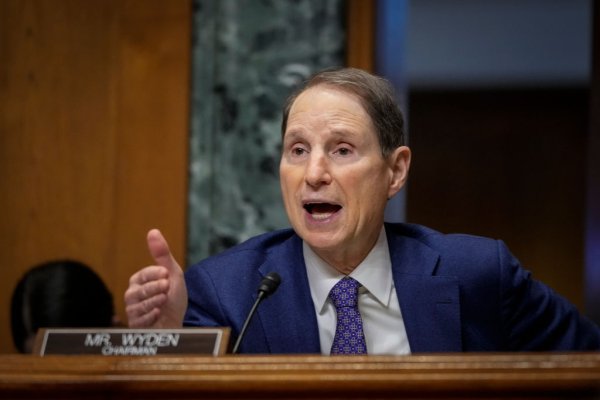 How a Digital Abortion Footprint Could Lead to Criminal Charges
Next Up: Editor's Pick