If Roe v. Wade Is Overturned, Our Clinic Will Stop Providing Abortions Immediately. But We Won't Shut Down

Today, like most weekday mornings, there will be about a dozen women at various points in early pregnancy patiently waiting for their appointments at West Alabama Women’s Center, where we work. Some of them will be there for an aspiration abortion. Others will be waiting to see a nurse for bloodwork and counseling and to receive large glossy booklets of fetal images that the state requires they have in their possession for at least 48 hours before terminating a pregnancy. The afternoon will be even busier, with as many as 15 patients at a time coming to obtain the first pill of their medication abortions, as even more “first days” arrive for their time with the nurses, the “informed consent” materials, and the start of their 48-hour countdown, too.

Our waiting rooms have swollen with patients over the last few months as clinics closer to Texas overflow with displaced Texans seeking care. They’ve push Louisiana patients to Mississippi, Mississippi patients to us, as eventually we’ve become one of the only clinics able to book appointments within a week of their initial call. Just Texas banning abortion after six weeks has crippled the remaining clinics in the South. Now, if a leak of an early draft of a Supreme Court decision is to be believed, the majority of the Justices are prepared to overturned Roe v. Wade as well as Planned Parenthood vs. Casey, which affirmed it, and almost all of the rest of the South will be closing as well.

Read More: The Battle Over the Future of the Anti-Abortion Movement if the Supreme Court Overturns Roe v. Wade

Reversing Roe v. Wade doesn’t just mean the process of returning the legality of abortion back to the states. For Alabama, where West Alabama Women’s Center is one of three remaining abortion clinics, legal abortion will end the moment that the U.S. Supreme Court says the very words “Roe is overturned.” While 13 states have a variety of “trigger bans” that will make abortion illegal within weeks or even days of the Court’s ruling, Alabama has an abortion ban that predates Roe – one that makes abortion a jailable offense for both provider and patient. Once the Court makes its decision official, any procedure or pill provided afterward is instantly a crime.

From every day here on out, we know that our practice must revolve around the reality that if decisions are on the Supreme Court’s calendar, we must be prepared for our work to shift from completely legal to something that can get everyone arrested in a matter of seconds. It could be as abrupt as the moment between one patient swallowing a pill and the next patient receiving her water cup. A patient in the waiting room may end up with a legal abortion just by virtue of her number in line, while the rest may unfortunately be sent home. Or in the most horrifying of possibilities, a person could learn that the right to a legal abortion has disappeared while she literally lies on the exam table waiting for her procedure to begin.

For a person who is pregnant and does not want to be, every second can feel endless. And now we know that in one second the entire landscape may shift, and her right to a legal abortion could be ripped from her hands. She may have followed every rule and restriction forced on her by the Alabama legislature: her mandatory 48-hour wait, her ultrasound, her multiple visits. She may have scraped together her payment, found childcare, requested time off from work, and even traveled across state lines. All this effort would be wasted if she happened to schedule her abortion on the morning the Supreme Court announces that a zygote now has more rights than any pregnancy-capable person in the state of Alabama.

Read More: ‘Keep Listening to My Voice.’ What It’s Like to Be an Abortion Clinic Escort

Our clinic has been planning for this moment since December, and we will do all we can to keep abortion accessible until we legally cannot. We also won’t close our doors once that happens. When abortion is illegal, patients will manage their own care and will need a safe place to go for follow-ups without fear of being turned into the police. There will be people miscarrying who will be unable to get medical help because doctors will be too scared of being accused of performing illegal abortions. We will fill the gaps that already exist in a state without Medicaid expansion, with the third highest maternal mortality, and that ranks 47th in child well-being – gaps that will only get worse as more people are forced into births they don’t want.

Bodily autonomy is a human right that supersedes any Supreme Court decision, and we know that ending legal abortion will not end abortion itself. While it may take only one moment for abortion to become a crime, we vow to work as long as necessary because we believe that one day it will be legal again. 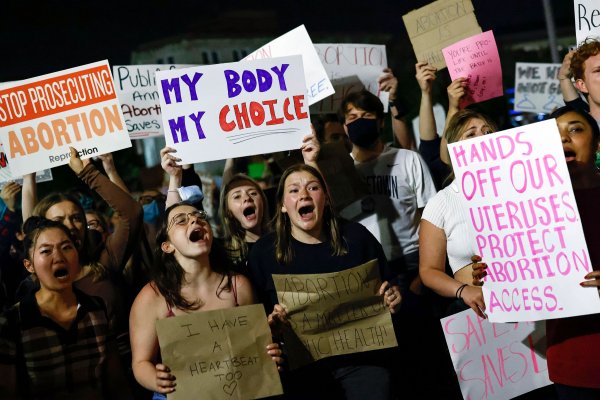 The Enormous Consequences of Overruling Roe v. Wade
Next Up: Editor's Pick