Updated 4/14/14 at 3:33pm to include McConnell’s first quarter fundraising numbers.

“As Kentuckians learn the truth about Sen. McConnell’s record of repeatedly caving to President Obama and his long history of votes for bailouts, amnesty, and funding for Obamacare, they have rallied to our campaign,” Bevin, a businessman and first time candidate, said in a statement. “With the help of these grassroots conservatives, we will make history when we win on May 20.”

McConnell’s campaign announced Monday it raised $2.4 million in the first quarter of 2014 for a total this cycle of $22.3 million and ended the quarter with $10.4 million cash on hand in what will surely end up as one of the most expensive Senate campaigns ever waged. And despite the strong first quarter fundraising figure, Bevin still trails McConnell in polls by more than 30 points.

But Bevin’s fundraising, on the strength of endorsements from local and national Tea Party groups, shows the Tea Party is not going quietly into the night, despite—or perhaps because of— McConnell’s threat to “crush” Tea Party insurgents this cycle. Tea Party candidates who upset mainstream Republicans are widely believed to have cost the GOP the Senate majority in the 2010 and 2012 cycles.

While Bevin is unlikely to catch McConnell in the polls with 42 days left of campaigning, he can force McConnell to spend more money to defend himself in radio and television ads, money that McConnell would prefer to save for a tough general election against the likely Democratic candidate, Kentucky Secretary of State Alison Lundergan Grimes.

The race is expected to cost more than $100 million in total. And in the end Republicans might have to make a Sophie’s Choice: If, in the final sprint, McConnell is still struggling, do they spend their money to save him, or the Senate majority? As my story on McConnell in this week’s print magazine outlines, Kentucky voters and Senate Republicans both will have to decide: how much is a leader worth? 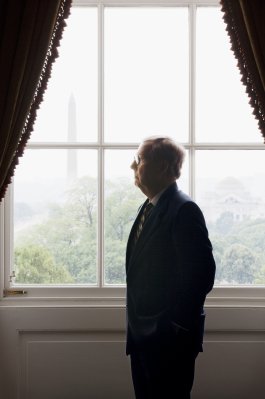 The Humbling of the Senate Master
Next Up: Editor's Pick