The SLS moon rocket topped by the Orion spacecraft stands at launch complex 39B following an overnight rollout from the Vehicle Assembly Building at the Kennedy Space Center in Cape Canaveral, Fla. on March 18, 2022.
Paul Hennessy—Anadolu Agency/Getty Images
By Jeffrey Kluger

It is a fact of orbital mechanics that the moon is steadily receding from the Earth. Every year the distance between the two worlds grows by 3.78 cm (1.48 in.), or about the speed at which our fingernails grow. That’s not much compared to the overall 384,472 km (238,900 mi.) average distance between the Earth and the moon, and there’s no reason to worry that the moon will be bidding us farewell any time soon. Still, ever since April 1—and especially in the last week—the gap between the Earth and the moon suddenly seems wider than ever. For that, you can thank issues with the Space Launch System (SLS), NASA’s brand new mega-rocket designed to return American astronauts to the lunar surface sometime this decade.

It was on March 17 that the towering 98 m (322 ft.) rocket emerged from its hangar in the Kennedy Space Center’s Vehicle Assembly Building (VAB) and began its slow creep out to its launch pad. The rocket wasn’t getting set to fly, but rather to undergo what NASA calls a wet dress rehearsal. That involves filling the giant machine’s tanks with 2.8 million liters (730,000 gal.) of liquid oxygen and hydrogen fuel and running a simulated 45-hour countdown, taking it down to the T-minus 9.3 second mark before stopping the exercise, draining the fuel and rolling the SLS back to the VAB for further readying. The initial steps of the exercise began on April 1, and let’s just say that if a Broadway-bound show had a dress rehearsal anything like what the SLS has had, the whole production would close out of town.

As NASA reports in an admirably candid blog, the last 15 days out at launchpad 39B have involved one headache after another, with serial breakdowns repeatedly forcing the countdown to be stopped. Among the most serious problems is a stuck helium valve on the rocket’s second stage that has prevented that stage from being loaded with fuel. The problem can’t be repaired on the pad, but only back in the VAB—meaning that even if the rest of the work went perfectly, the wet-dress rehearsal would still not be run to its planned completion.

NASA has not said how many more times it will attempt wet-dress rehearsals before giving up. What it has said is that, one way or another, it will stay on the job and that the SLS will ultimately fly. For that bit of cockeyed optimism, NASA has history on its side. As veteran space reporter Bill Harwood of CBS reports, back in the 1960s, an intended six-day countdown of the venerable Saturn V rocket took 17 days to complete—longer than the SLS has so far been at it. As history notes, the Saturn V ultimately flew, taking nine crews of astronauts to the moon and back. May the SLS have the same good fortune.

This story originally appeared in TIME Space, our weekly newsletter covering all things space. You can sign up here. 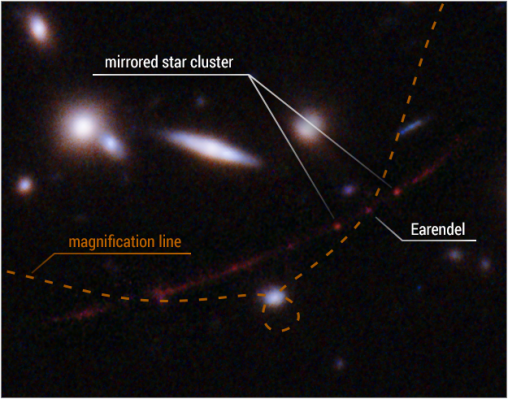 The Hubble, About to Be Outclassed, Is Still Making Record-Setting Discoveries
Next Up: Editor's Pick