Robyn Gets Ready to Do It Again With New EP: Listen

It’s time to call your girlfriend and let her know that when May 26th comes around, the only thing you’ll be listening to is the new EP from Scandinavian pop superheroes Robyn and Röyksopp.

The platinum-blond pixie behind “Dancing On My Own” announced the Do It Again tour with Norwegian duo Röyksopp earlier this year, but on Monday the performers revealed plans for a collaborative mini-album of the same name. Even better, the news also came with a minute-and-a-half preview of the eerie mid-tempo “Monument,” which you can hear above.

On her last album, 2010’s Body Talk, Robyn didn’t just wow listeners with her poignant electropop, she also impressed them with her work ethic. Robyn released the album in three parts over the span of one year to minimize fans’ wait for new music while she toured and recorded simultaneously.

Perhaps that experiment didn’t work: Besides the news that she’s been in the studio with Janet Jackson hitmaker Jimmy Jam (of Jimmy Jam and Terry Lewis fame), it’s practically been radio silence from Team Robyn—until now. Time to dust off your reverse-somersault floor-hump. 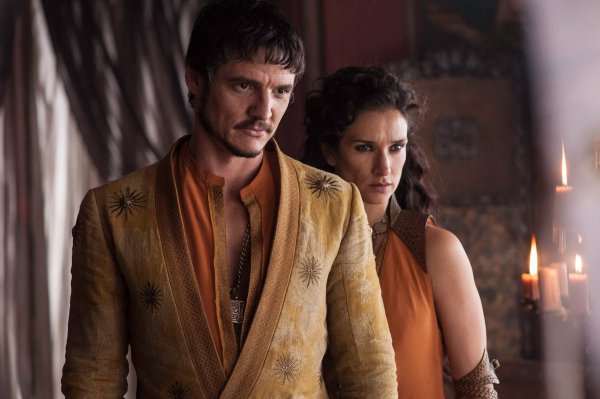 The Real History Behind the Game of Thrones "Ward" System
Next Up: Editor's Pick