Why These Westerners Disavowed Imperialism to Fight for India's Independence

Mira Behn helping Gandhi repair his spinning wheel
Courtesy of the Sabarmati Ashram Archives
Ideas
By Ramachandra Guha
Guha is a historian based in Bengaluru. His book, Rebels against the Raj: Western Fighters for India’s Freedom, has just been published by Knopf.

For Western historians, the news of democratically minded volunteers from other countries enlisting to fight with the Ukranians against their Russian invaders might bring to mind the creation of the International Brigades during the Spanish Civil War. But there may be some Asian resonances, too. I am thinking in particular of the remarkable, but sadly forgotten story, of the British and American fighters for India’s freedom. From the late 19th century onwards, a series of exemplary individuals disavowed their citizenship of powerful, white, imperialist nations to live with and struggle alongside the subordinated peoples of the Indian sub-continent.

In India itself, these rebels against the Raj are only dimly remembered, mostly through landmarks which carry their names. When, back in 1995, an alliance of two nativist parties came to power in the major state of Maharashtra, of its first acts to rename the state capital, Bombay as Mumbai, in consonance with how the city was called in Marathi, but also a nod to a local (but previously rather obscure) female deity named Mumba Devi. A surge of other renamings followed. The city’s main railway station, a magnificent Neo-Gothic building known as the Victoria Terminus, and its main public repository of art and sculpture, known as the Prince of Wales Museum, were both now named for Shivaji, as was the city’s airport itself. (As the joke went, one landed at the Chattrapathi Shivaji Airport to take a train to the Chattrapathi Shivaji Terminus to visit the Chattrapathi Shivaji Museum.) The great Shivaji was by no means the sole beneficiary of this nativist surge, as roads, squares, markets and buildings previously named for British colonial officials and Muslim rulers now acquired new monikers drawn from a more authentically Hindu and especially Marathi pantheon of politicians, social reformers, writers and musicians.

Only a few among Bombay’s great landmarks escaped this purge. They included a key arterial road through the heart of the city, which is still officially known as the Dr. Annie Besant Road, and a lovely shaded park opposite the gorgeous building built in the early 19th century that houses the Asiatic Society, and which is still known as the Horniman Circle. Even the Shiv Sena dared not tamper with these names, for they honoured foreigners who had truly and thoroughly become Indian.

Annie Besant is a name that might still be vaguely familiar to some historically-minded readers of Time. Three-quarters Irish, a socialist and suffragette in her British youth, in her forties she embraced the then popular creed known as Theosophy, founded by a Russian mystic named Madame Blavatsky, who claimed to be in communion with Himalayan sages. Her embrace of Theosophy inspired Annie Besant’s move to India, where she helped establish girls’ schools and a major university, before becoming a leader of the Indian Home Rule movement. In 1917, Besant was chosen the first female President of the Indian National Congress.

The Englishman after whom the park in Bombay is named, B. G. Horniman, remains unknown to most Indians, yet in his day he was a considerable figure, the editor of a major newspaper, the Bombay Chronicle, which strongly supported Gandhi and the freedom struggle. Horniman was a radical who campaigned for the rights of workers and peasants, and also established the first trade union for journalists in India. (He was also gay, who loved particular Indians as well as India in general, though given the climate of the times the former preference had to be kept hidden.)

People like Horniman and Besant complicate the popular narrative of nationalism, which features brave Indian men and women resisting racist and oppressive British men and women. Later this year, India will celebrate the 75th anniversary of its independence from colonial rule. There would have been much chest-thumping anyway—but now, under Prime Minister Narendra Modi, this is going to take on a hyper-nationalistic and even xenophobic tone, with much bragging about how Indians alone, and perhaps Hindus most especially, have enabled the past, present and future glories of our country. It is here that it behooves the historian to recall those exemplary foreigners who were renegades to their race, their nation, and even their religion, identifying so completely with their adopted homeland to be ostracized, scorned by their fellow whites, or even arrested (as Besant was) or deported from India to the U.K. (as Horniman was).

I have mentioned two rebels against the Raj, yet there were others too, who were no less remarkable. Samuel Stokes was an American Quaker who lived for the first four decades of the 20th century in the villages around the imperial summer capital, Simla; where he courted arrest in Gandhi’s non-cooperation movement, led a struggle to abolish forced labour, married a local girl and raised a family with her, converted to Hinduism (changing his name from Samuel to Satyanand), and—not least—promoted the cultivation of apples, laying the foundations of what is now a thriving agro-horticultural industry that has benefited tens of thousands of peasant families. Philip Spratt was a Cambridge University Communist who came to India in 1926 to foment a Soviet-style revolution , was arrested and spent a long period in jail, where reading Gandhi’s writings cured him of Marxism. Like Stokes, he too married an Indian lady, raising a family with her in Bangalore, where, after the country became Independent, Spratt edited an influential weekly magazine that campaigned against the State’s stifling of entrepreneurial energies through the imposition of a ‘license-permit-quota-Raj’, while somehow finding time to write an important and still-cited study of the Hindu personality from a psychoanalytic perspective.

Consider next, a female British duo who worked with Gandhi, before each becoming a pioneering environmentalist. Madeline Slade was the daughter of a British admiral who came out to India in 1926; changing her name to Mira, she spent long periods in the jails of the Raj because of her identification with the freedom movement. In the late 1940s she moved to the watershed of the river Ganges, where she spent a decade working on combating deforestation, warnings of the damage caused to the soil by chemical agriculture, and more broadly focusing attention on the fragility of mountain ecosystems. Her compatriot Catherine Mary Heilemann came to India in the early 1930s to teach in a school in Udaipur; changing her name to Sarala, she went to jail in the Quit India movement of the 1940s before establishing her own school for girls in one of the most backward and patriarchal parts of the country—the hill districts abutting India’s borders with Tibet and Nepal. The wards of Sarala’s school became admired social workers in their own right, and several played a leading role in that most celebrated of environmental protests, the Chipko movement. Sarala died in 1982; two years before she passed away, she published a book with the resonant title, Revive our Dying Planet.

Some of these rebels, such as Annie Besant and Satyanand Stokes, died while the British still ruled the sub-continent. Others lived on for decades afterwards, now holding the state and government of their adopted nation to account. Apart from Spratt, Mira and Sarala, these white-skinned conscience-keepers of independent India included R. R. (‘Dick’) Keithahn, a Midwestern American who came out in the 1920s as a missionary, was expelled by the Church as well as deported twice for his proximity to Gandhi, returning each time to renew his commitment to land reform, sustainable agriculture, and the abolition of caste and gender distinctions. Keithahn also wrote insightfully about the parallels between caste and race, and even briefly corresponded with Martin Luther King. He worked most of his life in the state of Tamil Nadu; he died there in 1984, in a fellowship hospital that he helped found in the small town of Oddanchatram.

In this 75th year of our independence, the stories of these daring and at times reckless boundary-crossers need to be better known in India. And in other lands, too. For the lives and doings of these individuals constitute a morality tale for the world we currently live in. This is a world governed by paranoia and nationalist xenophobia, with the rise of jingoism in country after country, and a corresponding contempt for ideas and individuals that emanate from outside the borders of one’s nation. Narendra Modi and the Rashtriya Swayamsewak Sangh in India, Donald Trump and the white supremacists in America, Boris Johnson and the Brexiteers in England, Xi Jinping and his Confucian Communist Party in China, Vladimir Putin and his revanchist regime in Russia—all see themselves as uniquely blessed by history and by God. No foreigner, they believe, can teach them anything. The stories of Besant, Horniman, and company tell us otherwise. 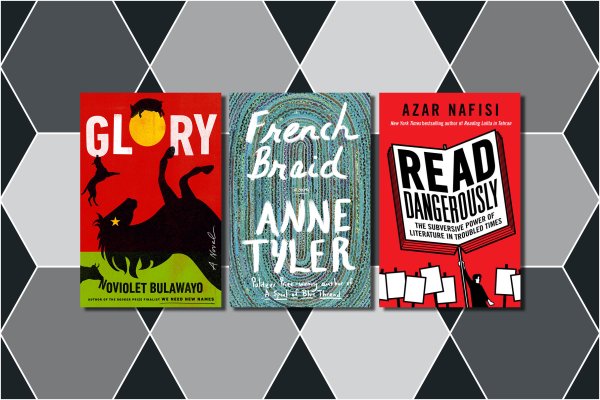 The 10 New Books You Should Read in March
Next Up: Editor's Pick