On March 1, Sama told employees who moderate content for Facebook in Kenya that they would be receiving significant pay increases, following a TIME story that drew attention to conditions in the office.
Khadija Farah for TIME
By Billy Perrigo

Facebook content moderators based in Kenya will receive a salary increase of between 30% and 50%, in a move announced two weeks after a TIME investigation drew attention to low pay, poor working conditions and alleged union-busting by Sama, the outsourcing company that is their direct employer.

Every content moderator will receive an extra 20,000 Kenyan shillings ($176) per month, Sama told employees in a meeting on Tuesday, according to sources who attended.

The raise means that the lowest-paid Facebook content moderators at Sama will now take home around 50,000 Kenyan shillings ($439) each month after tax, or around $2.20 per hour for a 9-hour working day. This is up from around $1.50 per hour previously. Sama also promised that all content moderators would receive a yearly bonus worth one month of their salary, as an incentive to remain at the company, according to the sources.

Even with the pay rise, Sama employees remain some of Facebook’s lowest-paid workers anywhere in the world. By comparison, outsourced content moderators for Facebook in the U.S. are paid a typical starting salary of $18 per hour.

In the meeting on Tuesday, Habel Kamau, a human resources director at Sama’s Nairobi office, said that the salary changes were not a result of the TIME article. “The truth is that this conversation was still going to happen with these events occurring or not,” he said.

Kamau added that the pay increase had been made possible because of decisions to cut budgets elsewhere within Sama and did not indicate that the company would receive any more money from Meta, Facebook’s parent company, to cover staffing costs. Sama did not immediately respond to requests for comment. Meta declined to comment for this article.

The meeting did not address TIME’s revelations that Sama managers have been accused of suppressing a unionization effort in 2019. Daniel Motaung—a whistleblower and former employee who led more than 100 Sama workers in an attempted strike—told TIME that he had been fired following his efforts to secure better pay for staff.

In a statement to TIME, Motaung welcomed the news of the pay rise, but said that it was too low. He noted that in 2019, organizing employees had called for their pay to be doubled. “This increase will make a difference but it won’t change their lives,” Motaung said in the statement. “They still won’t be able to buy a house or feed their families in line with the ‘lifting the poor out of poverty’ narrative that Sama continuously boasts about.”

TIME spoke to several serving content moderators at Sama who were pleased with the pay hike, but others said their feelings were mixed. “It is still not enough,” one worker said, noting that content moderators based in different countries are still paid significantly more.

On Feb. 14, the day TIME’s article about Sama was published, a Meta employee shared the story to the company’s internal employee forum, Workplace.

The second comment, from another employee, was longer. “This was extremely difficult to read and that’s all the more reason why everyone should read it—to learn about the real human cost of the way we do work,” the employee wrote.

“Our response worries me,” the comment continued, referring to the official statement a Meta spokesperson had provided for the story, which said that the company regularly conducts audits of third-party content moderation providers like Sama. “To me this means either: 1) we didn’t audit this vendor, 2) we audited them, knew this was happening, and we’re OK with it, 3) we audited them but our audit missed this. None of these scenarios sound good and I hope I am missing something.”

The employee said that publishing the findings of any Meta audits of Sama’s Kenya office “would be great for transparency and help instill confidence in what we do. And if we aren’t comfortable publishing our audits, that seems like something we should fix.”

Meta did not acknowledge a request from TIME to share the audits.

Sama’s reaction to the TIME story

Two days after the publication of TIME’s story, Sama published a blog post on their website titled “What TIME got wrong.”

The blog post did not address Motaung’s allegations of union suppression, but said the company’s earlier rate of pay was fair. “To be clear, there was never a strike and the article falsely alleges that Sama does not compensate its employees fairly,” it said.

In the blog post, Sama said that it capped the work week for all content moderators at 37.4 hours per week. But content moderators who spoke with TIME said that this figure only includes the time that they are expected to be logged into Facebook’s systems and looking at content, not the rest of the time that they are contractually obligated to spend doing their jobs, such as attending meetings. Sama employment contracts viewed by TIME say that employees can be expected to work for up to 45 hours per week.

Employees say they are currently expected to work 40-hour weeks including attending meetings and wellness time, or 45-hour weeks if their daily hour-long breaks are included. TIME has also seen emails sent by Sama managers in 2019 instructing employees to be on duty for the full 45 hours, not including breaks, due to “client [Facebook] demand.” When employees complained, managers pointed them to clauses in their contracts that said they were required to work for up to 45 hours per week with no extra pay.

In a statement on Tuesday, Cori Crider, the director of Foxglove, a legal NGO that is representing Motaung in a case against Sama, said that the news of the pay rise showed that “Daniel and the Alliance were right to stand up for their rights—and that his colleagues still at Sama have everything to gain from keeping the pressure on.” (The Alliance was the name of the group of employees who demanded a pay rise in 2019.)

“Moderators expect and deserve job security, for their pay to be doubled as they originally asked, real mental health support, and the right to negotiate with management as a union,” Crider added.

In his statement to TIME, Motaung said the concessions from Sama were evidence that Facebook content moderators would be successful if they keep raising their voices. “To my former colleagues and all the content moderators around the world, do note this move by Sama, and learn that speaking up against ruthless corporate power can bring about your salvation,” he said. “Organizing works! Keep pushing and you’ll get what you deserve.”

The original version of this story misspelled Habel Kamau’s name. 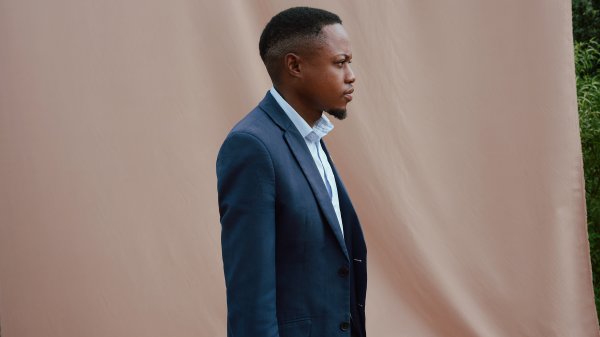 Inside Facebook's African Sweatshop
Next Up: Editor's Pick