Why Sanctions on Russia Won’t Work

As the U.S. and Europe roll out an arsenal of economic sanctions to combat Russia’s invasion of Ukraine, there is scant understanding that the financial interdependence of the crisis’s significant players means quick and easy solutions are unlikely to work. Worse still, imposing sanctions on Russia’s elite will do little if anything to bring order to what has fast-become chaotic.

Putin in the Sanctions Crosshairs

Nevertheless, news earlier this week that Russia ordered its military to take a “peacekeeping” role in disputed regions of eastern Ukraine, prompted the western democracies to impose sanctions on Russia.

Specifically, the U.S., U.K., and other countries slapped penalties on specific Russian companies and people. In the U.S., the sanctions list included some Russian banks and wealthy individuals and oligarchs. Plus, there’s a ban on purchasing the country’s debt. In short, these actions are aimed at hurting the rich and powerful in Russian President Vladimir Putin’s inner circle. The problem is that few experts think these actions will make much difference.

As it was under the Czars, the issue in Russia now is that the population is mainly poor – with average annual per capita income around one fifth of that in the U.S. Just a few ultra-wealthy individuals sit at the top of the economic pyramid. Ultimately, the poverty-stricken will feel the bite of sanctions far more than the elite. “Russia has always treated the poor as peasants,” Tchir says.

Other experts see more significant flaws in imposing sanctions. “The record of those actions is that they fail,” says Steve Hanke, professor of applied economics at Johns Hopkins University. “There are always workarounds,” meaning sanctions won’t stop the rich from getting money in or out of the country.

Indeed, Russia has been subject to sanctions for years dating back at least as far as the 2014 annexation of Crimea—and the behavior of the country has not changed in a positive way since then. As with the recently introduced penalties, the past sanctions were surgically applied to hit the elites.

Other countries have also weathered severe sanctions without improving their behavior. Hanke notes that U.S. sanctions on Venezuela haven’t pushed out the country’s authoritarian President Nicolas Maduro. Similar actions against Cuba didn’t get rid of dictator Fidel Castro. Likewise, Iran’s theocratic mullahs remain in charge despite more than four decades of harsh U.S. measures against the regime. The issue is that sanctions often prompt a country’s population to rally around the flag. “Whoever is imposing the sanctions are viewed as the enemy,” Hanke says. Put another way, a siege mentality takes over with people banding together to weather the economic storm.

Other nuances make the Ukraine situation far more complicated than it would at first seem. The matter revolves around the economics of two key parties. While the U.S. and Russia are not dependent on each other for much of anything, the same is not true of Europe and Russia. The latter two are effectively joined at the hip, at the very least when it comes to energy. And that means there cannot be a shock-and-awe style imposition of sanctions on Russia. A total economic blockade would likely hurt Europe as much as Russia.

“In the short and medium-term, it is almost impossible for Europe to phase out Russia’s energy,” says Elina Ribakova, deputy chief economist at the Washington-based Institute of International Finance. The point is not lost on Europe, which gets around a third of its natural gas from Russia. The gas is used for home heating as well as electricity generation across the continent.

Within the last year Europe experienced an energy crisis with prices skyrocketing. Suddenly energy insecurity became a real and present danger. Two matters have exacerbated the problem. First, lower flows of natural gas from Russia to Europe caused shortages and lifted energy costs for businesses and consumers alike. Meanwhile, European government policies have increasingly called for a phase-out of fossil fuels in favor of renewable energy such as solar and wind power. However, the phase-out of the old energy hasn’t been met by enough phase-in of the new.

At the same time, Russia needs Europe’s money. Revenue from energy exports accounts for approximately 40% of the country’s federal budget. Without that money there would be a gaping hole in the Russian government’s wallet. “It is highly dependent on getting money from the ground.” Ribakova says. For that reason, the idea that Russia would turn off the energy pipelines is seen as farfetched. “Russia wants to be seen as a reliable supplier,” she says.

All this means that while the White House might be apoplectic about Putin’s actions in Ukraine, the Russia-Europe economic entanglement may get in the way of a simple solution. “Russia wants the income and Europe can’t live without the oil and gas,” says Konstantinos Venetis, a senior economist at TS Lombard in London. Who will want to get in the way of that nominally beneficial relationship? 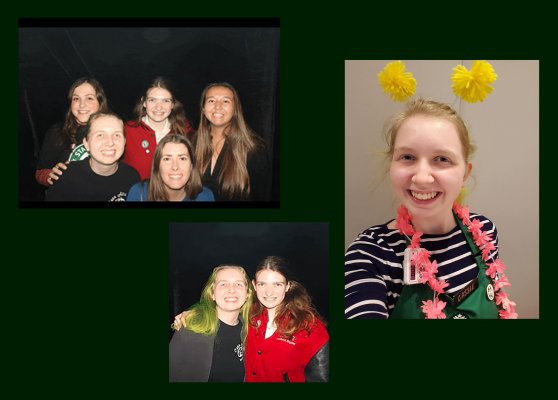 The Starbucks Unionization Fight Is Getting Messy
Next Up: Editor's Pick