For Passover, iPads Are on the Table

As tonight’s Passover Seder approaches, I was amused to see the New York Times pondering whether iPads and other devices should be allowed at the table for the annual Jewish holiday:

I’m currently in Maryland to celebrate the holiday with my family, and we were just having this debate over the weekend. It’s a topic that seems to be gaining momentum, with articles in the Jewish press preceding the Times‘ story.

There’s no right or wrong answer, at least for Reform Jews, and even conservative rabbis in the Times‘ story seem divided. (I’m assuming this debate isn’t happening in Orthodox circles, where electronics are forbidden during holidays.)

In my family’s case, we agreed the risk isn’t so much with being smitten by God, but with being distracted by all the other things a tablet can offer. It may be tempting, for instance, to peek at a Facebook notification or glance at your inbox when the iPad is already in your hands. And kids may have less willpower than adults in that regard.

But maybe that’s just a technological problem; Android’s restricted profiles and the Kindle Fire’s FreeTime feature could let users whitelist only the apps that are appropriate for the holiday.

In any case, we’re leaving the tablets off the table this year, though my mother says she’ll revisit the topic when her grandkids are a few years older. Something tells me we’ll still be having this debate then. 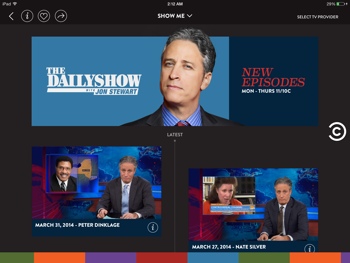 New App Lets You Watch Comedy Central Without Cable
Next Up: Editor's Pick