Hip hop finally had its moment at the Super Bowl Sunday night when legends Dr. Dre, Snoop Dogg, Kendrick Lamar, Mary J. Blige, and Eminem took to the stage for an electrifying halftime show at the So-Fi Stadium in Inglewood, Calif. The spectacular, high-energy performance was a powerful celebration of hip hop and its evolution over the last three decades, centering on the legacy of Dr. Dre, a pioneer of West Coast rap whose outsize influence on the genre helped shape the careers of his co-headliners, especially his protege, Eminem, and fellow hometown heroes, Snoop Dogg and Kendrick Lamar. It was also a fitting nod to the host city of Inglewood and the Los Angeles area.

The performance marked the first time the halftime show lineup consisted entirely of hip hop headliners—a move that some saw as the NFL’s bid to connect with fans and artists alike after many felt alienated by the league’s stance on Colin Kaepernick’s national anthem demonstration against police brutality and racial injustice, as well as growing tensions around race in the league.

Here are the best and worst moments of the 2022 halftime show.

Best: A loving homage to Los Angeles and the West Coast

It’s been 29 years since the Los Angeles area has hosted the Super Bowl, so when it came to the halftime show, the performances felt like a love letter to the city. From the set, which featured nods to Los Angeles area landmarks like the legendary music venue Eve After Dark and Compton burger joint Tam’s Burgers #21, to the choreography, which involved Snoop Dogg, clad in Rams blue and gold, doing his signature crip walk, the show was an outpouring of West Coast pride—none more evident than when Dre and Snoop took to the stage to perform “California Love.” Of course, the most cogent show of love for the city of Angels was in the talent lineup; tapping Dr. Dre, the godfather of West Coast rap, and hometown heroes like Snoop Dogg, Kendrick Lamar, and Anderson .Paak made for a show that was truly unforgettable.

As if having five titans of hip hop headlining the halftime show wasn’t already a wealth of talent, 50 Cent and Anderson .Paak made prominent surprise appearances during the show. 50 Cent performed a rousing rendition of his Dr. Dre-produced hit, “In Da Club,” even going so far as to roguishly recreate the music video for it by hanging upside down from the top of the set. Meanwhile, Anderson .Paak emanated pure joy as he played the drums during Eminem’s dynamic performance of “Lose Yourself.”

Best: The celebration of Dr. Dre and 3 decades of hip hop

Nostalgia was at an all-time high in the best way, thanks to the musical legacy of Dr. Dre. By building the show around Dre’s huge influence, it resulted in a rich display of how hip hop has grown and evolved over the last three decades, due in part to the rapper’s work in the industry as not only an artist and producer, but a collaborator and mentor. Indeed, Dre’s strong support of his co-headliners in many cases, helped build or even launch their careers; Snoop made his industry debut on Dre’s first solo album, while Eminem has long been considered his protege. Even Jay Z, whose Roc Nation co-produced the halftime show, in his early years as a rapper, worked closely with Dre—he’s credited with writing Dre’s verses for “Still D.R.E.”

Eminem takes a knee as he performs with Dr. Dre and others during the halftime show of Super Bowl LVI.
Gregory Shamus/Getty Images

Kneeling has become symbolic of former NFL quarterback Colin Kaepernick’s 2016 demonstration against police brutality and racial inequality, in which he kneeled during the national anthem, so it was a charged moment when Eminem knelt on stage after his performance of “Lose Yourself.” While Eminem did not explicitly state he was kneeling in solidarity with Kaepernick, the visual was powerful and sparked meaningful dialogue.

Since it was released in 2015, Kendrick Lamar’s “Alright” has served as a rallying cry against police brutality, even becoming a protest song for the Black Lives Matter movement and the 2020 national reckoning with structural inequality. The song deals with racist violence and injustice, and its message explicitly calls out police brutality. While it’s unclear if Lamar’s lyric about police (“And we hate po-po”) was censored by the network or the rapper left it out, many found its noticeable absence egregious. Later in the show, Dr. Dre did perform the line “still not lovin’ police” from “Still D.R.E.”

Worst: The under-utilization of the immense talents of Mary J. Blige and Kendrick Lamar

With five headliners, there was never going to be enough time to showcase all the hits of every performer, but it’s a shame that for this show, it came at the expense of the talents of Mary J. Blige and Kendrick Lamar. While Blige performed her Dre-produced hit “No More Drama” and “Family Affair” phenomenally, it felt like just a taste of what could have been. Lamar had an even briefer stint, performing just a snippet of “m.A.A.d. city” and a version of his anthem, “Alright.” 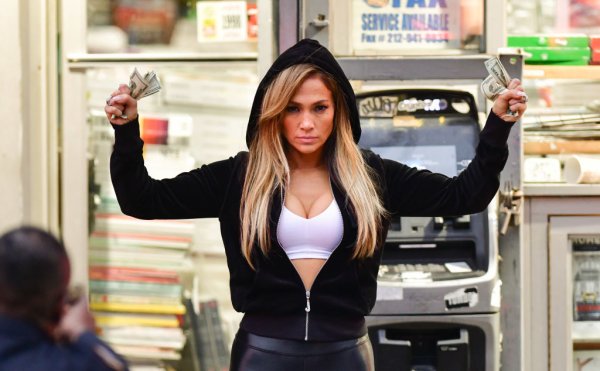 The 15 Best J. Lo Movies Of All Time
Next Up: Editor's Pick