Biden Wants an American Solar Industry. But It Could Come at an Emissions Cost

In this Aug. 8, 2019 photo a worker helps to install solar panels onto a roof at the Van Nuys Airport in the Van Nuys section of Los Angeles.
Richard Vogel—AP
By Alejandro de la Garza

President Joe Biden made a big compromise on his climate goals last week—depending on how you look at it.

On Feb. 4, the President announced that he was extending Trump-era tariffs on imported solar panels. At its heart, the measure was a trade-off between competing priorities and interest groups—a fact Biden seemed to acknowledge. “I have determined,” he wrote in his proclamation, “that an extension of this safeguard measure will provide greater economic and social benefits than costs.”

But this move to protect domestic workers and suppliers could nevertheless slow progress toward Biden’s goal of converting the nation’s entire grid to 100% renewable power by 2035. And his balancing act between efforts to quickly build out as much new solar power as possible and launch a domestic solar industry raises a critical question: When it comes to emissions and climate action, what compromises can we live with?

Ahead of Biden’s announcement, some opponents like Nevada Democratic Senator Jackie Rosen said the tariffs weren’t worth it, both from an economic and climate perspective. “Extending the tariffs,” Rosen and a group of other senators wrote last month, “will do nothing but add unnecessary costs to U.S. consumers, hurt American solar jobs, and artificially stymie the deployment of otherwise viable solar projects in the United States.”

The tariff extension, however, did make some notable carve outs in a bid to achieve decarbonization while supporting domestic industry: a new type of double-sided solar panel used in utility-scale projects will be exempt from the import duties, and the import quota for solar cells, a key basic component for making solar panels, will double.

To some, that may seem like reasonable decision-making—a middle road between economic protectionism and getting the cheap solar panels the U.S. needs for its green transition. But the Administration’s multiple considerations don’t change the science of climate change, or the fact global efforts are still woefully insufficient to bring emissions down quickly enough to stay within 1.5°C warming. In that light, shouldn’t the U.S. focus on trying to build as much solar energy as possible right now, even if they have to do it with Chinese solar panels?

These types of compromises keep coming up as governments debate how to cut emissions and avert the worst effects of climate change (seemingly every climate story involves some business or interest group interested in one compromise or another). Some compromises are probably not great if the goal is to maintain a livable planet—for instance, West Virginia Senator Joe Manchin forcing Democrats to drop a powerful clean energy incentive program from their agenda last year. Others, like Biden’s tariff dilemma, are trickier.

On one hand, creating jobs for U.S. workers and building a domestic industry that helps them compete with Chinese suppliers could be essential to maintaining broad political support for decarbonization projects, and to ensuring our ability to build that green energy in the decades ahead, even if relations go south with China. In that sense, tariffs could be seen as an effort to build an economic foundation that we will need in order to scale up domestic solar power in the decades to come.

But on the other hand, tariffs could make it more expensive to build solar projects in the U.S., slowing our progress to green the grid. And the fact is that the U.S. needs more solar power right now (or yesterday, in fact) to bring down carbon emissions as soon as possible. The U.S. Department of Energy has predicted that the U.S. must install about 1,000 gigawatts of solar power by 2035 to be on track for Biden’s decarbonization goals, compared to 76 gigawatts installed so far.

If you’re making trade offs against immediate decarbonization, your reasons for doing so better be pretty good. Biden, with this compromise, tried to thread that needle. We can only hope he got it right. 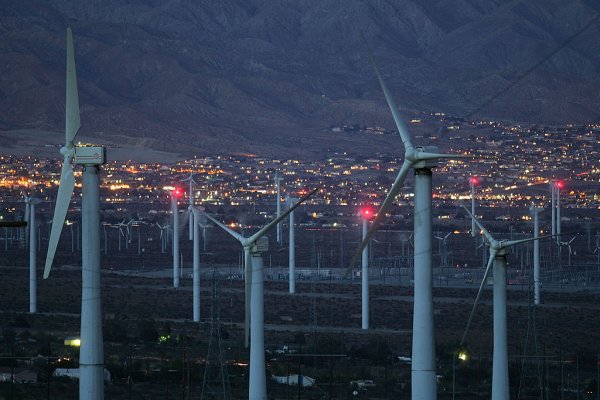