Oakland Is Closing Schools Due to Declining Enrollment. Other Cities Could Be Next

André San-Chez speaks to students, teachers, and parents who walked out of Westlake Middle School and marched to the Oakland Unified School district offices in Oakland, Calif. on Feb. 1 to protest plans to close some schools.
Carlos Avila Gonzalez—San Francisco Chronicle/Getty Images
By Katie Reilly

Five years ago, there were 37,049 students enrolled in Oakland, Calif., public schools. Today that number is down nearly 11%, and after a marathon debate that stretched eight hours, the city’s school board on Wednesday did what others may soon have to consider and voted to close or merge nearly a dozen schools.

The plan will affect the district’s roughly 33,000 students and their families, but education experts say it’s a sign of what’s to come as school districts nationwide contend with enrollment declines and funding challenges that have been exacerbated by the pandemic.

“School districts are between a rock and a hard place. They need to be financially responsible, but they also have a fundamental responsibility to the well-being of their students,” says Thomas Dee, a professor at Stanford University’s Graduate School of Education, who has researched public school enrollment loss. “I don’t envy the difficult choices they’re facing right now.”

The Oakland Unified School District (OUSD) Board of Education voted 4 to 2 early Wednesday, with another board member abstaining, to close seven schools over the next two years. Two of those schools will close this year. The plan also includes the merger of two schools and the elimination of some grades in two schools.

Board member Mike Hutchinson, who opposed the measure, said it amounted to “war on the community.”

Oakland Superintendent Kyla Johnson-Trammell said it was a necessary step toward addressing “serious dilemmas” facing the district, citing declining enrollment, long-term financial challenges and the high cost of operating a large number of schools while trying to offer students a quality education.

The district says declining enrollment and attendance have led to a decrease in revenue, as the district fails to balance a $90 million budget shortfall and faces pressure from county officials to control its debt. The closures and mergers could save Oakland schools $4 million to $14.7 million annually, according to an analysis by the district.

“We’re both addressing not only a financial crisis, but a quality crisis in terms of reaching our mission and vision of having high-quality community schools across the district,” Johnson-Trammell said.

The proposal drew fierce protest in the days leading up to Tuesday evening’s board meeting, with parents and educators rallying against the plan. The meeting’s public-comment period was dominated by students, from kindergarten to high school, asking board members not to close their schools. Many argued the plan will disproportionately affect Black students in low-income neighborhoods, taking them away from a familiar school community and, in some cases, forcing them to attend a new school further away from home. While Black students represent 23% of students across the school district, they make up 43% of students at the schools slated for closure, according to the local news site Oaklandside.

“Instead of investing time to close down schools that serve majority Black and brown students, invest your time as a district to build community and to empower students,” Samantha Pal, a student director on the OUSD Board of Education, said during the meeting. “This is a school district and not a business.”

Oakland schools have lost 15,000 students in the past 20 years, according to the district. In 2017-18, the district enrolled 37,049 students, but enrollment has dropped to 33,457 this school year — a decline the district attributes to lower birth rates, lack of affordable housing and the pandemic causing more families to leave the Bay Area.

Other school districts around the country are facing similar issues. Dee, who tracked the unprecedented decline in public school enrollment during the pandemic, found that public K-12 schools lost roughly 1.1 million students in fall 2020, particularly kindergarteners, with enrollment declines concentrated in districts that started the year with remote-only learning. Total public-school enrollment in the U.S. fell 3% in the 2020-21 school year, compared to the previous year, according to the National Center for Education Statistics.

That’s why Marguerite Roza, director of Georgetown’s Edunomics Lab, which studies education finance, says Oakland’s school-closure plan is “a glimpse of what’s coming for a lot of districts,” as she sees many school districts losing students and stretching limited resources across too many schools.

Protesters call for schools to remain open during a demonstration on Feb. 1 in Oakland, Calif., against plans to shut some schools due to declining enrollment.
Carlos Avila Gonzalez—San Francisco Chronicle /Getty Images

“Normally, we would think a school district that lost 1% of its kids a year would be a seismic shift,” Roza says. “This is so much greater than that in many urban areas.”

St. Paul Public Schools in Minnesota saw enrollment fall 6.3% this school year. In December, the school board voted to permanently close two schools and to temporarily close four others in an effort to tackle low enrollment and to move more students into schools with better resources.

“A lot of districts right now are holding on to some of their federal relief money and using it to kind of backstop these cuts,” Roza says, referring to the $190 billion given to schools in COVID-19 relief packages passed by Congress. “And that money is going to run out.”

When it does, more schools could face drastic budget decisions, and students will be most affected.

Dee says it’s important to pay attention to where students are sent after their schools close — whether they are sent to high-quality schools with better resources or to lower-performing schools that lack necessary funding to accommodate that influx.

“Simply speaking of closures without talking about thoughtful strategies for reinvestment in these vulnerable children would be problematic,” he says. 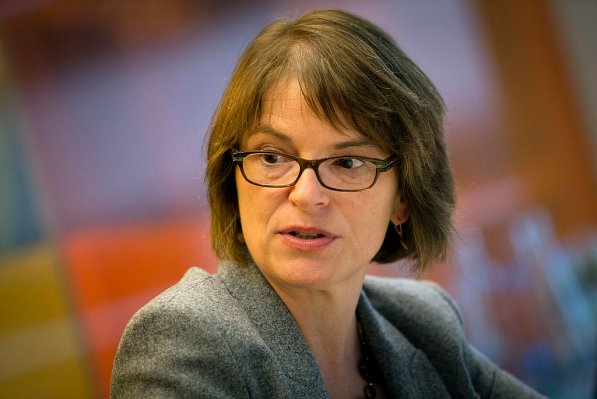