A woman walks past a television screen showing a news broadcast with file footage of a North Korean missile test, at a railway station in Seoul on January 20, 2022, after North Korea hinted it could resume nuclear and long-range weapons tests, as it prepared for "long-term confrontation" with the United States, following a string of sanction-busting missile launches this month.
Jung Yeon-je–AFP/Getty Images
By Iain Marlow/Bloomberg

North Korea confirmed launches of four missiles this week, as Kim Jong Un ramped up weapons-testing to a record pace in an effort to signal displeasure with the U.S. over economic sanctions.

The tests included the launch of two long-range cruise missiles Tuesday that flew for 1,800 kilometers (1,120 miles) before striking an island off the peninsula’s eastern coast, the official Korean Central News Agency said Friday. If confirmed, that would represent North Korea’s longest flight by a cruise missile, a weapon designed to fly low and maneuver to evade detection, and give Kim the capability to strike almost all of Japan.

North Korea also launched two missiles Thursday to “confirm” its ability to fire conventional warheads on surface-to-surface systems, KCNA said. South Korea had said earlier that projectiles traveled about 190 kms and were likely short-ranged ballistic missiles, which the United Nations has banned Pyongyang from launching due to their ability to carry nuclear warheads.

The two launches this week increased to six the number of major missile tests conducted by North Korea in January, making it the busiest month since Kim took power a decade ago. The 10 missiles fired off by the country this month, including two rockets topped with new hypersonic glide vehicles, already equal the total fired in all of last year.

Last week, Kim indicated he may end a four-year-old freeze on tests of intercontinental ballistic missiles and nuclear bombs, threatening to ratchet up tensions with the U.S. and force his nuclear program back onto the Biden administration’s agenda. The absence of tests that directly threaten the U.S. has made it easier for President Joe Biden to avoid another confrontation with Kim, like when Trump threatened to unleash “fire and fury” against the regime.

The Biden administration has condemned North Korea’s missile launches, calling on Kim to return to the negotiating table. U.S. Secretary of State Antony Blinken was planning to meet his Japanese and South Korea counterparts in Hawaii next month to discuss the issue, the Seoul-based Yonhap News Agency said, citing a person it didn’t identify.

The missile tests this week proved “the practical combat performance of the long-range cruise missile system would hold a reliable share in boosting the war deterrence of the country,” KCNA said. North Korea’s Academy of Defense Science “will keep developing powerful warheads capable of performing combat function and mission,” it said.

Separately, Kim visited a munitions factory that state media described as producing a “major weapon system.” The KCNA dispatch said cadres present reaffirmed their support for the North Korean leader “who smashes with his bold pluck the challenges of the U.S. imperialists and their vassal forces that try to violate in every direction our republic’s right to self-defense.”

–With assistance from Robert Jameson. 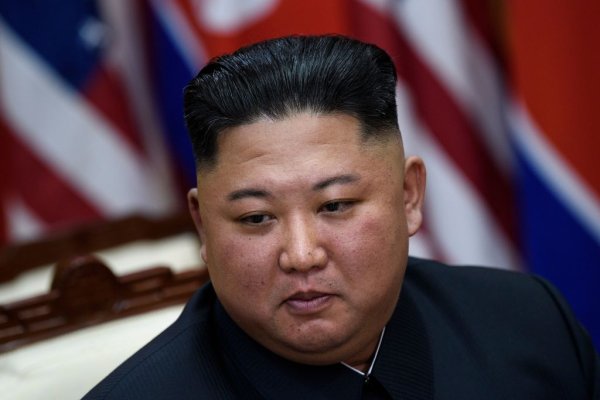