It’s not the first time we’ve seen in-game footage of Star Citizen — not by a long shot — but it is a lovely, long, lens-flare-blue gander at Chris Roberts’ flamboyantly crowd-funded (to the tune of $41 million and climbing) deep-space simulator. The game won’t be out until 2015 (and then, I’d guess if we’re lucky), but it looks to be coming along nicely, though most of what you’ll see here is a little mundane.

Armaments, check. Dogfighting, check. A window-dressing planet, check. G-forces callout, check. The most interesting wrinkle may be the in-helmet radar, which illustrates a lock-on using quarter-circle brackets that tumble from foreground to background like the halo of stars in Paramount Pictures’ pre-movie logo. In other words, a little distracting and unnecessary. In fact I thought it was a new type of weapon at first.

“You should probably skip to 3:16,” the person who put up the YouTube video snapped at Pax East 2014 advises. Yep, you probably should, because those first three minutes are just the demonstrator crashing and restarting.

Space is boring. It’s unfathomably big. Not a lot happens. It’s nowhere near as interesting as Alfonso Cuaron’s beautifully shot but ultimately nonsensical fantasy version. You have to add noise and nonsense physics and time compression and narrative silliness to make it interesting.

That’s not this demo, which is more about proving that in 2014, we still know how to design vertical and horizontal strafe, that bodies in zero-G cockpits can still respond to accelerative forces, that asteroid fields can be more enticing if you drop them in low-orbit near a planet (pity the poor occupants of that planet, assuming it’s occupied, who probably have extinction events routinely) and that different weapons firing simultaneously look nifty so long as the tracers are color-coordinated.

But then we’re looking at the disjointed scraps of something that’s not even a game yet. The apparently high school-age audience (that mistook a space sim demo for a sporting event where dimwits shout half-intelligbly) didn’t seem to mind. Yes, the demonstrator bounces off an asteroid toward the end (several times). Did you think that was a feature? That you were watching a representation of what you’ll play in one or maybe two years?

Mind you, a Digital Combat Simulator game Star Citizen will never be. If all you want is painstakingly bleeding-edge Newtonian fidelity, you want DCS, whose simulations are peerless. But give Star Citizen‘s design team time to figure out where, between arcade and simulation poles, it wants to be. Chris Roberts’ first Wing Commander leaned firmly toward the former, but his later games grew in complexity and depth. Star Citizen looks increasingly like it might slot somewhere in the vicinity of Egosoft’s X-series, meaning fairly sim-ish — and that’s to say nothing of the trading or living universe elements we haven’t seen yet. 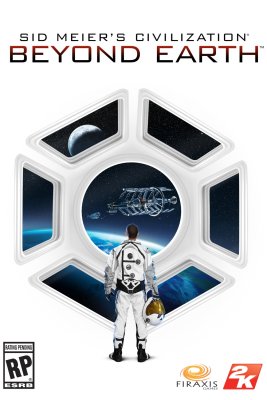 Interview: Sid Meier's Civilization Beyond Earth Might Be the Alpha Centauri Sequel You've Been Waiting For
Next Up: Editor's Pick