From left: Sam Claflin and Josh Hutcherson accept the award for Best Movie of the Year for "The Hunger Games: Catching Fire" at the 2014 MTV Movie Awards in Los Angeles, on April 13, 2014.
Lucy Nicholson—Reuters
By Nolan Feeney

“I know that if Philip were here, he would think this was really cool,” Josh Hutcherson said alongside Sam Claflin, while both accepted the award for Movie of the Year. “To have him in our movies was one of the coolest things in the world. He’s one of the actors I’ve looked up to my entire life, and we think about him every day on set. Wherever he is, this definitely goes out to him.”

Hoffman died of a toxic drug mix in February, according to a medical examiner. Though his death rocked the cast of the record-breaking film series, it has not posed major production problems for the final two Hunger Games movies, the first of which opens in theaters in November. 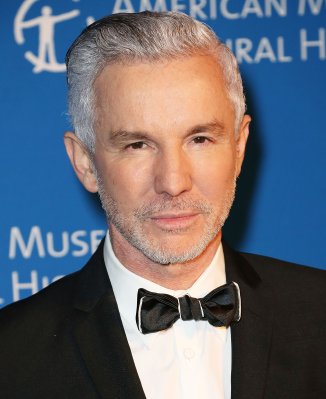 Baz Luhrmann In Talks to Make a Kung Fu Movie
Next Up: Editor's Pick