A farmer fills a crate with avocados while picking them in California.
Getty Images/iStockphoto—© Patrick Record 2020
By Aryn Baker

Climate change has its winners and losers. As global temperatures rise, some species will find themselves squeezed out of suitable living arrangements while others—for a while at least—will see new opportunities opening up. The same goes for what we eat and drink. A new study published in the scientific journal PLOS One zeros in on how climate change will impact some of the food and drink we love most.

Scientists at the Zurich University of Applied Sciences in Switzerland found that the ideal regions for growing coffee, cashews and avocados will either disappear, shrink or shift as global temperatures continue to rise. The future of coffee is pretty dim, at least if you are a fan of the more refined arabica beans. But avocado lovers in today’s cooler climes could find that by 2050, their favorite toast topping is a local product instead of an import. And cashews could become a cash crop for farmers in a wider range of countries.

By looking at the ideal growing conditions for each crop, including soil quality, rainfall and temperature ranges, the scientists were able to map the locations where those conditions are currently met. They then projected the local impacts of climate change in 2050 on three different emissions scenarios: meeting the Paris Agreement goal of less than 2°C warming since pre-industrial levels; reaching 2.5°C of warming; and our current trajectory with no emissions cuts.

In all three scenarios, coffee arabica trees fared badly, losing up to 50% of suitable growing areas in the major producing countries of Brazil, Vietnam, Indonesia, and Colombia, which account for 64% of global production. Other countries that are already growing coffee could increase production, but conditions there are equally expected to decline, however they were not a focus of the study. “Your coffee is at risk,” says lead author and environmental scientist Roman Grüter. “I wouldn’t say there might be no coffee anymore, but adapting to changing conditions will be necessary.”

Suitable areas for avocado plantations could see declines in today’s major producers, such as Mexico, the Dominican Republic, Peru, and Indonesia (together accounting for 58% of the global production); whereas the United States, Argentina, China, and East Africa could offer ideal growing conditions for both cashews and avocados as those higher latitudes warm up. But, the study cautions, warming temperatures alone are not enough. A changing climate in the potential new growing regions could mean a decrease in the rainfall avocados need, or conversely, too much rain for desert-loving cashews.

Meanwhile farmers in areas that can no longer grow those crops, such as in Colombia, will be the most affected. Avocados, cashews, and coffee may seem like a strange combination, agrees Grüter, but they were chosen for the fact that they are important cash crops for small scale farmers around the world. “They’re not only important for consumers, but also for smallholder farmers whose livelihoods depend on growing these crops in many places around the world.” They are all tree crops with long lifespans, representing a significant investment of time and land for farmers that will have a hard time adapting to changing climates.

It’s unlikely that the crops will all fail at once, says Grüter. Instead, the impacted farmers will experience a slow decline in yield, or an increase in disease. “Cultivating crops in [climate affected] regions might get more difficult, and it will need more effort to grow the crop and then at some point, it might just not be [profitable] anymore.”

Climate adaptation will be necessary, the report concludes. That could mean shifting the plantations to higher, cooler elevations where possible, enriching soils, implementing irrigation strategies or breeding drought and heat tolerant crops. But doing so is expensive, especially for small growers who live from one harvest to the next. “They really need alternative [crops],” says Grüter. “The responsibility is not only with [the farmer]. The regions’ agricultural consultants have to think ahead. It’s really important in agriculture today to not only anticipate consumer demands, but also changing climatic conditions.” It’s not just coffee that’s under threat, but the people who grow it too. 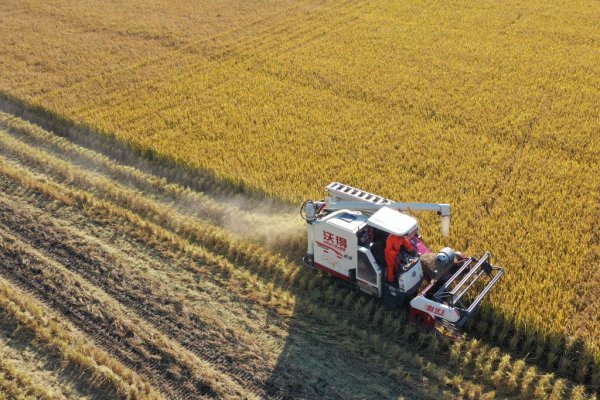 Inside the Project to Genetically Modify Rice to Emit Fewer Greenhouse Gases
Next Up: Editor's Pick