Andrea Jenkins continues to make history. In 2017, with her election to Minneapolis’ city council, the transgender activist became the first Black openly trans woman ever elected to public office in the United States. Just three years later, she was thrust into the national spotlight as the council member representing the ward where George Floyd was murdered. And on Jan. 10 she made headlines once again, becoming Minneapolis City Council President and the first openly trans person to hold such a position in the U.S.

Jenkins assumes the role as her city continues to reel from the heartbreak and deep trauma of the past several years. Minneapolis’ police chief stepped down earlier this month amid heated debates about the future of policing in the city, after voters rejected a proposal in November that would have replaced the Minneapolis Police Department with a new Department of Public Safety focused on public health. The city has also seen a spike in violent crime in the past few years, been at the center of the world’s media spotlight, and contended with the threat of COVID-19.

TIME spoke with Jenkins about her priorities for the city, her perspective as a trans woman of color, and why she chooses to lead with love.

TIME: What are your priorities right now going into this position?

Jenkins: First and foremost, I see my role as to set a tone for healing for our city. We must address public safety concerns. Even though the referendum to create a new Office of Public Safety did not prevail, I believe that we still heard loud and clear [from voters] that we must change the way we address public safety. That is at the top of my priorities.

I represent the area where George Floyd was murdered. My immediate focus is to rebuild the community that has become known all around the world as George Floyd Square. We must create a memorial that honors not only the memory of George Floyd, but also lifts up and pays homage to the hundreds of Black and brown Americans who have lost their lives at the hands of the state. And I believe really bringing that vision to fruition is how we begin to heal our city.

Read more: ‘What We Did Was Nothing To Sneeze At.’ Activists in Minneapolis Look Ahead After ‘Defund’ Vote Fails

Andrea Jenkins, Minneapolis City Council's then-Vice President, speaks to a group gathered on May 28, 2020, outside the Cup Foods where George Floyd was killed in Minneapolis. Jenkins joined Rev. Al Sharpton and Gwen Carr, the mother of Eric Garner, and spoke about the need to hold police officers accountable for their actions.
Stephen Maturen—Getty Images

What do you view as your mandate?

[I was elected by] 86% of my constituents, and in a unanimous vote of my colleagues. I was able to gain all of their support. So what I see is a mandate towards pragmatism; a mandate towards really trying to hear both sides of the issues and taking a balanced approach to decision making. Recognizing the urgency of the public safety crisis, while at the same time understanding that we need accountable, respectful, members of our police department that consider themselves a part of the community.

Do you think there is enough civilian oversight of policing right now?

I think more community involvement in oversight over the police would have a net positive impact on policing—we can find the right balance. I do believe that we need to have civilian involvement in the hiring [of police], particularly now. The city of Minneapolis is doing a search for a new chief; I think the mayor would be very wise to include a citizen committee as part of that hiring process.

We have oversight right now in the city of Minneapolis. But some of those oversight commissions and committees need more power. More agency. More teeth to be able to really change and create the kind of policies that I think could be more helpful for the residents of Minneapolis.

What should the police department, and also the Minneapolis community, expect from a council led by you that they haven’t seen in the past?

I don’t know if it hasn’t happened in the past, but I’m certainly going to lead with compassion. I’m going to be very upfront and vocal about bringing the notion of love into the public discourse. Dr. Cornel West says justice is what love looks like in public. So how do we bring justice to this community? That’s what I hope to lead with over these next two years: a sense of community, connectedness, and moving forward to make life better for the most marginalized people in our community.

There were record levels of anti-trans violence reported in 2021. How do you think communities can better protect their trans residents, particularly trans women?

First of all, we have to make them residents, right? Many trans and gender non-conforming people, particularly women of color, are housing insecure. The second challenge, and it feeds right into the housing situation, is employment. People have to have access to gainful employment.

Many trans and gender non-conforming people also suffer from over-policing—the same issues that are impacting our Black and brown communities. And let me be clear about this: when people talk about violence within the LGBT community, what they’re really talking about is violence against Black and brown trans women.

What role do you think the police should play in those efforts to improve public safety for trans people?

Protect trans people. The reality is we are still going to have police in our society, for the foreseeable future. So police officers have a responsibility to understand and recognize trans people as human beings. They have a responsibility to respect people’s pronouns and identities. I think that is where a lot of the conflict with the police and trans communities emanates from—a lack of respect.

You’ve broken boundaries several times in the span of just a few years. How do you view your role in history?

I view my role in history really just as a relay runner in the long race towards human progress and racial justice in this country. It’s a journey, and we all have a role to play. And I think my time has come up to make sure that Black LGBTQ people are a part of that arc towards human progress. 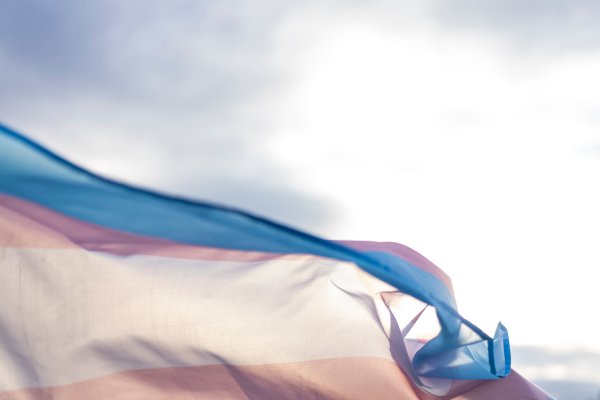 Anti-Trans Violence and Rhetoric Reached Record Highs Across America in 2021
Next Up: Editor's Pick