The Story Behind TIME's Interview with Alexei Navalny

Last October, TIME’s Simon Shuster reached out to Russian opposition leader Alexei Navalny with an interview request. It had been 10 months since Navalny’s voluntary return to Russia and imprisonment, and more than a year since he had been nearly killed by a chemical weapon. Simon has interviewed Navalny a half dozen times since he first emerged as a political force a decade ago, and the response suggested Putin’s public enemy No. 1 was happy to hear from him.

In the town of Pokrov, where Navalny’s prison is located, “there is probably just one subscriber to TIME magazine,” he wrote back to Simon. “And that’s me.” His lawyers had just brought him a recent issue that morning, which included an article Simon wrote about a Holocaust memorial in Ukraine. “I read it and thought: let’s do the interview,” Navalny said, drawing a little smiley face.

With that, the two started a correspondence that lasted well into January. The result is the powerful and moving profile of Navalny in this issue, a portrait of his life and of the political organization he continues to operate, improbably, from his barrack. Navalny’s last letter arrived in mid-­January, and its tone was a lot darker than the other letters had been. Navalny had been watching the U.S. negotiate with Russia about NATO and Ukraine, and it pained him to see the Americans get played, he said, “just like a frightened schoolboy who’s been bullied by an upperclassman.”

No journalist knows this terrain better than Simon, whose family immigrated to the U.S. from Russia in 1989 and who has covered the region insightfully and courageously for us for over a decade. In exile, Navalny “would be just another gadfly, too easy for Putin to ignore,” Simon writes. “In prison he is a reminder of what Russia has become, and a symbol of the freedoms that it lost.” 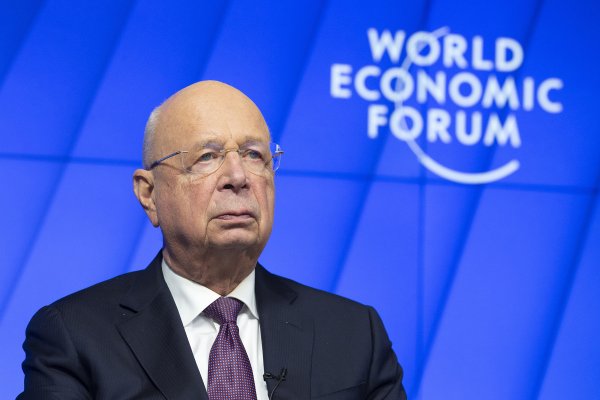 Davos 2022: Klaus Schwab on Fixing the Global Trust Crisis
Next Up: Editor's Pick