At a blind taste test of lab grown vs. conventional chicken, Michal Ansky tastes both.
Courtesy of SuperMeat
By Aryn Baker

Renowned Israeli gastronome Michal Ansky knows her food. She’s a professional taster and a Master Chef judge. So when she was invited to the world’s first public blind taste test pitting lab-grown, or cultivated, chicken up against a conventionally raised product, she jumped at the chance. It was a historic opportunity, but she was also confident that she would be able to tell the difference.

Surrounded by cameras and perched at a restaurant bar with two other judges—an Israeli restaurateur and a food journalist—she sniffed the two samples, labelled A and B, placed in front of her. A team of lawyers looked on, tasked with making sure that the tasting truly was blind. Even the chef who sauteed the meat in sunflower oil—no salt, no seasonings—didn’t know which was which. Sample A was slightly darker than B, but otherwise both looked, and smelled, the same. Ansky tasted from bowl A, then B, then A again, and furrowed her brow in concentration. They were both bland, she complained, lacking the fat that gives chicken breasts flavor. Both samples had been finely ground, so it was impossible to decide on mouth feel, but she would bet her money and her reputation that sample A was the real thing. It had a richer, more “chickeny” taste.

The tasting was hosted by the Tel Aviv-based meat tech start-up SuperMeat at its in-house restaurant, The Chicken. Behind the restaurant bar a vast window looked into the working laboratory where the company’s cultivated meat samples had been grown from stem-cells, fed on a broth of nutrients in large, stainless-steel bioreactors. The gleaming silver tanks stood no more than 20 meters away from the judges’ forks—hyper local at its most narrow definition.

Only a few journalists and a couple of curious onlookers attended the tasting, but it marks a seismic shift in the world of food technology. Ever since 2013, when the first lab-grown hamburger was presented to the public with a $330,000 price tag, alternative meat companies have been inching closer to a product that is just as tasty and nearly as affordable as the real thing. GOOD Meat, the cultivated-meat division of California-based food-technology company Eat Just Inc., is already selling deep fried lab-cultivated chicken nuggets to restaurant diners in Singapore, and several more companies are promising that their cell-cultivated fish, steaks and even mouse (for cat treats) will be on supermarket shelves in the United States by the end of the year, pending regulatory approval.

But for all the start-up sizzle, one question remains: would consumers be able to tell the difference, and if they could, would they still bite? SuperMeat decided to put their product to the test without the breading, deep-frying and sauces that are usually used to mask a lack of flavor or texture. (A video of the tasting can be seen here). None of the judges found either meat to be particularly delicious on its own, but then again, no one is going to rave about the flavor of a skinned, unseasoned chicken breast either. “There is a difference,” said one judge, the Israeli restaurateur and chef Yair Yosefi. “But I wouldn’t be sure which one is the [conventional] chicken. B, maybe.” Ansky disagreed. Sample B had less flavor, so that had to be the one grown in a sterile lab. She was so convinced of her decision that when SuperMeat founder Ido Savir announced that it was in fact A that was cultivated, she corrected him. “No,” she said. “A is the real chicken.”

No, Savir responded with a grin. Sample A “was grown on the other side of the window there, just a few days ago.”

Ansky’s jaw dropped. “I was wrong,” she marvelled in front of the cameras, “and I am the expert.”

A day later I spoke to Ansky on the phone about the tasting. “It’s one of the only times in my life that I’m really happy that I was wrong,” she told me. “In my heart I was saying Hallelujah. Because it’s about time.” Ansky likes meat. She serves chicken to her family almost every day. But she also knows that meat is unsustainable in the way it is currently produced. Meat and dairy production accounts for around 14.5% of global greenhouse gas emissions, according to the UN’s Food and Agricultural Organization. Industrial animal agriculture processes pollute both air and water supplies, while emitting methane, a potent greenhouse gas. A new study, published last week in Nature Food, shows that high-income countries could cut their agricultural emissions by almost two-thirds by moving away from animal-based foods. Doing so could free up an area of land larger than the entire European Union. If this area were allowed to revert to its natural state, it would capture around 100 billion metric tons of carbon—equal to 14 years of global agricultural emissions—by the end of the century. While the report doesn’t address lab-raised meat products directly, they are a meat alternative that could help reduce factory farming.

“It doesn’t stop at chicken,” says Ansky. Food tech start-ups are looking into cell-cultivated eggs and dairy products as well. “It’s as important as finding a cure for cancer because the thing that causes global warming and puts our lives at risk on this planet is the food industry. When we change the production, when we go from factory farming and from bloody slaughterhouse floors to fluorescent lights in laboratories, we will really be having an impact.” 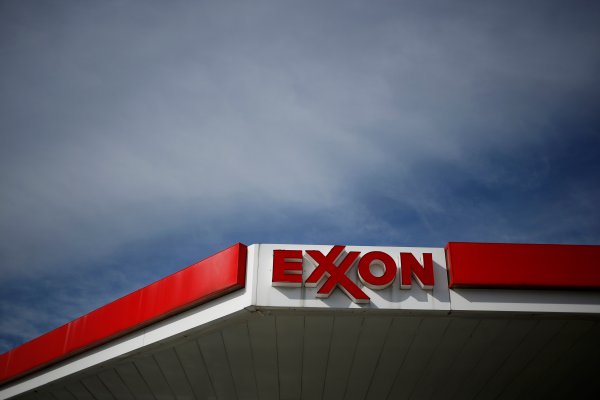 Exxon Plans to Zero Out Emissions from Operations by 2050
Next Up: Editor's Pick