Exxon Plans to Zero Out Emissions from Operations by 2050

(Bloomberg) — Exxon Mobil Corp. announced an “ambition” to eliminate some greenhouse gas emissions by 2050 in the oil giant’s first such long-term pledge to curb carbon output.

Over the next two years, Exxon will develop roadmaps for its crude refineries, chemical plants and other facilities to eliminate so-called Scope 1 and 2 emissions, the company said in a statement on Tuesday. The plan, however, excludes carbon spewed when customers use Exxon products such as gasoline and jet fuel, or Scope 3 emissions that comprise the bulk of oil-industry pollution.

Although Exxon’s pledge falls short of those made by European peers like Royal Dutch Shell Plc and BP Plc, it’s a major step for the largest Western oil explorer. It comes less than a year after shareholders replaced one-fourth of Exxon’s board following an activist campaign that criticized the company’s approach to climate change.

“This is more than just a pledge,” Chief Executive Officer Darren Woods said during an interview with CNBC on Tuesday. “We’ve been doing work for several years now to make sure we were confident that we had a line of sight on how to achieve this.”

Exxon’s plants and other assets released the equivalent of 111 million tons of carbon dioxide equivalent in 2020, down 6% from the previous year and the lowest in a decade, the company said in a report. That achievement comes with an asterisk as Exxon and the rest of the industry were forced to ratchet back fuel production as the worldwide pandemic gutted energy demand.

Exxon’s board has emphasized the importance on better communicating what it’s doing to lower emissions, Woods said.

“Historically we’ve pulled back a little bit and wait until we’re actually doing it” to make an announcement, he said. “Helping folks understand what we’re trying to do and the work we’re doing today to achieve is an important emphasis the board has given us.”

Today’s plans builds on several low-carbon announcements over the past few months. In December, Exxon laid out new plans to reduce emissions by 2030, building on the creation of its Low Carbon Solutions business earlier in the year. The company plans to spend $15 billion on lower-emissions investments through 2027, a significant step up from recent years. 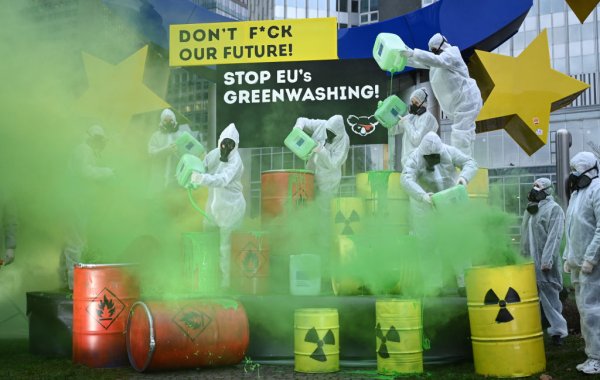