The Securities and Exchange Commission is pushing for significant changes in how private funded companies operate and who can invest in them, the agency said this week. The proposed changes probably won’t benefit rank and file American investors but will likely help people who are already rich get even wealthier.

While the details remain unclear, the SEC says it wants to increase the financial transparency of large companies which raise money away from the public markets. In addition, the regulator wants to limit the ability of people with less than $200,000 in annual income or $1 million in net worth to invest in non-public companies. In short, the current system, which already excludes the vast majority of Americans, could get more restrictive. In turn, the changes could widen income inequality, something which the Biden administration says it wants to reduce.

“This would be a significant step backward in financial equality in capital markets,” says Phill Haslett, co-founder of EquityZen, a financial company that specializes in investments in private companies. “We should be making capital markets more inclusive, not less.”

The first part of the equation is improved transparency of larger private companies. That probably won’t be welcomed by the companies themselves, but investors will almost certainly receive such a change warmly because more disclosure allows Wall Street to make better informed decisions.

“Generally speaking, these companies don’t want to give out much information,” says Nicholas Economides, a professor of economics at NYU Stern. “Rightly or wrongly, they are concerned that their business plans are going to become known, and they want to keep those secrets.” In other words, private companies like operating without exposing too much information to the outside world.

The SEC’s pending push for more disclosure of key information from private companies comes as the number of U.S. public companies has dwindled to levels far below the levels seen a quarter-century ago. At the end of 2019, there were 4,266 public companies, down from 8,090 in 1996, according to World Bank data. The current level is similar to that in the 1970s when the economy was far smaller than it is now.

The drop in the number of listings came mainly following the passing of the Sarbanes-Oxley Act in 2002, which introduced a slew of new, and largely onerous regulations that public companies and their leaders needed to follow. As the full burden of the rules became clearer, fewer enterprises went public. That also had the advantage of keeping private company information out of the limelight and away from newspapers, investors, and competitors.

That lack of financial disclosure has clearly irritated some market professionals. “I think the lack of transparency in private markets is problematic and willful,” says Dr. Richard Smith, author of the Risk Rituals financial newsletter and a financial markets expert

While the entire country tends to benefit from more economic growth, the investors in such companies reap the bulk of the financial rewards. And there’s the rub because most Americans are excluded from investing in private companies. “Generally, investing in private equity and venture capital is still restricted to higher net worth investors,” Taft says. These so-called accredited investors need to have an annual income of at least $200,000 ($300,000 for couples) or a net worth of $1 million or more.

Those accredited investor requirements rule out most of the U.S. population from investing in private companies funded by private equity or Silicon Valley venture capitalists. That’s because the median household is far too low at approximately $67,500 in 2020, according to government data.

This barrier to investing means that most Americans cannot participate in the superfast growth generated by some startups in Silicon Valley or elsewhere in the private markets. A case in point is the spectacular growth of Meta (formerly known as Facebook) during its ultra-high growth period. The first investment of $500,000 occurred in 2004 when the company was valued at around $5 million. In 2012 the company went public with a value above $100 billion. That’s at least a twenty-thousand-fold increase in value in less than a decade. But only people who were already well-to-do could participate in such gains. Compare that to returns on the S&P 500 over the same period – that wouldn’t have even doubled your money.

That two-tier investing system – one of potential humongous gains for the elite and one of more subdued increases for everyone else – has attracted criticism. “The intent of the American capital markets should be to make them more inclusive,” Haslett says. “Yet, the majority of value appreciation in technology companies is not finding its way into the pockets of your average American.”

The original version of this story misspelled Phil Haslett’s last name. It is Haslett, not Haslet. 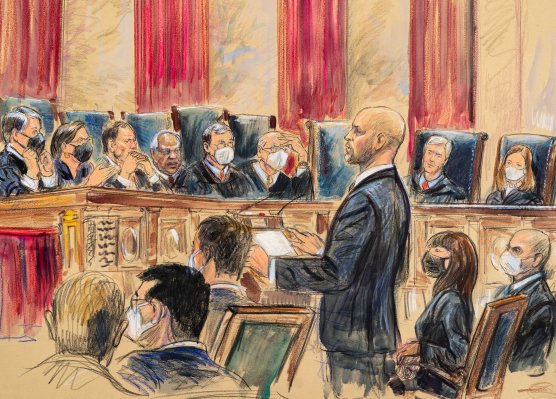