A Chinese Economist Called for Paying Parents a ‘Baby Subsidy.’ Then He Got Banned From Social Media

Economist Ren Zeping “violated relevant laws and regulations,” according to a notice on Weibo. The ban doesn’t delete his account but he can no longer post anything new.
SOPA Images/LightRocket/Getty Images
By Bloomberg

A well-known Chinese economist has been banned from social media platform Weibo days after posting comments calling on the central bank to print $315 billion a year to pay for subsidies to encourage births.

Ren Zeping, who left troubled property developer China Evergrande Group last year, has “violated relevant laws and regulations,” according to a notice on Weibo. The ban doesn’t delete his account but he can no longer post anything new.

The notice didn’t explain why he was banned and a spokesperson for the social media platform didn’t immediately reply to questions seeking clarity.

Ren drew attention with his proposal that the People’s Bank of China print 2 trillion yuan each year in the coming decade, which he said the government can then use as funding to provide subsidies to boost births and build nurseries. He estimated the plan could increase the number of babies by 50 million in the next 10 years without adding to the burdens of households, companies and local governments.

Two articles by Ren on this topic that had been posted on the social media and messaging platform WeChat on Jan. 10 and 11 were removed because of violation of rules, according to notices on the platform. A spokesperson for WeChat also didn’t respond to a request for comment.

Ren, who has 3.6 million followers on Weibo, was hired in 2017 as chief economist by China Evergrande Group with a reported annual salary of 15 million yuan ($2.4 million). He left Evergrande last year for Chinese brokerage Soochow Securities Co., later saying that his repeated warnings to reduce debt were ignored by the troubled developer.

China’s birthrate plunged to a new low in 2020 and is unlikely to improve even though the government has relaxed birth restrictions. Some demographers predict that the population may have already started shrinking.

Ren said those born between 1975 and 1985 should be encouraged to have more babies since they come from a generation that still view children as desirable. Those born after 1990 are reluctant to even get married, he said.

(Updates with economist’s background in the fifth paragraph)

–With assistance from Zheping Huang. 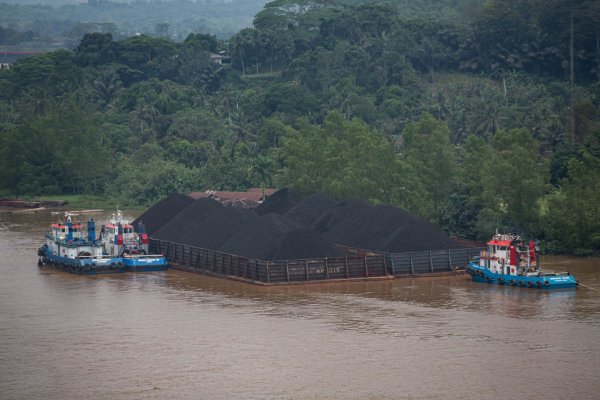 China Is Finding Fewer Reliable Sources of Coal
Next Up: Editor's Pick