Amazon Workers Will Vote on Unionization by Mail

A banner encouraging workers to vote in labor balloting is displayed on an Amazon warehouse in Bessemer, Ala., on March 30, 2021.
Jay Reeves—AP
By ANNE D'INNOCENZIO/AP

A federal labor board said that Amazon workers in Bessemer, Alabama, will vote by mail next month in a re-run election to decide whether or not to unionize.

The National Labor Relations Board said Tuesday that the ballots will be mailed out Feb. 4 and must be returned before the counting starts on March 28.

The move comes roughly a month and a half after the board ordered a new union election for Amazon workers based on objections by the Retail, Wholesale and Department Store Union to the first vote that took place in April.

The move was a blow to Amazon, which spent about a year aggressively campaigning for warehouse workers in Bessemer to reject the union, which they ultimately did by a wide margin.

In a 20-page decision, the regional director for the NLRB Lisa Henderson focused much attention on Amazon’s installation of a U.S. Postal Service mailbox at the main employee entrance, which may have created the false impression that the company was the one conducting the election process. Henderson also rejected Amazon’s argument that it was making voting easier and was trying to encourage as high a turnout as possible.

“Our employees have always had the choice of whether or not to join a union, and they overwhelmingly chose not to join the RWDSU last year,” said Amazon spokeswoman Barbara Agrait in an emailed statement Tuesday, adding that she looks forward to having its team in Bessemer ‘”having their voices heard again.”

Meanwhile, the RWDSU took issue with NLRB’s decision to hold an election by mail.

“We are deeply concerned that the decision fails to adequately prevent Amazon from continuing its objectionable behavior in a new election,” said the union in a statement. The union is pushing for in-person election, which it feels could make the process fairer to workers.

RWDSU faces an uphill battle to unionize workers given such high quit rates, but Amazon did reach a settlement with the NLRB last month to allow its employees to freely organize — and without retaliation.

Read More: Why the Fight to Unionize an Alabama Amazon Warehouse Could Spur a Labor Union Resurgence

According to the settlement, the online behemoth said it would reach out to its warehouse workers — former and current — via email who were on the job anytime from March 22 of last year to notify them of their organizing rights.

The settlement outlined that Amazon workers, which number 750,000 in the U.S., have more room to organize within the buildings. For example, Amazon pledged it will not threaten workers with discipline or call the police when they are engaging in union activity in exterior non-work areas during non-work time. 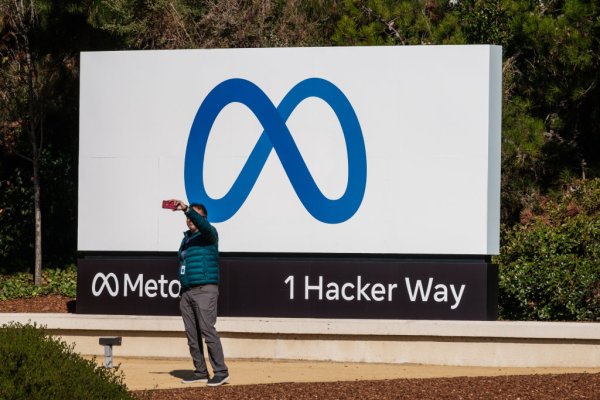 Meta Will Require COVID-19 Boosters for Employees
Next Up: Editor's Pick