“There will come a time when we will all be gone,” Harry Reid wrote in 2008, “and the institutions that we now serve will be run by men and women not yet living, and those institutions will either function well because we’ve taken care with them, or they will be in disarray and someone else’s problem to solve.”

Reid, the former Democratic Senate leader who died Dec. 28 at 82, lies in state in the Capitol today—a Capitol once again seized by debate over its functioning as an institution and its ability to solve the people’s problems. On Tuesday, President Biden, another Senate institutionalist, went to Georgia to demand the body suspend its 60-vote threshold in order to pass voting-rights legislation.

It was a change Reid would have welcomed, having concluded years ago that the filibuster’s time had come. Yet when he wrote those words in 2008, he was recalling a moment he’d been on the other side of the issue. The next sentence reads, “Well, because the Republicans couldn’t get their way getting some radical judges confirmed to the federal bench, they were threatening to change the Senate so fundamentally that it would never be the same again.”

In 2005, President George W. Bush and the Republican-controlled Senate, frustrated with Democrats’ filibustering of judicial nominees, were threatening the “nuclear option” to end it. The GOP turned an arcane procedural issue into a national crusade, ginning up partisan fervor against the filibuster. Reid, then the Senate minority leader, was determined to save it. “The Nuclear Option” merits an entire chapter in Reid’s memoir, The Good Fight, co-written with Mark Warren. He calls then-GOP leader Bill Frist’s efforts to scrap the filibuster dangerous, radical, reckless, and the potential “end of the United States Senate,” and gives a blow-by-blow of putting together the bipartisan “Gang of 14” that would ultimately avert such a change. “In a fit of partisan fury, they were trying to blow up the Senate,” Reid writes, “future generations be damned.”

Those sentiments faded a long time ago. Seven years after cutting a deal that preserved the filibuster, Reid himself went nuclear in 2013, eliminating the threshold for executive and most judicial confirmations. In 2017, with Republicans again in charge of the White House and Senate, then-majority leader Mitch McConnell got rid of it for Supreme Court nominees as well, though he resisted President Trump’s efforts to kill it for legislative passage. Today, with 50 Democratic votes in the Senate and little Republican buy-in for the voting bills they see as essential, liberals are fervently pushing to abolish it altogether.

Reid came out for killing the filibuster in 2019, arguing that it had outlived its usefulness and was suppressing the popular will. “The legislative filibuster is gone,” he told me that summer. “It’s not a question of if, it’s a question of when they’ll get rid of it. And at first glance, people say, ‘Oh, isn’t that terrible,’ but think about it. The American people must think something’s wrong that to get something done you need 60% of the votes. That doesn’t make sense.”

I had traveled to Las Vegas to interview Reid for my biography of House Speaker Nancy Pelosi, his longtime legislative partner (who, he told me, was as “perky” as the day they met). Two and a half years out of the Senate, having improbably beaten back pancreatic cancer, Reid couldn’t walk and looked frail, but he remained engaged in politics. He’d started a public-policy institute at UNLV with former GOP House Speaker John Boehner and was receiving the 2020 presidential candidates in advance of the state’s caucuses. We knew each other well: I’d begun my political-reporting career working for his hometown paper, the Las Vegas Review-Journal, and since moving to D.C. in 2010 had studied him closely. Reid cut an unusual figure in Washington, with his humble roots and disdain for niceties—a real character, unlike so many of the Senate’s empty suits.

Read More: Harry Reid, Master of the Inside Game, Dies at 82.

Reid told me he’d been prompted to change his tune on the filibuster by Republicans’ dramatically increased use of it during Barack Obama’s presidency. “People have written, ‘Reid changed the rules.’ Well, I did,” he said in his quiet, reedy voice. “But I’m not the first—the rules change all the time in the Senate. Why did I change the rules? Obama had been elected president. We had over 100 judges we couldn’t get confirmed.” The important D.C. Circuit was crippled by vacancies that some Republicans argued didn’t even need to be filled, and the GOP had filibustered the President’s nominee for defense secretary for the first time in history. “So we had to do something,” Reid said, “and I did it.”

The ends, in other words, justified the means. Reid recognized that the likely result would be a Senate that functioned more like the unruly, partisan House of Representatives. But he believed it was necessary nonetheless. “The Senate’s going to be just like the House, but that’s not the end of the world,” he said. “You know, the majority would rule. There’s nothing wrong with that.”

Congressional procedure tends to make hypocrites of everyone. The Republicans now protesting the filibuster’s potential demise in the apocalyptic terms Reid once used are the same ones who rationalized chipping away at it in 2017 and, in some cases, cheered for its abolition in 2005. The current debate comes at a moment of larger reconsideration of the institutions of American democracy—whether and how they should reflect the popular will, and how our system translates votes into congressional seats and legislative initiatives. In the wake of Trump’s precedent-smashing presidency, many, like Reid, came to realize that rules are a poor substitute for the unwritten norms that long kept things on course—and, once shattered, may be difficult or impossible to restore.

Reid was alarmed and disgusted by Trump, but he told me he’d gained new appreciation for the rule of law as a result of his presidency. “I never, until Trump came along, understood how strong and powerful the Constitution is,” said Reid, a lawyer by training. “It has been so powerful, at least in my mind, showing that it is more than a bunch of men ruling our country. It has shown that we are a country of laws. And even Trump, no matter how hard he’s tried to minimize the rule of law, it’s still there. Even somebody who has tyrannical views, they can’t do it.”

Reid’s successor as Senate Democratic leader, Chuck Schumer, could hardly be more opposite in style. Schumer’s signature is wearing out his flip phone with constant, solicitous communication. Reid was known for hanging up on people, even his own party’s President. (Even, he told me, his wife.) When I profiled Schumer last year, numerous Democratic senators pointed out the contrast. “You’d walk in to see Harry and say, ‘I’ve got this great idea,’ and Harry would say, ‘No, that’s not a great idea. Next,’” Senator Jon Tester of Montana told me. “Chuck will hear you out and ask questions about it. At times I’m sitting there going, ‘Let’s get a little Harry out here, just drop the hammer.’ But Chuck, you know, he’s made it work.”

Reid stressed to me that he didn’t want to comment on Schumer, because when he was in office he disliked former officials taking potshots from the sidelines. But while Schumer is known as a people pleaser, Reid made clear he believed the key to leadership was the opposite.

“If you’re going to be a good leader, you have to be able to say no,” Reid said. “You can’t say, ‘That’s a great idea, let me think about it.’ What I would try to do is say, you know, nothing’s going to happen. We can’t do that. They want to be on a committee, no, I’ve got too many people ahead of you. And I think people appreciated being able to just come to me and I told them how I thought about it.” The current state of affairs in Congress—which passed trillions of dollars’ worth of new spending last year but has failed to advance many liberals’ cherished priorities—raises the question of which approach is more effective. But Reid’s efforts to break the logjam weren’t all that successful, either.

Reid’s evolving view on the filibuster reflected his political temperament: he believed in incrementalism, but he also believed in change. In one breath, he praised a column by the New York Times’ David Brooks arguing that the revolutionary zeal of the far left threatened to discredit the progressive project; in the next, he refused to romanticize his hometown of Searchlight, saying its residents were “insular” and partly to blame for its decline. “Searchlight has had opportunity after opportunity to create things,” such as wind farms, that would have brought much-needed construction jobs, but killed those initiatives instead. “So, you know, part of it is their own fault. They just want to keep things the way they are.”

Things change, institutions evolve, there will come a time when we will all be gone. I tried to get Reid, one of the most consequential politicians of his era, to meditate on his legacy. But he wasn’t interested. “I’d like to be remembered as somebody that wasn’t driven by the social rules in Washington,” he said. “That I was very protective of my family, spent a lot of time with them, and was good to my family. It’s good enough for me.” 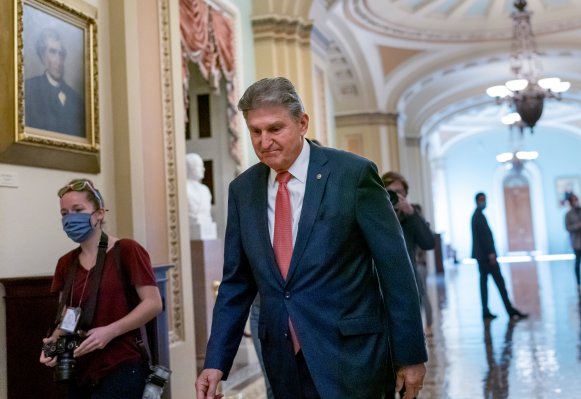 'I Just Can't'
Next Up: Editor's Pick