Novak Djokovic hits a forehand during a practice session ahead of the 2022 Australian Open at Melbourne Park on Jan. 12, 2022 in Melbourne, Australia.
TPN/Getty Images
By Swati Pandey/Bloomberg

Novak Djokovic on Wednesday admitted that he attended a newspaper interview and photo shoot when he knew he was infectious with Covid-19 and blamed “human error” for an incorrect travel declaration.

“I want to address the continuing misinformation about my activities and attendance at events in December … particularly in the interest of alleviating broader concern in the community about my presence in Australia,” the men’s world tennis no. 1 said in a statement posted on Instagram.

Djokovic said he attended a basketball game in Belgrade on Dec. 14 and took a rapid antigen test two days later, after finding out a number of people had tested positive at the event. That test was negative but he also took a PCR test out of “an abundance of caution.”

He attended a tennis event the next day to present awards to children, and was notified his PCR test was positive after the event.

Still, on Dec. 18, he attended an interview and photoshoot for a French newspaper.

“I felt obliged to go ahead and conduct the L’Equipe interview,” he said. “But I did ensure I socially distanced and wore a mask except when my photograph was being taken.”

“On reflection, this was an error of judgment and I accept that I should have rescheduled this commitment,” he added.

Djokovic also addressed speculation about a travel declaration submitted to Australian authorities indicating he had not traveled in the fortnight prior to arriving in the country, when social media posts showed him in events in Serbia and Spain during that period.

In the Instagram post, he said his support team submitted the form and his agent “sincerely apologizes for the administrative mistake.”

“This was a human error and certainly not deliberate,” the defending Australian Open champion said.

The revelations come after an Australian court quashed the cancellation of his visa, allowing him to play in the Australian Open Tournament that starts next week. The government is still considering cancelling the unvaccinated player’s visa.

The 34-year-old Serb on Wednesday said he will not be making further comment on the issue out of utmost respect for the Australian government and their authorities and the current process. 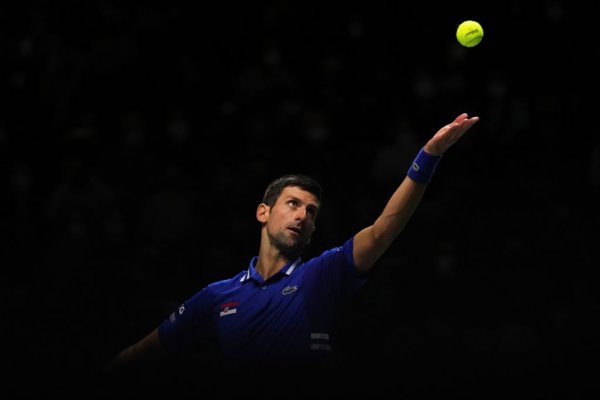 Australia Says Novak Djokovic Is Not Being Held ‘Captive’
Next Up: Editor's Pick