China Is Finding Fewer Reliable Sources of Coal. That Could Be Bad News for the Climate

A tugboat sails past piles of coal on a barge on the Mahakam River in Samarinda, East Kalimantan, Indonesia on October 15, 2021.
Afriadi Hikmal—NurPhoto/Getty Images
By Amy Gunia

Until this month, much of the coal China imports to power its massive economy sailed into Chinese ports from Indonesia. But on Jan. 1, the Southeast Asian nation announced a ban on coal exports amid concerns over local shortages, leaving the world’s second largest economy in a lurch.

Indonesia’s surprise announcement comes at a time of strained relations between Beijing and Washington, and a diplomatic spat between Australia and China that resulted in China implementing an unofficial ban on Australian coal imports in 2020.

China is the world’s largest producer, consumer and importer of the dirty fuel, and how it shifts its power grid away from coal will have a significant impact on the world’s ability to tackle climate change. Although China has committed to reaching carbon neutrality by 2060 and reducing coal use beginning in 2026, experts say that recent developments mean that China may hesitate to make any further carbon reduction promises.

“Because of the rising anxiety over security, including energy security, China is expected to be a little bit more cautious regarding further upgrading its climate commitments,” says Kevin Tu, a Beijing-based non-resident fellow at Columbia University’s Center on Global Energy Policy.

Although the lion’s share of the coal China uses is mined domestically, it imports coal to bolster local supply. More than 60% of China’s coal imports came from Indonesia in the first 11 months of 2021, which is the latest data available. In the near term, the Indonesian ban means that China might increase the amount of coal it digs up at home. The country has the world’s fourth largest coal reserves and produced 4.2 billion tons while importing 335 million tons in 2020, according to Reuters.

China’s imports of coal came to a near standstill in the first two months of 2021, following an unofficial ban on Aussie coal as the result of deteriorating relations between the nations. China has worked to fill the gap left by Australia, a large supplier of both thermal coal used for heating and coking coal used for steel production, with supplies from places like Indonesia, South Africa and Russia.

“Beijing has deep concerns about its energy security,” says Tu, who is also an adjunct professor at the school of environment of Beijing Normal University. “Indonesia turns out to be a not so reliable coal supplier for China, then I think China will think about whether the country should rely more on domestic production.”

China already boosted domestic coal production in late 2021 to record levels after coal shortages caused blackouts and factory shutdowns, and experts say that Indonesia’s move, which came after its state power utility warned of low inventory levels that could lead to widespread power outages, may hasten the trend. That’s despite the fact that Indonesia’s ban was relatively short-lived. On Jan. 7, a senior cabinet member said that the power emergency which triggered the ban was over, according to Reuters. The country has reportedly eased the ban this week, allowing 14 vessels loaded with coal to depart from Indonesia.

“After a trade row with Australia last year and now an Indonesian ban on exports, China’s authorities will surely reprise arguments in favor of energy security and self-sufficiency, just as they did this past winter during the coal shortages,” says Ryan Driskell Tate, a research analyst at the NGO Global Energy Monitor (GEM).

Still, China is a renewable energy powerhouse, accounting for about 50% of the world’s growth in renewable energy capacity in 2020, and leading the world on key green technologies such as electric vehicles, batteries and solar power.

Tu says that he believes that the current political climate and issues with its key trading partners will boost China’s clean energy transition in the longer term. But in the near future, he says: “China has tons of homework to do to sort out how to deal with its gigantic fossil fuel industry.” 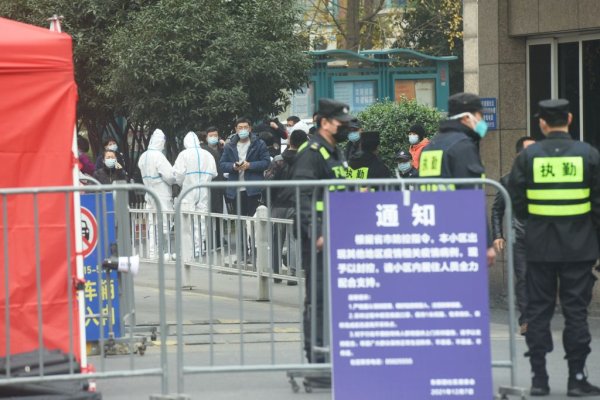 China’s COVID Rules Lead Fugitive to Surrender After 3 Years
Next Up: Editor's Pick