It was supposed to be like summer camp. A 14-year-old Chicago boy talks his worried single mom into letting him accept an invitation to his uncle’s Mississippi farm to harvest cotton, commune with nature and bond with his cousins. In the idyllic early scenes of ABC’s Women of the Movement, we watch him swim in the lake and spin harmless tall tales about his experience with girls. But this is no coming-of-age story. The year is 1955, the setting is the Jim Crow South and the boy is Emmett Till, who never got to grow up because he looked at a white woman the wrong way and her husband and brother-in-law murdered him for it.

Emmett’s mother, Mamie Till-Mobley, might have seemed overprotective, but she was right: the segregated South was not a safe place for a Black child who’d been raised to hold his head high. Women of the Movement, whose six-episode season, premiering Jan. 6, will kick off a planned anthology series about female civil rights heroes from a team of executive producers that includes Jay-Z and Will Smith, is framed as a profile of Mamie. That it isn’t, really, turns out to be both its biggest flaw and its saving grace. While the show—a rare serious, vividly realized period drama amid broadcast TV’s glut of procedurals—falls short of greatness, its existence as a counter-narrative to whitewashed histories feels crucial at a time when Americans are so fiercely divided over the very basics of how we teach and learn about race in our country.

The series opens with Emmett’s birth. Mamie, played by Tina Tony winner Adrienne Warren in her first major screen role, sweats and cries and labors under the firm but loving supervision of her mother, Alma (an excellent Tonya Pinkins). After a difficult, breech birth that might render the boy permanently unable to walk, a white doctor stiffly informs Mamie that, “when discharged, we recommend that you move your son to an institution.” Instead, in this telling, Emmett’s origin story becomes Mamie’s own. She doesn’t see herself as brave, but by fighting for her son (Cedric Joe, hauntingly sweet), at the beginning of his short life and in the wake of his horrifying death, she finds strength she never knew she had.

That, at least, seems to be creator Marissa Jo Cerar’s (The Handmaid’s Tale) intent. In practice, the show is so reverent of Mamie that it struggles to give her any depth; she’s defined solely by the fervency of her love for the boy she calls Bobo. Like a saint, she has two modes: grief and faithful persistence. The scripts are mostly solid, from complicated courtroom scenes to intimate family moments, but Cerar freights Mamie’s dialogue with ponderous statements like: “Do you think it’s possible for a Black boy in Mississippi to see the stars?” Maybe a top performer—a Cynthia Erivo or a Danielle Brooks—could’ve transformed this purple prose into realistic speech. As a screen actor, Warren isn’t there yet. Too often her line readings register as just that.

So it’s a good thing that, amid its failure to capture this particular woman, Women of the Movement does justice to a nascent civil rights movement. As an emotional epilogue set at the Southern Poverty Law Center’s Civil Rights Memorial underscores, the lynching of Emmett Till—and Mamie’s fateful resolution to “let the people see what they did to my boy”—was a major news story that predated the Montgomery bus boycott that elevated Martin Luther King Jr. and Rosa Parks to the national stage. By recreating the tiny Mississippi Delta town of Money in the summer of 1955, Cerar offers a final glimpse of a Jim Crow South where unquestioned humiliation is baked into every facet of Black residents’ daily lives. In a scene that takes place during the trial, Mamie learns that she’ll have to drive across town to use the restroom, while the men who killed her child enjoy access to the many whites-only bathrooms at the courthouse.

There are a few clunky attempts to highlight the already-obvious similarities between the dawn of the civil rights era and the current Black Lives Matter movement; characters briefly depart from the ’50s in order to urge Mamie to “say his name” and insist that “we need more than thoughts and prayers.” But for the most part, the historical snapshot is perceptive in its complexity. Alongside the season’s directors—a distinguished group of Black, female filmmakers that includes Daughters of the Dust pioneer Julie Dash, Kasi Lemmons (Eve’s Bayou, Harriet) and executive producer Gina Prince-Bythewood (Love & Basketball, The Old Guard)—Cerar captures not one cohesive racist status quo so much as a society straining under the weight of contradictions. We see white Southerners who burn crosses and commit hate crimes, as well as white Southerners who, while certainly prejudiced, think that such people “make us all look like savages.” Surgeon and civil rights leader T.R.M. Howard’s (Alex Désert) lavish home in the African-American enclave of Mound Bayou, Miss. provides a different view of Black life in the mid-century South.

Some fascinating characters emerge. It takes a tremendous act of courage for Emmett’s uncle, Mose Wright (a heartbreaking Glynn Turman), who has survived into his 60s as a landowner in Money by placating whites, to testify against the men who abducted his nephew in the middle of one harrowing August night. Cerar wisely makes a handful of journalists following the case into characters, emphasizing the invaluable advocacy work the Black press did in keeping Emmett in the national headlines, as well as the fickleness of the mainstream media’s coverage. It’s just a shame that figures like the tenacious NAACP icon Ruby Hurley (Leslie Silva), who plays a relatively minor role, make more memorable impressions than the show’s ostensible heroine.

Yet a flawed retelling of the Emmett Till tragedy—and particularly one airing on a broadcast network, alongside an emotional three-part docuseries about Mamie Till-Mobley’s legacy, Let the World See—still has plenty to offer the United States of 2022. For decades, Till’s lynching has echoed through literary works like Toni Morrison’s Song of Solomon and Colson Whitehead’s The Nickel Boys; it’s one of several incidents of racist violence evoked in Nina Simone’s 1964 masterpiece “Mississippi Goddam.” But we are still a nation that is more comfortable celebrating King’s dream and Parks’ dignity than sitting with the horror of what two men did to a young boy, with minimal consequences and for no reason besides white supremacy. That we’ve now backslid so far that you can imagine some states prosecuting a public-school teacher for so much as pointing out that Till was a victim of systemic racism, is reason enough to watch Women of the Movement. 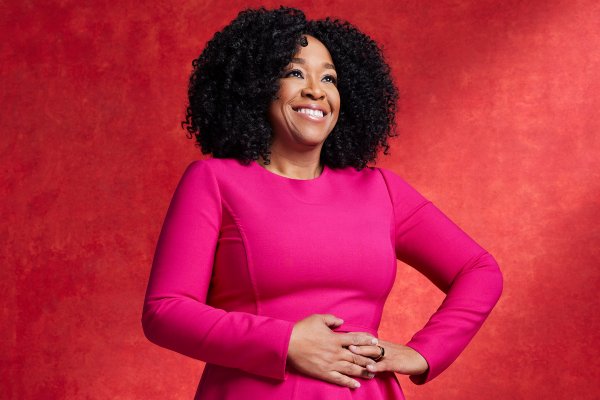 Shonda Rhimes Already Knows What You're Going to Watch Next
Next Up: Editor's Pick