How John Madden Became the Most Influential Person in NFL History

During a December 1986 NFL game between the New York Giants and the franchise now known as the Washington Football Team, some object suddenly appeared on the field, disrupting a Giants pass play. At first the CBS play-by-play man, the late Pat Summerall, said “somebody threw a shoe.” Then the camera panned to the culprit: a pigeon waddling around the 10-yard-line. Summerall then then teed up his partner, analyst John Madden like he had so many times before. “How did he get in there?”

Madden, like he always did, just ran with it. “Well, he wanted to get down there, he couldn’t get a seat,” Madden begins, analyzing avian behavior as if the pigeon was a lineman in the trenches. His words, pitched high enough to convey an infectious enthusiasm for all things football, began to ramble in that familiar, endearing way. No one else had that sound before, or has had it since. “He tried to get up above and there was no place … the only place… that he could land was right there.”

Madden shared his tactical idea for the next play. “The old thing, you can run down to the pigeon,” Madden said just before the snap, “and turn left.”

Madden died unexpectedly Tuesday at age 85, and America lost a treasure. Madden was arguably the most influential person in a sport that, more than any other in the country, often doubles as religion. “He was football,” said NFL commissioner Roger Goodell, in a statement that contained no empty platitudes or hyperbole, but only truth.

No figure shaped his game so completely. As a coach, Madden—who led the Oakland Raiders from 1969 to 1978—never had a losing season, won a Super Bowl, and holds the highest winning percentage, 75.9%, for an NFL coach with a minimum of ten years on the sideline. As a commentator, he explained football, the most popular sport in the U.S., to millions of viewers. He took fans beyond the obvious through the squiggly lines he drew on the screen and his own personal sound effects—”Boom!” “Bam!”—that captured the sheer physicality of the game. And as a video game impresario, he connected new generations to football: his Madden NFL series, which debuted in 1988, has exceeded $4 billion in sales.

“I always felt that John Madden was as important as any figure in the history of the National Football League,” says NBC announcer Al Michaels, who worked with Madden from 2002 to 2008 on ABC’s Monday Night Football and NBC’s Sunday Night Football broadcasts. “Because he did it on the field, he did it in the booth and with his game. That helped to create millions and millions of fans. So when you combine all of those, show me somebody who was as important as John Madden.”

Pat Summerall and John Madden (right) in the broadcast booth together for the last time at Super Bowl XXXVI at the Louisiana Superdome in New Orleans, La., on Feb. 3, 2002.
Frank Micelotta–ImageDirect/Getty Images

Madden, the son of a car mechanic, grew up in Daly City, Calif., right outside San Francisco. One of his closest childhood friends was John Robinson, who went on to coach both the University of Southern California Trojans and the Los Angeles Rams. Madden earned a football scholarship to the University of Oregon, but didn’t play because of a knee injury. He wound up transferring to California Polytechnic State University (Cal Poly) San Luis Obispo, where he started as a lineman and played catcher on the baseball team. The Philadelphia Eagles took Madden in the 21st round of the 1958 draft; another knee injury quickly ended his NFL playing career.

So he took to coaching, bouncing around the college ranks until Oakland Raiders owner Al Davis hired him as a linebackers coach in 1967. When he was promoted head coach two years later, he became the youngest coach in American Football League history, at just 32. Madden was popular with his players, who carried him off the field after in Super Bowl XI in 1977, a 32-14 Oakland victory over the Minnesota Vikings. “The fewer rules a coach has, the fewer there are for players to break,” Madden said.

He retired from coaching after the 1978 season, due to bleeding ulcer and strained relationship with his sons. CBS hired him 1979; he infused new energy into the booth. “He made everybody better,” says former Fox Sports President Ed Goren, who worked with Madden at both Fox and as a producer at CBS. “When John arrived at CBS, the definition of a production meeting was the announcers and the producer and the director would go down to the bar and meet with the PR guy for both teams, go through the [rosters] to get the pronunciation right, and that was about all. When John came on board, it was, ‘No, we’ve got to watch film, we’ve got to break this down.’ He just pushed the whole crew.”

During broadcasts, he made stars out of beefy linemen who usually went unrecognized. The All-Madden team rosters he created to highlight the best of the NFL became synonymous with toughness. He introduced most of the world to turducken, a turkey stuffed with a duck then stuffed with a chicken, raving about the concoction during Thanksgiving games. He and Summerall, who worked together at CBS from 1981 to 1993 and at Fox from 1994 through the 2001 season, were the soundtrack of the NFL: They had a lock on the premier NFC matchup each week, often in the 4 p.m. Eastern Time slot. For a generation of kids in the 1980s and early 90s, Summerall’s intonation that a Giants-Cowboys game would be followed by 60 Minutes and Murder, She Wrote signaled the end of the weekend, and the dreaded beginning of another school week. Madden and Summerall took bets on how long Summerall could hold the pause between “Murder” and “She Wrote.”

Madden was everywhere. He busted through a wall in Miller Light ads, and was the face of Ace Hardware. Given his fear of flying, Madden crisscrossed the country in a bus, known as the Madden Cruiser, a prop that only added to his allure. “He was unbelievably observant,” says Michaels. “Part of what made John so fascinating to me was he saw parts of the country that those of us who grew up in cities, or live on either coast, don’t see. You don’t see the farmers, you don’t see the people who work in the fields in Kearney, Nebraska. John was able to traverse the country so many times, he’d connect with those people. He had a great feel for city folks, for rural folk, for people who did hard manual labor. He got it. He understood.”

The voice of a game

Madden, who called 11 Super Bowls, didn’t just lend his name to the Madden NFL game franchise. He saw it as another football teaching tool, and insisted it be as realistic as possible. “John got involved in the inner workings of that game,” says Michaels. “Either that game was going to be what John wanted it to be, and had to be, or he was out.”

During a 2008 TIME interview, Madden was asked if he played his namesake video game. “No, no. Too old,” Madden said. “I have the game on my bus, and I horse around with it, but I get more out of it by watching other people play.”

And after stepping away from broadcasting in 2009, Madden remained the conscience of football. In a surprising turn, the man who long celebrated football’s violence with his on-air sound effects became a leading advocate for safety. During a 2014 appearance on the NFL Network ostensibly touting the NFL’s Heads Up program that teaches kids how to tackle correctly, Madden told a panel—that included Goodell—”I don’t believe in it.”

“I’m a firm believer that there’s no way that a 6-year-old should have a helmet on and learn a tackling drill,” Madden said. “There’s no way. Or a 7-year-old or an 8-year-old. They’re not ready for it. Take the helmets off kids.

“Start at 6 years old, 7 years old, 8 years old, 9 years old. They don’t need helmets—they can play flag football. And with flag football you can get all the techniques. Why do we have to start with a 6-year-old who was just potty trained a year ago and put a helmet on him and tackle? I have no idea. We’ll eventually get to tackling.”

Even his chiding of the NFL was rooted in a love of the game. It came through every Sunday, when he was analyzing, say, how the Giants were going to deploy Gatorade ice buckets to celebrate their Super Bowl XXI win. “One’s going to go [Giants coach Bill] Parcells,” Madden said, drawing a line from the bucket to the sideline. “One’s going to go to another assistant. And one will go to a player, later in the game.”

It came through when Madden broke down the games within the game. During the 1985 NFC Championship Game, between the Chicago Bears and the Rams, Madden explained how quarterbacks tried to draw defenses offside with their cadence. They’d raise their voice on the third beat, Madden explained, even though the play began on the fourth.

It was the unmistakable sound of John Madden, louder than ever, ingrained in football minds forever. 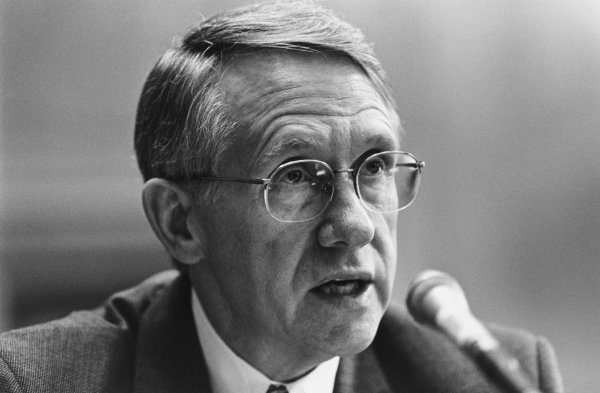