De Blasio, Mayor-elect Eric Adams and Governor Kathy Hochul all spoke on Tuesday at a virus briefing of the importance of bringing students back to school in January, for kids and for parents. Schools are the “safest places to be in New York City,” de Blasio said.

“Your children are safer in school,” Adams said during the briefing. He and de Blasio said they have been working closely planning for Jan. 3, when schools will reopen.

The new approach for schools in January is called “stay safe and stay open,” the mayor said. Under his plan, the city plans to distribute at-home testing kits to classrooms when a student tests positive. All students who are asymptomatic and test negative will be able to return to schools. Students will take two at-home tests over the course of seven days, he said.

Hochul said she sent 600,000 rapid tests to the city last week. The state and the city are working to make sure there’s no shortage of supply, Hochul said.

New York City has reported a daily average of more than 20,000 confirmed and probable cases in the past week. That’s more than double the daily average over the past 28 days. While cases are at a record, hospitalizations and deaths remain well below record highs reached in 2020.

In schools, about 98% of close contacts do not end up developing COVID-19, Health Commissioner Dave Chokshi said during the briefing. Ventilation, testing and vaccination all make schools safer than elsewhere, he said. 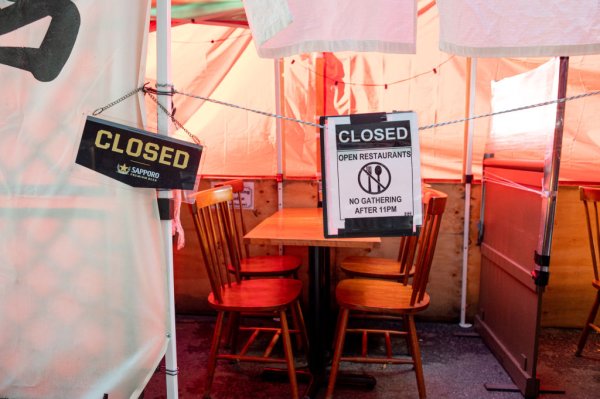 Most Restaurants Fail. COVID-19 Made the Odds Worse
Next Up: Editor's Pick