Joan Didion Wrote About Grief Like No One Else Could

On a patio deck overlooking the ocean, Quintana Roo Dunne leans on a railing with her parents, writers John Gregory Dunne and Joan Didion, in Malibu, Calif., 1976.
John Bryson—Getty Images
By Annabel Gutterman

Joan Didion made sense of the world through words. She was known for them: her cool, exacting prose; her sentences, smooth and spare. But in the aftermath of her husband’s fatal heart attack in 2003, her relationship with words changed. “This is a case in which I need more than words to find the meaning,” she wrote in her 2005 memoir, The Year of Magical Thinking. “This is a case in which I need whatever it is I think or believe to be penetrable, if only for myself.”

Didion, who died on Dec. 23 at 87, was the author of five novels, several works of nonfiction including Slouching Towards Bethlehem and The White Album, screenplays and more. She was a prolific storyteller who ushered in a new style of journalism, combining research and lyrical imagery with cutting moments of humor. In the foreword of the last book she published before her death, Let Me Tell You What I Mean, writer Hilton Als described Didion as “a carver of words in the granite of the specific.” She both dissected the ordinariness of the everyday for its complexities, and broke down the most foreign of situations into familiar, accessible parts. Crucially, Didion also explored the language we use to process loss, and the limitations of that language. Now, as the world mourns her death, we look to her own words for both guidance and solace.

“Grief has no distance. Grief comes in waves, paroxysms, sudden apprehensions that weaken the knees and blind the eyes and obliterate the dailiness of life,” Didion wrote in The Year of Magical Thinking. The book, a finalist for the Pulitzer Prize, chronicled the process of grieving the death of her husband and most trusted collaborator, the writer John Gregory Dunne, a little over a month before their 40th wedding anniversary. (Dunne was writing for TIME when they first met.) When Dunne died, the couple’s adopted daughter, Quintana, was unconscious in the ICU, suffering from pneumonia and septic shock. Didion’s experience with loss continued: A little over a year and a half after Dunne’s death, Quintana died at age 39. The writer examined that second excruciating loss in her 2011 memoir, Blue Nights, detailing a new kind of grief while crafting an aching examination of mortality and aging.

Though both books were rooted in Didion’s agonizing personal tragedies, they were not ones of self-pity or despair. Instead, they sought to understand how memory informs grief and how death shapes life. The title of The Year of Magical Thinking comes from Didion’s experiences reckoning with the finality of death, and the disillusion that exists in its aftermath. In one poignant scene, Didion becomes fixated on her husband’s shoes while going through his clothes.

“I could not give away the rest of his shoes. I stood there for a moment, then realized why: he would need shoes if he was to return. The recognition of this thought by no means eradicated the thought. I have still not tried to determine (say, by giving away the shoes) if the thought has lost its power.”

Didion detailed how she would convince herself that she could bring her husband back, even though she was well aware he was gone. “Magical Thinking is an act of consummate literary bravery, a writer known for her clarity narrating the loss of that clarity, allowing us to watch her mind as it becomes clouded with grief,” the author Lev Grossman wrote in a review for TIME in 2005. “But the book also reproduces, in its formal progression from those first raw, frenzied impressions to a more composed account of mourning, Didion’s recovery. She literally wrote herself back to sanity.”

The Year of Magical Thinking was Didion’s 13th book. She finished it in 88 days during the year after Dunne’s death. It was the first time in 40 years that Didion did not receive feedback from Dunne on a writing project. Although she wrote the book quickly, she said it was difficult for her to finish because the book “maintained a connection with him.”

Often described as a companion piece to that book, Blue Nights is another gutting look at a writer grasping for words to describe a loss—this time, of a beloved child. While just as candid as its predecessor, Blue Nights is a more raw exploration of grief, less polished in its structure, with Didion moving between fragmented memories. These range from the scenes of Quintana’s adoption and her reunion with her birth family to Quintana losing a tooth as a child. In Blue Nights, the magical thinking that once consumed Didion is gone, instead replaced with her reflections on memory and rumination on growing older and the ways her daughter’s death made her face her own mortality. “When I started writing, I thought it was going to be about attitudes to raising children,” Didion told The Guardian. “Then it became clear to me that, willy-nilly, it was going to be personal. I can’t imagine what I thought it was going to be, if it wasn’t personal.”

The raw emotional weight of both The Year of Magical Thinking and Blue Nights provided an unflinching look inside Didion’s otherwise steely, sophisticated exterior. In letting her guard down, she allowed readers into her grieving process—and provided a roadmap for others navigating their own pain. “I know why we try to keep the dead alive: we try to keep them alive in order to keep them with us,” Didion wrote in The Year of Magical Thinking. “I also know that if we are to live ourselves there comes a point at which we must relinquish the dead, let them go, keep them dead.” 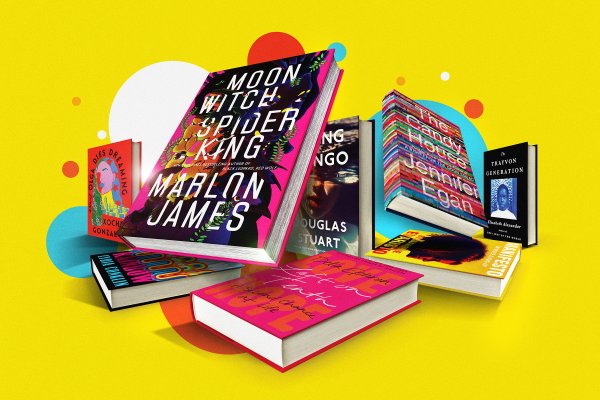 The 21 Most Anticipated Books of 2022
Next Up: Editor's Pick