The Great Barrier Reef Is Being Depleted by Pollution and Climate Change. Could 'Coral IVF' Save It?

Professor Peter Harrison checks on the progress of the coral babies at the Heron Island lagoon on the Great Barrier Reef in December 2020. The coral were settled on the reef in 2016 after being bred during a process that Harrison describes at "coral IVF."
Southern Cross University
By Amy Gunia

The idea to restore coral reefs by intervening in the breeding process of coral came to Peter Harrison while he was drifting through trillions of coral eggs and sperm whirling in an underwater snowstorm during a mating ritual at Australia’s Great Barrier Reef that occurs each year in the romantic light of a full moon.

That moment, in the early 1980’s, kicked off a lifetime of research for Harrison, a professor at Australia’s Southern Cross University—and culminated in the development of a process that he describes as something akin to in vitro fertilization (IVF) for the reef.

In November, his research hit a remarkable milestone when coral babies born through the first coral IVF trial on the Great Barrier Reef in 2016 became mature coral and began to spawn—hopefully seeding a new generation of coral.

Harrison says human intervention has become necessary to help repopulate the Great Barrier Reef because of a “perfect cocktail of destruction” that reefs are facing. This includes pollution, coastal development that damages ecosystems and warmer waters and intensifying storms—both of which can be at least partially attributed to climate change. “Reefs are losing corals, and more importantly, they’re losing breeding corals much faster than most of them are getting enough larvae now to replenish naturally,” he says.

The good news about his coral babies couldn’t have come at a more crucial time for the Great Barrier Reef, which is the world’s largest coral reef ecosystem, stretching some 1,420 miles along the northeast coast of Australia. In the last five years, the reef has experienced three mass bleaching events, in which changes in conditions, like warmer than normal water, causes coral to expel the algae that give them their vibrant colors and help them survive. Many corals die as a result of the stress of mass bleaching events—further depleting the reef. The U.S. National Oceanic and Atmospheric Administration (NOAA) forecasts that temperatures on the reef could rise enough to cause yet another mass bleaching event by the end of January.

These types of bleaching events have had a profound impact on the reef. A study released in 2020 by marine scientists at the ARC Centre of Excellence for Coral Reef Studies in Queensland found that the Great Barrier Reef has lost more than 50% of its coral since 1995 as the result of warmer water driven by climate change.

Harrison, who has earned the title “coral IVF pioneer” from fellow researchers, may just know more than anyone about how corals get it on. He was part of the team that discovered that the Great Barrier Reef’s coral breed during a single yearly mass spawning event. That discovery transformed the world’s understanding of coral sexual reproduction.

Harrison’s coral IVF process starts by capturing matter from multiple coral spawn slicks around the reef, which form in a pinkish film on the ocean’s surface during mass spawning events. He and his team use floating nets with booms similar to those used to contain oil spills—or a net that resembles a modified swimming pool skimmer.

Then the eggs and sperm from different colonies are mixed to maximize the chances of fertilization and the genetic diversity. The larvae are left to grow in a floating pools anchored near the reef for about a week, where they’re safe from predators and they can be kept from drifting away.

When the time is right, the larvae are settled onto depleted reefs. This can be done by opening the bottom of the net to allow the larvae to flow out over the reef system, or by piping the larvae directly onto reefs. Scientists have also begun using AI-enabled robots called LarvalBots, which work like an “underwater crop duster,” to deliver larvae. The larvae can also be put onto small bits of dead coral to be transferred onto the reef.

READ MORE: I Tried Lab-Grown Fish Maw. Here’s Why It Could Help Save Our Oceans

Harrison’s work could be used to repopulate coral reefs around the world. He has already had success with his approach on reefs in the Philippines, and he hopes to take the technique global. Half of the world’s coral reefs have died since the 1950s as the result of climate change, overfishing and pollution, according to a study published in September in the journal One Earth. That means the loss of habitats for sea creatures and protection for coastal communities, which are increasingly imperiled by extreme weather events. Reefs also support local economies by creating jobs and drawing snorkel-toting tourists.

Lesley Hughes, a professor of biology at Macquarie University in Sydney and a member of Australian NGO the Climate Council says that coral IVF research could be part of a toolbox to help the reef adapt to the changing climate and water conditions. Other scientists are working on a host of creative solutions to save the reef—like a “sun shield” that can be sprayed onto the surface of the ocean.

But Hughes cautions that unless climate change is addressed, “any human intervention in reef communities, no matter how effective at a local scale, will be like trying to fix a broken leg with a bandaid.”

READ MORE: I Tried Lab-Grown Fish Maw. Here’s Why It Could Help Save Our Oceans

Australia is a laggard on climate action among developed countries, and it’s one of the world’s biggest exporters of coal and liquefied gas. On June 21, UNESCO recommended that the Great Barrier Reef be placed on a list of World Heritage sites that are “in danger,” citing climate change as “the most serious threat” to the site. (UNESCO agreed to delay a decision until next year on whether to label the reef endangered after a lobbying blitz by the Australian government).

Harrison agrees his solution isn’t a silver bullet, but he hopes it can play an important role in saving the world’s reefs. Says Harrison: “We’re hoping that this buys us enough decades so that we can continue to have functioning and breeding corals on enough reefs so that when we hopefully do manage climate change down to amore sensible level, we will still have corals and reef systems on our planet.” 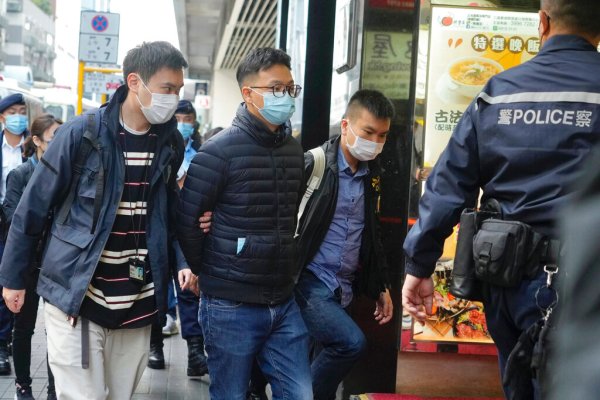