People march in honor of Daunte Wright outside the Brooklyn Center police headquarters on May 2, 2021 in Brooklyn Center, Minnesota.
Stephen Maturen—Getty Images
By Josiah Bates

Kim Potter, the former Minnesota police officer who shot and killed an unarmed Black motorist after saying she mistook her gun for her Taser, was found guilty of manslaughter Thursday by a jury that deliberated for more than 26 hours over four days.

Hennepin County Judge Regina Chu announced the verdict as Potter stood silently between her lawyers. She showed no emotion as Chu polled the jurors, who were sequestered throughout their deliberations.

Potter, 49, was charged with two counts of manslaughter in the shooting of 20-year-old Daunte Wright on April 11, 2021 during a traffic stop in Brooklyn Center, Minn., outside of Minneapolis. The shooting occurred as former Minneapolis police officer Derek Chauvin stood trial for the May 2020 killing of George Floyd, and it quickly became a flashpoint for protesters demanding police reform. Chauvin was convicted of murdering Floyd nine days after Wright’s death, in the same court where Potter stood trial. Like Chauvin, Potter is white; like Floyd, Wright was Black.

Sentencing was set for Feb. 18. A conviction of first-degree manslaughter carries a maximum sentence of 15 years in prison, and the conviction of second-degree manslaughter could bring up to 10 years in prison, but sentencing guidelines mean Potter likely will receive far less time due to her lack of criminal record. Chu denied defense requests that Potter be released until her sentencing. As Potter was led out of the courtroom, a crowd outside the courthouse lifted posters memorializing Wright.

Potter was a 26-year veteran of the Brooklyn Center police force and was training another officer at the time Wright was pulled over. While testifying in her own defense, Potter said Wright’s car had expired tags in addition to an air freshener hanging from its rearview mirror—a violation in some jurisdictions due to the idea that it could obstruct a driver’s view. After learning that Wright had an open “petty warrant,” Potter testified that police attempted to arrest him, leading to a scuffle as Wright tried to get back into his car. Potter said she then grabbed her gun instead of her Taser by mistake and fired at Wright.

Wright drove a short distance before crashing into another car. He died at the scene. His girlfriend, Alayna Albrecht-Payton, who was in the passenger seat, testified that she tried to cover Wright’s bleeding wound with her hands and screamed his name over and over. “I replay that image in my head daily,” she testified while weeping.

Potter’s trial started on Dec. 8. The prosecution argued that Potter was acting in negligence by grabbing her gun when she believed she was grabbing her Taser. They also told the jury she behaved recklessly when she shot Wright.

“Accidents can still be crimes,” said Erin Eldridge, a prosecutor on the case. “This was a colossal screw-up, a blunder of epic proportions.”

The defense focused on Wright and his actions, arguing that he was resisting arrest. Expert witnesses for the defense said that because of his actions, Potter had the right to grab a gun or a Taser.

Perhaps the most noteworthy part of the trial was Potter taking the stand in her own defense, one of several high-profile defendants to testify this year. Potter broke down crying as she explained what happened; she continued to assert that she mistook her gun for her Taser, but she also said that Wright was not being violent and made no verbal threats or displayed any kind of weapon when the officers tried to arrest him.

“I remember yelling ‘Taser, Taser Taser,’ and nothing happened,” Potter said during her testimony. “And then he told me I shot him.” 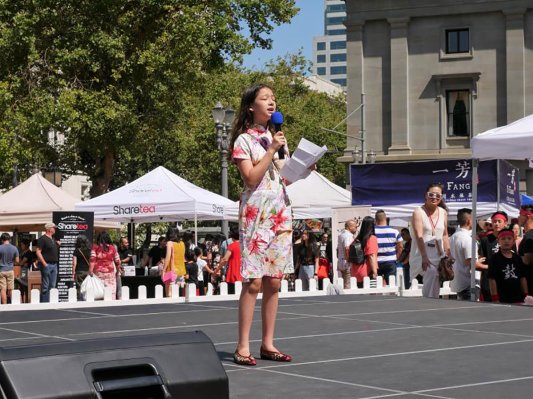 Kid of the Year Finalist Jenell Theobald, 15, Fights For Mental Healthcare
Next Up: Editor's Pick