Middle-aged Ben Affleck is the best Ben Affleck. Affleck has written films, written and directed films and played Batman. He’s been up, he’s been down. He’s been trim and he’s been paunchy. He’s been around seemingly forever, or at least a quarter-century: His role as high-school bully O’Bannion in Richard Linklater’s 1993 Dazed and Confused wasn’t his first, but it was the first time most people took notice of him.

Affleck has only a supporting role in The Tender Bar, directed by George Clooney and adapted from J. R. Moehringer’s 2005 memoir about growing up with an absentee father. But he makes the movie. The story opens in 1973, as 11-year-old J.R. (Daniel Ranieri) is moving with his mother (Lily Rabe) back to her family home in Manhasset, where the surly patriarch (Christopher Lloyd) seems at first to want little to do with them. J.R.’s mom has run out of money; his father, a DJ with a husky purr (Max Martini), skipped out on them long ago, and is clearly a jerk, or worse.

But J.R. likes his grandpa’s house, largely because it’s teeming with cousins and other relatives. (His mother, who’s less happy about backtracking in her life, asks him how he likes it, to which he replies, “It’s people. I like to have people.”) But what he loves best is being around his Uncle Charlie (Affleck), a bartender who never went to college, even though he’s read a ton of books. Charlie smokes at the dinner table—this is the ’70s, after all—and swigs Pabst Blue Ribbon from a bottle, though he’s not a heavy drinker. He’s good at sports, even if sports haven’t been good to him. And he imparts much useful life advice, making a list of all the things J.R. must do to be a man (learn to jump-start a car and change a tire, take care of his mother), and all the things he must never do: “Never hit a woman,” Charlie tells him solemnly, “even if she stabs you with scissors.”

The joint Charlie runs is called the Dickens, and when J.R. asks if the books lined up behind the bar are actually for reading, Charlie puts one right in his hands. J.R. is a reader anyway, but Charlie pushes him further, pointing him toward a closet in the family home whose sliding doors conceal not clothing but books stacked every which-way on groaning shelves. Before long, J.R. declares he wants to become a writer. A little later—the teenage J.R. is played by Tye Sheridan—he applies, with trepidation, to Yale. He’s a working-class kid who can’t afford that kind of education, but because he’s so smart, he gets in and also qualifies for aid. Yet once he’s there, he faces another type of not-belonging, when he falls for Sidney (Briana Middleton), a girl from Waterford, Conn., with frosty parents (played by Mark Boyett and Quincy Tyler Bernstine) who make it clear he’s not good enough for their daughter, though she seems to feel that way too.

Class insecurities are real, as anyone who’s suffered them knows. But even if The Tender Bar is generally a sweet, affectionate film, it deflates whenever J.R. isn’t in Manhasset—because that means there’s no Ben Affleck. Clooney is a thoughtful, sophisticated filmmaker, yet there’s never anything pretentious about his movies; they always come off as having been made by a real person. But The Tender Bar—its script is by William Monahan—suffers a bit from writer-worship. (Writers’ stories about their lifelong yearning to be writers are generally interesting only to themselves.) And while it’s wonderful that J.R. has grown up with people who have encouraged him, the semi-disreputable braininess of his uncle seems to have shaped him the most.

This is a person who appears to have spent most of his life reading, tending bar and smoking, perhaps in that exact order. Affleck is perfect here, as a relaxed, rumpled, straight-talking guy who’s so comfortable in his own skin that he has extra love and confidence to spread to those around him. In his stripey 1970s sweaters and retro side part, he looks just like guys used to look, and moves just like guys used to move, as if Affleck had gone back in time and studied them with a Dickensian eye for detail. The story doesn’t give Charlie a hidden dark side or a tragic arc. It simply allows him to saunter through the film, doling out advice, tooling around in his groovy teal Cadillac convertible, reassuring his somewhat insecure nephew that the kid has “it.” Affleck is a perennial whipping boy on social media, for minor infractions like looking depressed or appearing as if he’s put on a few pounds, or for failing to meet community moral standards—whatever those are—for being a good husband or boyfriend or person. But whether his detractors like it or not, he’s always been a pretty good actor, and he’s only getting better. Affleck will carry on, through a period of life that isn’t easy for anyone, regardless of gender. The man is mightier than the meme. 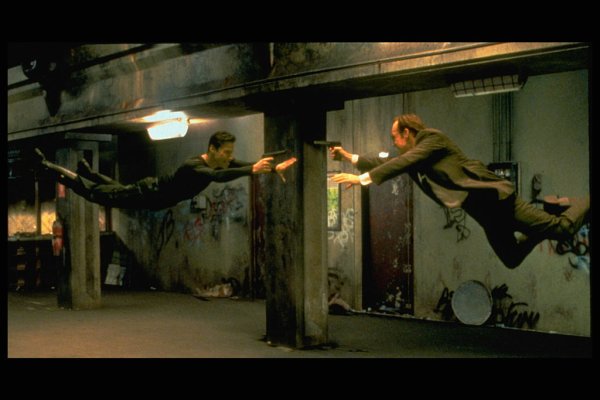 Everything To Remember About the Matrix Trilogy Before You See The Matrix Resurrections
Next Up: Editor's Pick