A coal power plant is seen in operation in southern Shandong Province, China on on September 27, 2021.
Andrea Verdelli—Getty Images
By Amy Gunia

The amount of electricity generated from coal is expected to hit an all-time high this year, as electricity demand outpaces low-carbon supply options, according to the International Energy Agency (IEA). That means that the world’s climate targets may be getting further out of reach.

Global power generation from coal is expected to jump by 9% in 2021, according to the Paris-based intergovernmental organization’s Coal 2021 report, which was released on Friday. Coal-fired electricity generation accounts for about 30% of global CO2 emissions.

“Coal is the single largest source of global carbon emissions, and this year’s historically high level of coal power generation is a worrying sign of how far off track the world is in its efforts to put emissions into decline towards net zero,” Fatih Birol, the executive director of the IEA, said in a press release.

The increase is driven by China, India, the U.S. and the E.U. In China, whose power generation accounts for a third of global coal consumption, coal-fired power generation is forecast to grow by 9%. In India, it is expected to grow by 12% in 2021. This takes coal-fired electricity generation to all time-highs in both countries, according to the IEA.

Read More: Why It Feels So Hard to Understand What Really Happened at COP26

In the U.S. and the E.U., coal power generation is set to increase by almost 20% this year over 2020, when economies were hit by the pandemic, but the amount of energy generated from coal won’t reach 2019 levels. The report predicts that coal consumption in the U.S. and the E.U. will go back into decline next year as the result of slow electricity demand growth and the roll out of renewable energy.

The IEA report also forecasts that overall global coal demand, including for uses outside of generating electricity, like making cement and steel, will grow by 6% this year and could hit new records in 2022.

Developed countries have used fossil fuels to power their industrialization for centuries and the 2015 Paris Agreement recognizes that it will take developing countries longer to reach peak emissions. But how China and India, the world’s second and sixth largest economies, power their growth will play a pivotal role in the world’s ability to limit global warming to 1.5°C above pre-industrial levels—a threshold that scientists have warned would have catastrophic impacts if breached.

This photo taken on October 6, 2021 shows solar panels at the site of solar energy projects developer Saurya Urja Company of Rajasthan Limited, at the Bhadla Solar Park in Bhadla, in the northern Indian state of Rajasthan.
Sajjad Hussain—AFP/Getty Images

“Asia dominates the global coal market, with China and India accounting for two-thirds of overall demand. These two economies—dependent on coal and with a combined population of almost three billion people—hold the key to future coal demand,” Keisuke Sadamori, director of energy markets and security at the IEA, said in a press release. “The pledges to reach net zero emissions made by many countries, including China and India, should have very strong implications for coal, but these are not yet visible in our near-term forecast, reflecting the major gap between ambitions and action.”

China and India have both set net zero goals. Chinese President Xi Jinping said in April the country, whose per capita emissions are only about half the per capita emissions in the U.S., will be carbon neutral by 2060. The country—which is the world’s largest producer, consumer and importer of coal, according to the IEA—will reduce coal use beginning in 2026. In September, Xi also announced that China will no longer finance overseas coal projects.

Narendra Modi, the Prime Minister of India—where per capita emissions are likewise a small fraction of those of the United States—made a surprise announcement in his speech at the opening of the COP26 U.N. climate summit in November. He pledged that the country will reach net zero emissions by 2070, a target that some climate advocates say is further off than is ideal but potentially transformative.

Many of the top coal-consuming countries are also leading the charge to roll out renewable energy. Modi said in November that India will produce more renewable energy than the nation’s entire grid by 2030.

Still, there is a gap between the countries ambitions and what’s happening, according to the IEA. In a press conference to discuss the report, Birol called the report a “sobering reality check of the government policies.”

“This year coal electricity generation and next year the entire coal use may hit a historic high,” he says. “It shows us that coal and the emissions that come from coal are stubborn. They don’t pay attention to what the government says, what experts say, what the wishful thinking is.” 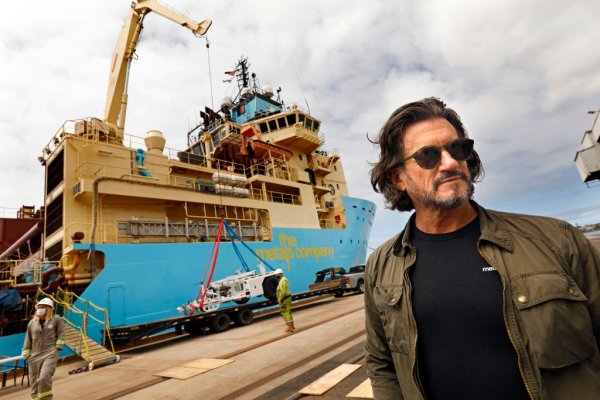 Countries and Corporations Are Getting Cold Feet About Mining the Seabed For Minerals Essential to the Green Energy Transformation
Next Up: Editor's Pick