Steve Filson carries a photo of his daughter Jessica Filson, who died in January 2020 of opioids, during a news conference outside the Roybal Federal Building on February 24 in Los Angeles, California.
PATRICK T. FALLON/AFP via Getty Images
By Tara Law

The recent surge in drug overdose deaths shocked even some of the most jaded observers of American addiction: 100,306 dead from April 2020 to April 2021, the first time the toll topped six figures in a 12-month period, according to provisional data from the National Center for Health Statistics. New data released yesterday by the U.S. Centers for Disease Control and Prevention (CDC) point to one potential culprit: illegally manufactured fentanyl, a synthetic opioid that can be 50 times more potent than heroin. When used legally, with a doctor’s prescription, this class of drugs is meant to help people experiencing severe pain caused by cancer and other ailments.

Illicit fentanyl first appeared as a replacement or adulterant for white powder heroin in the eastern U.S, but it’s increasingly spreading throughout the country, according to the new data. It’s reaching more illegal drug users, including users of other drugs as its mixed in with stimulants such as methamphetamine and cocaine, as well as users of more traditional opioids in parts of the U.S. where fentanyl has not previously been common.

One of the problems is that, as the National Institute on Drug Abuse has warned, dealers sometimes mix fentanyl with other drugs, often unbeknownst to the buyers. Indeed, the new data indicate that about 45% of people who died after consuming fentanyl in 2020 also tested positive for another drug, such as cocaine or methamphetamine, compared to about 40% the year before.

There can be deadly consequences when even tiny amounts of fentanyl are mixed with other drugs or when it spreads to new places, says Thomas Stopka, an associate professor with the department of public health and community medicine at Tufts University School of Medicine. What makes it particularly dangerous, he says, is that it’s being used by people who are comparatively “opioid naive.” That is, they haven’t used such a potent opioid before, or they haven’t used opioids at all. According to Stopka, this trend has accelerated during the pandemic.

“Fentanyl is even more ubiquitous across the United States. Since the pandemic began, we’ve seen fentanyl appear in many communities where it hadn’t been appearing previously,” he says. “There could be many more people who’ve not been exposed to this potency of opioids.”

Over the last few years, opioid overdose deaths have increased rapidly among people with opioid use disorder who rely on illicit drugs like heroin, especially younger white people and in low-income, inner city communities. The surge has affected a growing proportion of Black people, who research has found face a high death rate from synthetic opioids and heroin. According to a study of four states published in the American Journal of Public Health, Black people experienced a 38% increase in opioid overdose deaths from 2018 to 2019. Dr. Andrew Kolodny, medical director of Opioid Policy Research at the Heller School for Social Policy and Management, says that fentanyl is so potent, its spread has even hurt some of the most experienced drug users—primarily urban, poor, Black and Latino men who survived after becoming addicted to heroin decades ago. “[They] managed to beat the odds for 40 or 50 years,” says Kolodny. “When the heroin supply became so dangerous, they started dying in very high numbers.”

The COVID-19 pandemic may have made people more vulnerable to opioid addiction and overdoses, since it interrupted drug treatment programs and adversely affected mental health, which research has shown increases substance abuse. It may have also expedited fentanyl’s spread across the U.S., Kolodny explains. The pandemic interrupted crossings at the U.S.’s southern border, and drug traffickers may have favored fentanyl over heroin, since the former is less bulky, and easier to carry or ship in the mail.

Even absent the pandemic, however, Kolodny argues that the opioid epidemic probably would have gotten worse last year; the opioid overdose death rate has risen almost continuously for the last two decades.

“We’re 25 years into this crisis,” says Kolodny. “Had we not experienced COVID, maybe it wouldn’t have been 100,000 deaths in a 12-month period. But it still would have been an extremely high loss of life, a human and economic impact that should not be tolerated. And yet we’re still not taking appropriate action.” 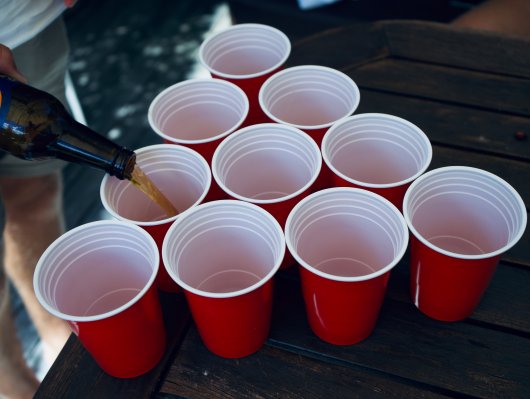 Teen Drug and Alcohol Use Have Fallen Dramatically During the Pandemic
Next Up: Editor's Pick