Gerard Barron, Chairman and CEO of The Metals Company, plans for his company to mine the seabed for nickel, cobalt, and manganese in the Clarion Clipperton Zone of the Pacific Ocean. The Maersk Launcher research ship is shown behind him on June 8, 2021, when the vessel returned to San Diego after conducting environmental impact studies on the ocean floor as part of the research to see the effects mining will have on the environment.
Carolyn Cole—Los Angeles Times/Getty Images
By Aryn Baker

Annual meetings of obscure international bodies to discuss the intricacies of maritime law in waters beyond national jurisdiction are not exactly must-see-TV. But this year I am paying very close attention to the International Seabed Authority’s (ISA) general assembly in Jamaica (and online, due to pandemic travel restrictions) which concludes tomorrow. After all, the fate of the world’s oceans, or at least a significant chunk of them, is at stake. So too is the future of batteries for electric vehicles.

Top of the agenda last Friday was a discussion over whether or not the small Pacific island nation of Nauru should be allowed to start mining for minerals that are vital for EV batteries, like cobalt and nickel, which are found on the ocean floor in international waters off the coast of Mexico, some 6,000 miles away. The area, called the Clarion Clipperton Zone, is strewn with enough cobalt-packed polymetallic nodules to power some 4.8 billion electric vehicles, according to industry estimates. Mining them would be as simple as vacuuming golf balls off a putting green, says Gerard Barron, the Australian CEO of seabed-mining company the Metals Company, which would do the work—and earn the lion’s share of profits—should Nauru be allowed to go ahead with its plan.

Environmental activists, conservationists and marine biologists argue that doing so could wreak untold damage on a poorly understood undersea environment populated by microscopic invertebrates, worms, sponges and the odd octopus. “If ocean mining is green-lighted it could … significantly threaten important species, inflict irreversible damage to sensitive ocean habitats, source toxins into seafood via contaminated water plumes and disrupt key carbon stores in the deep ocean critical to combating climate change,” warns Douglas McCauley, a professor of Ocean Science at the University of California, Santa Barbara. (He is also the director of the Benioff Ocean Initiative research center, which is funded by TIME’s owners, Lynn and Mark Benioff.)

The ISA, which is made up of 168 member nations including the European Union (but notably, not the U.S.), is responsible for protecting the flora and fauna of the seabed in international waters. In an absurdity best appreciated by foxes guarding henhouses, it is also responsible for deciding who can exploit the sea floor, and under what conditions—and the royalties derived from such mining cover ISA’s operational costs, with the rest divvied up among member nations. It seemed pretty clear that the odds were not in favor of the sea sponges.

But last week, the foxes seem to have developed a conscience. Multiple member states, including Germany, Belgium, Costa Rica, Chile, Russia and Ghana, rejected a call by the body’s Secretary-General to adopt regulations for commercial deep-sea mining that would have allowed Nauru to start harvesting nodules in 2023.

According to ISA rules, mining licenses cannot be issued until the body decides on the environmental and financial policies that will regulate the industry—a complicated, consensus-based procedure that has been going on for nearly 30 years. There is, however, a loophole: a country can notify the ISA of its intention to mine, and the ISA has two years to either formalize the rules or, if that is not possible, “It shall nonetheless consider and provisionally approve such a plan of work based” on draft regulations. In June, Nauru was the first country to trigger that two-year countdown, forcing the organization’s hand. Now, as with many legal cases, it all comes down to linguistic minutiae. Some countries argue that the license should be automatically generated once the two years are up. Others argue that they only have to “consider” it, not grant it.

Some of those countries in the latter camp may have been reacting to a widespread perception that Nauru’s ultimatum appeared to be largely for the benefit of the Metals Company—it came suspiciously close to the mining concern’s public listing on the NASDAQ stock exchange on Sept. 10, 2021. But the accelerated timeline also put things in perspective, says Matthew Gianni, co-founder and policy advisor for the Deep Sea Conservation Coalition. “The fact that Nauru triggered this two-year rule really focused countries’ minds: is the world going to agree to do this by 2023, or are countries going to take a step back and say, ‘Wait a minute, maybe we should reconsider, given what the science is telling us’?”

Indeed, more than 600 leading ocean scientists have signed a statement calling for a moratorium on ocean mining, citing the fragile ecosystem and dangers of irreversible damages that could ripple into the wider ocean environment.

Several international businesses, including BMW, Volvo Group (which makes buses, trucks and construction equipment), Volkswagen, Microsoft, Google, Samsung, and Philips have supported similar moratoriums, saying that they would not use any metals derived from seabed mining in their supply chains until proper research and scientific studies on potential impacts have been conducted. “I think the moratoriums did make a difference,” says Gianni. “Especially for countries where those companies are based.”

Of course, a lot could happen in the next year and a half to change minds. According to a May 2021 report by the International Energy Agency, the world isn’t mining enough of the minerals needed to make the batteries that will power that clean-energy future. Demand for cobalt alone could grow by more than 30 times from 2020 to 2040, raising prices and making seabed mining even more lucrative. Then again, research could definitively prove mining the seabed causes long-lasting damage to the ocean floor. Or the cobalt market could crash as battery makers find cheaper, less-fraught, alternatives. For the moment, at least, the foxes are biding their time. But if the hens continue to fatten, they may yet reconsider.

The original version of this story misstated the company that signed a a pledge not to use sea bed minerals. It was Volvo Group, not Volvo Cars. 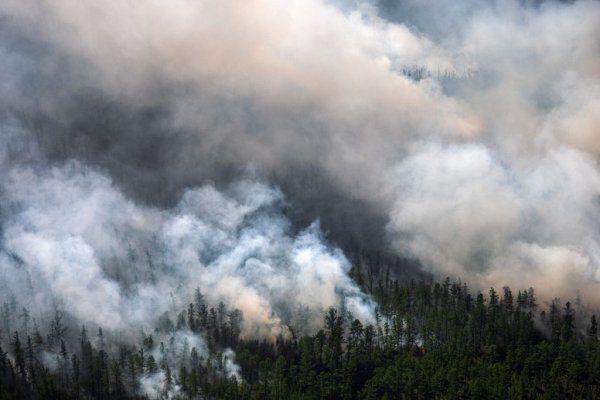