The Philippines Is Raising the Age of Consent. That May Not Be Enough to Protect Its Children

In this April 25, 2017, photo, former cybersex victims participate in a study course at a counseling center for sexual exploitation survivors in Manila, Philippines.
AP Photo/Aaron Favila
By Chad de Guzman

In September 2020, the Supreme Court of the Philippines acquitted a man of child sexual abuse charges after he impregnated a 12-year-old girl.

The incident took place in 2012, when the man was 27. He was sentenced to more than 14 years in jail by a lower court in 2016, but appealed. The defendant argued that the sexual relationship was consensual, since the girl bore him not just one but two children before he was sentenced.

The country’s top justices ruled in his favor, saying that the court was “not prepared to punish two individuals and deprive their children from having a normal family life simply because” the girl was a minor at the time. The court also ruled that the benefits of living in a nuclear family outweighed “any perceived dangers” from the relationship.

The persistence of such attitudes at the highest levels of the Philippine establishment is the result of a culture in which the sexual abuse of children is tragically common: around 1 in 5 children in the country fall victim to sexual violence. That, in turn, is a factor of the country’s age of consent, which, for the past 90 years has been 12—the lowest in Asia and one of the lowest in the world.

Read More: Ghislaine Maxwell Is Accused of ‘Grooming.’ Here’s What That Means

For decades, predatory adults in the Philippines have had a green light to exploit the inability of children to properly understand consent—and children involved in cases of sexual abuse are often doubly traumatized as lawyers seek to establish whether or not consent was given. Says Senator Risa Hontiveros: “They’ve been asked questions like, ‘Did you enjoy it? Did you feel pleasure?’” in a bid to prove that they were willing participants.

Change looks to be on its way. On Mar. 4, Philippine President Rodrigo Duterte signed into law a historic amendment raising the age of consent to 16—after previously approving another landmark bill banning child marriage. A law to ban online sexual exploitation is also in progress.

However, advocates are far from satisfied. They say that unless law enforcement is significantly improved, and the bogged-down justice system reformed, the Philippines will continue to be a global hot spot for sexual violence against children.

In this photo taken on December 2, 2020, Rose Alvarez, 16, whose name AFP has changed to protect her identity, speaks during an interview at a health centre in Manila.
TED ALJIBE/AFP via Getty Images

Child sexual abuse in the Philippines

The conservatism of Philippine society, and the enormous emphasis on family, often makes it difficult for Philippine victims to speak up against their abusers, who are typically their relatives or connected to the family group. (In the case of the 12-year-old above, the abuser was the brother of her sister’s husband.) The prevalence of abuse is high: a UNICEF study in 2015 found that at least 17% of Philippine children aged 13 to 17 experienced sexual violence while growing up. Comparative data is scant, but UNICEF figures from 2020 show that globally 12.5% of children have been sexually abused or exploited at some point in their lives.

“If they wanted to [commit] sexual violence [against] their children, they think that it is okay because the children came from them,” says Antonette Acupinpin who was seven years old when her stepfather began physically and sexually abusing her. Now 23, Acupinpin is an advocacy officer in the Philippines for the CAMELEON Association—an international non-profit group assisting sexual violence victims. In her work, she says she has come across many victims shamed by their own families for reporting abuse.

The culture of silence enables some Filipino parents to peddle their kids to sexual predators both in person and online. Together with the availability of quick remittance systems, prepaid Internet, the wide use of English, and the Philippines’ notorious corruption, it makes the country a global epicenter of sex crimes involving minors, according to End Child Sexual Exploitation (ECPAT), a global network of over 120 civil society organizations.

Read More: Should We Use ‘Survivor’ or ‘Victim’ After Sexual Assault?

Before the pandemic, it was “relatively easy to go into the country and do whatever,” Thomas Muller, ECPAT’s acting executive director, tells TIME. “What makes the Philippines unique is, you have a relatively small country but there’s a lot of economic disparity, where people are really scrambling for an income.”

A notorious case in the late 1980s highlighted the lack of protection for children. In October 1986, a Austrian man named Heinrich Ritter took two street children to his hotel room in Olongapo City, a three-and-a-half hour drive from the Philippine capital Manila, and paid them a few dollars after sexually abusing them. One of the children died of a severe infection seven months later as a result of a sexual act committed on her by Ritter.

Her relatives thought she might have been under 12 at the time, but prosecutors failed to prove this in court because of a lack of documentation. Ritter’s defense counsel argued that the girl had submitted herself willingly for money, and the Supreme Court said that there was no proof of force or intimidation. Ritter was acquitted of all charges in 1991 and deported—after being required to pay a mere $1,000 in damages.

In this April 20, 2017, file photo, members of the National Bureau of Investigation and FBI gather evidence at the home of an American suspected child webcam cybersex operator during a raid in Mabalacat, Philippines.
AP Photo/Aaron Favila

The pandemic’s impact on sexual abuse in the Philippines

Over the years, legislators have attempted to plug the gaps with other laws protecting minors—penalizing sex with children exploited in prostitution (1992), the possession and creation of pornographic material involving minors (2009), and child trafficking (2013). This created a climate of complacency, says Bernadette Madrid, executive director of Child Protection Network, a Manila-based NGO—one in which legislators would “just say there’s no need to pass” an additional law raising the age of consent. The penal code and the law against rape continued to define statutory rape as one that took place when the victim was “under 12 years of age.”

It took a global pandemic to finally bring about change. As COVID-19 swept across the world, and the prevalence of lockdowns forced victims to remain at home for long periods with their abusers, incidences of domestic violence and physical and sexual abuse increased.

In the Philippines, the Office of Cybercrime says that during 2020—the first year of the pandemic—it received nearly 1.3 million tipline reports flagging child sex content online. The figure was three times the number for 2019. Financial watchdogs also flagged a steep increase since the pandemic began in suspicious transactions linked to online child sexual exploitation cases, with offenders and middlemen in the U.S., U.K., Australia and several other countries.

Congresswoman Arlene Brosas of the Gabriela Women’s Party tells TIME the surges were a direct consequence of the Philippines’ stringent lockdowns, which have been among the longest and most draconian in the world. “No one can rescue and no one can go to where the violence is taking place,” Brosas says. The United Nations earlier warned that domestic violence is a global “shadow pandemic” as COVID-19 rages—an estimated 245 million women and girls aged 15 and up have been subjected to physical or sexual violence in the past year.

In this photo taken on December 2, 2020, Donna Valdez, 15, whose name AFP has changed to protect her identity, arrives with her child at a health center in Manila.
TED ALJIBE/AFP via Getty Images

With the raising of the age of consent, proponents of greater protection for children may have prevailed. But how successfully the new law will be implemented is another matter, however. “Any law that we may pass, especially to protect our children, is only as good as it can be enforced,” warns Senator Hontiveros, a co-author of the bill.

There lies the problem. The Philippine justice system is notorious for being slow, with too few courts, and too many cases, which can take years, even decades, to come to trial. The backlog has worsened dramatically as a result of the pandemic and Duterte’s brutal war on drugs. A report from the U.S. Department of State’s anti-trafficking office further found that the Philippines lacked personnel trained in the handling of evidence and had too few prosecutors.

Emmanuel Drewery, a social worker for People’s Recovery and Development Assistance, a foundation based in Olongapo City, says government hotlines to report abuse are frequently unmanned—and victims are often just passed around between offices. “It’s all bureaucracy and [they’re] lucky if they will get the help they need,” he tells TIME.

Read More: Inside One of the World’s Longest COVID-19 Lockdowns

For now, there is a real danger that the experience of Acupinpin—the advocacy officer who was herself abused as a child—will remain typical for many.

Months after her stepfather abused her, she was able to file a complaint with her teacher’s help and there were multiple hearings. But these were hugely stressful events that required her to recount details to prove that she did not give consent. Two years after the abuse took place, when she turned nine, she decided “for my own safety,” and “because I kept seeing my stepfather in court,” that the judicial process was simply too much to bear.

She had to dismiss her complaint, Acupinpin says, to obtain “the peace that I really wanted.” 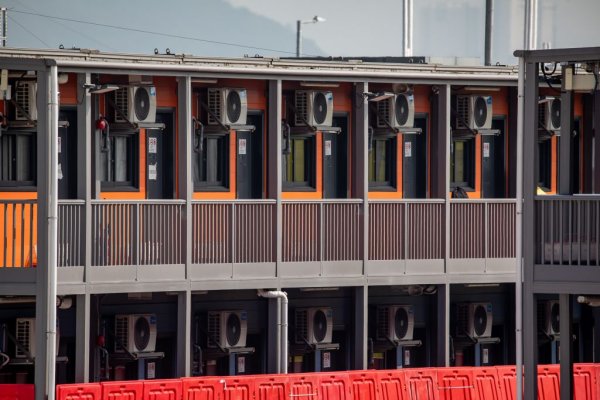