The use of gender-affirming hormone therapy (GAHT) is significantly related to lower rates of depression, suicidal ideation and suicide attempts among transgender and nonbinary youth, according to a study published in the Journal of Adolescent Health on Tuesday.

The peer-reviewed study comes from researchers at The Trevor Project, a nonprofit focused on suicide prevention among LGBTQ youth, and is the first large-scale study to examine GAHT’s impact on trans and nonbinary young people. The study examines data collected in a Trevor Project survey of over 34,000 LGBTQ youth between the ages of 13 and 24 across the U.S. from October to December 2020. Of the respondents, 12,000 identified as transgender or nonbinary.

Gender-affirming hormone therapy aims to help align someone’s sex characteristics with their gender identity, and can include taking hormones such as testosterone or estrogen. The study found that young people receiving GAHT reported a lower likelihood of experiencing depression and suicidal ideation compared to young people who wanted the treatment but were not able to access it. Notably, the study found that among young trans and nonbinary people under 18, receiving GAHT was associated with nearly 40% lower odds of having had a suicide attempt in the past year.

Studies have found transgender and nonbinary youth are at an elevated risk for depression, thoughts of suicide and attempted suicide compared to their cisgender and heterosexual peers as well as cisgender members of the LGBTQ community. The risk is due in part to experiences with gender dysphoria, as well as “the way that they are treated in society based on their identity,” says Dr. Amy Green, the vice president of research at the Trevor Project who co-authored the study.

Mis- and disinformation about the medical treatment of trans and nonbinary young people has soared over the past year. In 2021 alone over 130 anti-trans bills were introduced in state legislatures, including at least 35 bills aimed at banning medical care for trans youth, according to the LGBTQ advocacy organization Human Rights Campaign. In April, Arkansas enacted a law actually banning transgender youth from accessing GAHT, although it was blocked by a federal judge in July.

The study found that young people living in the South—where the majority of this year’s anti-trans health care bills have been introduced—reported the lowest rate of being able to access GHAT. Trans and nonbinary youth of color also reported lower rates of accessing GHAT compared to their white peers.

Several legislators who introduced medical care bans have argued that young people are too easily able to access GAHT, though in reality GAHT can only be accessed through the consultation of a medical provider. And the study found that many trans and nonbinary people don’t have access to the medical care they want. Half of the transgender and nonbinary youth surveyed said they were not using GAHT but wanted to. (Fourteen percent were already receiving the medical care, and 36% said they were not interested.)

“I think folks should understand that this is a decision that is not made lightly, and that it’s taken into account with the best needs individually of the youth [and] of their family, in combination with medical providers and mental health clinicians,” says Green.

When treating depression and suicide risk among trans and nonbinary young people, doctors often discuss two pathways. One is the treatment of gender dysphoria through gender-affirming treatment. The other is reducing minority stress and the harmful experiences of discrimination that LGBTQ young people often face.

The recent bills aiming to block the medical care of trans people are dangerous because they block both pathways, Green says. “They’re causing increased distress and discrimination, and they’re keeping you from accessing the medications that can help reduce gender dysphoria.”

She adds that she hopes the results of the study will convince people that “when decisions are being made about health care, they’re best left to health care professionals as well as research and science.” 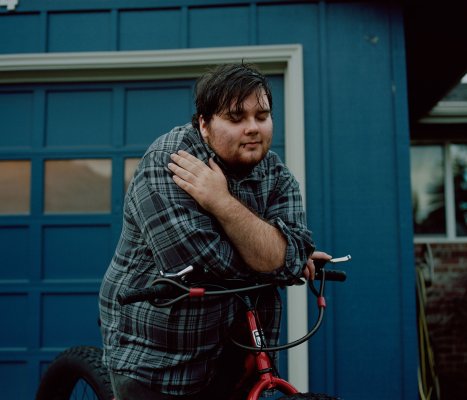