Amid contentious national pushback over how much of the full history of slavery in the United States should be taught in schools, the holiday season represents a particularly overlooked period. Around the time Christmas was starting to become a national holiday in the late-19th century, propagandists of the Lost Cause—the myth that the Civil War was fought for states rights and not for slavery—were trying to reframe what happened in the South during the antebellum era.

While they lost the war, one way they tried to win hearts and minds—and political power—was by telling romanticized stories about Christmastime. These accounts supported the Confederate myth that enslaved people appreciated their masters and mistresses, often describing them dancing and feasting and taking part in Christmas gift exchanges with the families who enslaved them.

A page from the autobiography of American writer, abolitionist and former enslaved man Henry Bibb entitled "Narrative of the Life and Adventures of Henry Bibb, an American Slave, Written by Himself."
MPI/Getty Images

But the myth couldn’t be further from the reality. Many enslaved people spent the holidays worrying about getting sold or faced violence like whippings. Some like Henry Bibb picked Christmas Day in 1837 to escape to freedom; in his 1849 memoirs, he writes about deciding to make “a bolt for Liberty or consent to die a Slave” by paddling across the river from Kentucky to Ohio after his plantation owner gave enslaved persons some time around the holiday to work for themselves.

For his 2019 book Yuletide in Dixie: Slavery, Christmas, and Southern Memory, historian Robert E. May reviewed plantation owners’ diaries, periodicals, memoirs, as well as oral accounts from those formerly enslaved to see what really happened on plantations at Christmas. Here, he talks to TIME about the most shocking examples and how unpacking Lost Cause myths can help tell a fuller picture of the history of slavery.

What is the value of looking at Christmastime as a lens to study this period of slavery during the Civil War and in the antebellum period?

[If] we really want to understand why America’s bloodiest war occurred in the first place, we must recognize the important part Christmas played in Civil War causation. Many of the figures who were involved in the coming Civil War spoke out on Christmas on one side or the other. I wouldn’t say that you can understand the Confederate defeat from studying Christmas in the Confederacy, but you can [see that] southerners tried to create a national identity that was partly molded around Christmas.

And of course, some enslaved people in the U.S. were rounded up [when there were] rumors of these insurrections and, without any real evidence at all, were executed by vigilante groups.

Read more: The Surprising Story of Christmas in the United States

I got the sense from your book that there was a bigger spectacle made over Civil War Christmases in the war’s aftermath than during it.

Ninety-to-ninety-five percent of this [Christmas propaganda] is a product of the period from about 1880, a few years after the North stopped enforcing Reconstruction, to about 1929 when the stock market crash occurred. This was during the time when white southerners created the so-called Lost Cause to justify the Confederate lifestyle. In the 1890s, southerners were trying to reclaim national power in Washington D.C., and a part of [their tactics] was to fight back ideologically. They felt very defensive, and so they wrote these very mellow accounts of slave times. They were defending the way of life of the old South.

The United Daughters of the Confederacy would give these warm-hearted appraisals of the Christmas experience of the South’s enslaved peoples. Scores of authors would devote whole chapters to Christmas in memoirs, novels, and short stories. They aren’t just about Christmas, but Christmas was a major focus—one of the most important components of these works trying to defend slavery and southern customs before the Civil War. And they did win over a lot of hearts with it.

What were some of the myths of Christmastime during slavery?

They focused on these warm traditions, like all the joy of the enslaved people getting their presents—joking to each other about who would get the best Christmas present from their masters.

According to the main components of the myths of Christmas in the late antebellum period—1831 to the outbreak of the Civil War in 1861—slaveholders showed their concern for their slaves by what they gave them at Christmas. Mistresses would go down to the quarters and distribute little presents; there might be pipes for the men, aprons for the women, toys for the children. [The enslaved] were allowed to go literally anywhere they want; they could visit a relative or staff on another plantation. There were all sorts of stories about masters inviting their enslaved peoples up to the porch of their homes to watch fireworks together.

An 1857 illustration of winter holidays in the southern states entitled "Plantation Frolic on Christmas Eve."
Library of Congress

Which is the most influential of those pro-Christmas Lost Cause propaganda?

The one writing that affected people the most was probably Joel Chandler Harris’s Uncle Remus stories—they’ve been so popular. They described the joy of the Christmas holiday for slaves, and Disney picked up on that in the movie Song of the South. There were short stories, poems, illustrations for magazines like Harper’s and others with pictures of Christmases after the war [showing] former enslaved people who still loved their former masters and mistresses so much that, even though they were no longer subject to their will, they would come by their houses after Christmas bearing presents for reunions.

And what was Christmastime really like for the enslaved?

Enslaved people didn’t all get a long holiday. White planters who owned scores, hundreds or, in a few cases, even thousands of slaves—wrote in their own private diaries that they resented giving them time off at Christmas at all.

Another thing that’s never pointed out in these fictional accounts later is that a large percentage of enslaved people were rented on one-year contracts and often allowed to return home to [their] original master on Christmas. On January 1st, they would be rented out again; and the master would pick out their new employer. Even if they were given good feasts and good presents, enslaved people had to spend the whole Christmas period worrying about January 1st—whether [their new employer would] be someone who would whip them a lot, or would abuse them in other ways.

There were even cases of masters and mistresses giving enslaved people as Christmas gifts to family members, and to their children. Louis Hughes, who escaped from enslavement and later in life published an autobiography entitled Thirty Years a Slave, recalled in his book how he had literally been presented by his purchaser as a gift to his wife on Christmas Eve. Tuskegee Institute principal Robert Russa Moton, one of the leading black educators in the U.S. in the early twentieth century, remembered being a child in Prince Edward County, Virginia, and having to watch his father being conferred “as a Christmas present” during an estate settlement. And LaSalle Corbell Pickett— the widow of George Pickett, the famed Confederate General who led Pickett’s Charge at Gettysburg—claims in her own memoirs that her present one year was a six-week-old Black baby boy, accompanied by “a deed that made him mine.”

There’s a national debate now about teaching the whole history of slavery. How do you see the role of Christmas in perpetuating Lost Cause propaganda fitting into this conversation?

It’s certainly timely in the sense of the debates that are going on right now: Do you really bring up Christmas slave sales? Do you really bring up Christmas whippings or is that going to make part of your class feel badly or feel guilty? My answer is that we really do need to liberate teachers to address the past critically—not just about enslavement, but our whole history of race in America.

As long as we don’t address it hyper-critically, we’re never going to realize what really happened in the past. We’re going to perpetuate these myths that I think have helped underwrite segregation and discrimination in America for decades—and we’re going to leave American schoolchildren in the dark. While teaching slavery critically is not necessarily a pleasant experience, we have to engage with the past realistically. 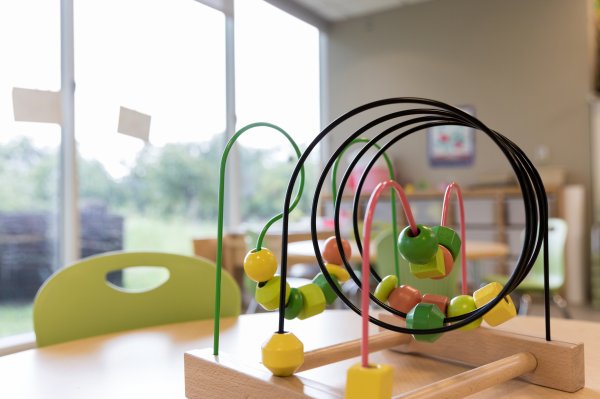 The U.S. Almost Had Universal Childcare 50 Years Ago. The Same Attacks Might Kill It Today
Next Up: Editor's Pick