A man sits among a sea of tents in a makeshift migrant camp in the border town of Reynosa, Tamaulipas, Mexico on July 10, 2021.
Paul Ratje — AFP via Getty Images
By Jasmine Aguilera

Just 11 months ago, President Biden suspended the Trump Administration’s Migrant Protection Protocols (MPP)—also known as “Remain in Mexico,” a set of rules requiring asylum seekers to wait south of the border while their cases are adjudicated in the U.S. On Monday, the controversial policy is officially back on the books.

On Dec. 6, the Department of Homeland Security (DHS) officially relaunched MPP at the El Paso-Ciudad Juárez port of entry. While the Biden Administration’s iteration of MPP includes more humanitarian safeguards, like access to the COVID-19 vaccine, the basic tenet of the program—which forces asylum seekers to wait in Mexico—is unchanged. Under Trump, some 71,000 people were enrolled in MPP; many thousands lived in over-crowded shelters or makeshift encampments in Mexican border cities like Tijuana, Ciudad Juárez and Matamoros, where they were easy targets for members of organized crime.

The policy whiplash has sent NGOs, shelter organizers, lawyers and others, like Rangel-Samponaro, who work to care for people marooned by MPP, scrambling to get back up to speed.

“To now see [MPP] coming back to light is painful,” says Marisa Limón Garza, deputy director at the Hope Border Institute, a nonprofit immigrant research and advocacy organization based in El Paso, Texas and Ciudad Juárez. “Despite any effort to make it more humane…we know that that’s just not possible. It’s been disappointing.”

In April, Texas Attorney General Ken Paxton and Missouri Attorney General Eric Schmitt sued the Biden Administration for suspending MPP. They called for an injunction that would pause the policy’s termination. In August, the U.S. District Court for the Northern District of Texas granted that injunction, saying the Biden Administration, by ending the program through a DHS memorandum that was not in compliance with the Administrative Procedure Act (APA). The court then ordered DHS to “enforce and implement MPP in good faith until such a time as it has been lawfully rescinded in compliance with the APA,” according to court records.

Read more: Pregnant Asylum-Seekers Needed Help at the Border. Inside the Program That Provided Care—and Community

DHS immediately appealed the district court ruling, but it’s required to restart MPP while it awaits a decision. DHS also issued a new memorandum in October to terminate MPP, but the memorandum cannot go into effect until the current injunction requiring MPP to remain in place is lifted.

This administrative tangle has left DHS in a lurch. To restart MPP, DHS officials had to negotiate with the government of Mexico, which must agree to allow potentially thousands of migrants who might otherwise come to the U.S. to remain in Mexico under MPP. An agreement was reached on Thursday, Dec. 2.

The new iteration of MPP includes several guidelines that differ from Trump’s version. Biden’s iteration, for example, gives migrants more opportunities to speak to immigration attorneys and offers COVID-19 vaccinations. But in most ways, the program is virtually identical as it was under Trump: both versions promise quick immigration proceedings, access to safe and secure shelters, a work permit and access to health care in Mexico. Both versions also promise that particularly vulnerable people, like those with a disability, are excluded from MPP.

Under the Trump Administration, the reality on the ground in Mexico did not live up to those promises. Immigration proceedings were backlogged; shelters and tent encampments were overcrowded, filthy and often flooded; and many migrants never received a Mexican work permits or access to health care because the application processes required that they present identification and other documents that they often didn’t have. Under Trump, migrants with clear physical disabilities were also forced to wait in Mexico under MPP.

Migrant advocates and NGOs, who spent years helping migrants enrolled in MPP, say they are skeptical that Biden’s iteration of the program will be meaningfully different than Trump’s. “It’s great to put [those measures] on paper, but we will see in practice what that actually means,” Limón Garza says.

Read more: Cautious Hope for Vulnerable Asylum Seekers Under ‘Remain in Mexico’ As the Biden Administration Announces Processing of Cases

In some border cities, like Nuevo Laredo, which is across the border from Laredo, Texas, and Reynosa, which is across the border from McAllen, Texas, violent organized crime has increased in recent months. For that reason, people enrolled in the new iteration of MPP who enter in the Texas cities of Eagle Pass, Laredo, and Brownsville, will instead be relocated to other cities in the interior of Mexico, according to new DHS guidance on MPP, though it is unclear which interior cities the government means.

“Instead of restoring asylum and us taking care of our own problems—instead what are we doing? We’re dumping people, people, in somebody else’s mess,” says D’Cruz, who worked extensively with asylum seekers enrolled in in the first iteration of MPP in the Matamoros area, across the border from Brownsville, Texas.

Another concern D’Cruz flags is the lack of lawyers able to do the work she does. “Increasing access to lawyers is great, if you have somebody on the other side,” she says. “It’s like a stairway to nowhere. You can go up the stairway, but nobody will be on the other side.”

Rangel-Samponaro’s organization, The Sidewalk School, has been preparing for the reinstatement of MPP. On Friday she announced that the organization would open a new shelter with capacity for 750 people in Reynosa, a small city across the border form McAllen, Texas, where hundreds of people are already living in a tent encampment as a result of another Trump-era policy known as Title 42 that has remained in place under Biden. The new Administration has conducted roughly 800,000 expulsions under Title 42, a health measure that the government has used to immediately expel anyone who attempts to cross the U.S.-Mexico border even if they wish to make a claim for asylum.

“I mean, it literally makes me want to cry,” Rangel-Samponaro tells TIME. “The only thing we can do now is try to give people a safe space to live as they go through MPP.”

Limón Garza says that before MPP ever existed, Juárez only had one shelter for migrants. Now there are more than 18, but all are at capacity. The Hope Border Institute is working to create more shelter space, she says, and has invested $45,000 in grants to local aid organizations to prepare for humanitarian assistance. “That’s our effort to kind of control what we can control,” she says, “which is making sure that the most impacted people at least have some kind of dignity and care as they’re going through whatever U.S. policy gets thrown at them.”

D’Cruz, who continues to work with people in the Matamoros area who have been expelled under Title 42, plans to pick up where she left off on her work with people under MPP. “The fact of the matter is, they have restarted MPP and people are gonna be harmed,” she says. “We’re going to have to see how we can help protect these people.” 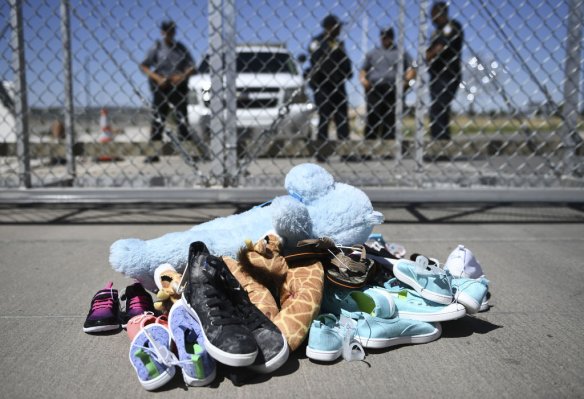 Reuniting Families Separated Under Trump Is Expensive. Should the U.S. Government Pay?
Next Up: Editor's Pick