What Researchers Have Learned About Whether it's Possible to 'Cure' HIV

It’s the news that the HIV community has been waiting four long decades for: the hint that maybe, just maybe, HIV can be cured.

Dr. Xu Yu, a principal investigator at the Ragon Institute of Massachusetts General Hospital, MIT and Harvard, as well as an associate professor of medicine at Harvard Medical School, had to check and recheck her results to be sure. In one of her patients, test after test to detect evidence of HIV in the woman’s blood came up empty. In addition to her lab’s results, “We had complementary assays in labs in Australia, D.C. and Argentina, where the patient is from, all trying to see if they find any evidence of active virus at all, and there was absolutely nothing,” says Yu.

All told, the international team analyzed more than 1.5 billion cells from the patient, who’s from Esperanza, Argentina, and none of the labs found intact traces of HIV’s whole genome in her samples. The woman tested positive for HIV after becoming infected from her partner, but soon after, her body’s immune system was somehow able to control the virus and prevent it from spilling more copies of itself into her body and, more importantly, block it from establishing reservoirs of latent virus in places like the lymph nodes—all without being on the powerful anti-HIV drugs that are normally needed to suppress the virus. This is what sets the Esperanza patient apart. Unlike the handful of other patients who have been able to control the virus, she does not show evidence of these reservoirs, while the others do.

“There is no way to ever say we have proof that there is not a single virus in this patient,” says Yu, who reported the latest case in the Annals of Internal Medicine. “The only thing we can say is that after analyzing a large number of cells from the patient, with the technology in our lab we cannot reject the hypothesis that the patient probably reached a sterilizing cure by natural immunity.”

If that’s indeed the case, she would be only the second case of a patient curing themselves of HIV. Yu also described the first patient, from San Francisco, in 2020, and the fact that she has now found another means researchers can start studying these patients to better understand how these people are able to achieve such a remarkable feat.

There have been previous reports of patients who stopped taking anti-HIV medications and achieved undetectable virus levels for years: Timothy Ray Brown, who’s also known as “the Berlin patient,” and most recently Adam Castillejo, “the London patient.” Both, however, had been diagnosed with cancer and benefited from having a stem cell transplant to treat it, which replaced their immune cells with ones from donors that included cells that could block HIV infection. And they likely continued to harbor latent reservoirs of HIV, which means they haven’t been entirely cured, but what scientists call functionally cured.

That doesn’t appear to be the case with the Esperanza patient. Yu and her team have analyzed 1.5 billion blood and tissue cells from the woman since 2017, and they did not find any evidence of intact genetic virus material that would indicate a potentially viable virus. They did, however, find fragments of viral genes, which indicated that the patient was indeed infected with HIV at one point. They found similar clues in the San Francisco patient.

“This person’s body did this itself,” says Dr. Anthony Fauci, director of the National Institute of Allergy and Infectious Diseases and a long-time HIV expert on the Esperanza patient. “It just happened. That means we have got to try to measure every possible parameter and everything in that patient to see if we can find some hint that could possibly be generalized to the public.”

The patient continues to work with Yu’s team to provide blood samples for ongoing research studies. She is currently pregnant with her second child, and Yu and the patient’s doctors are discussing whether her remarkable, apparently virus-free condition means she won’t need to take anti-HIV drugs before and during delivery, as guidelines currently recommend for pregnant women who are HIV positive. She had taken these drugs for six months during her first pregnancy to ensure any virus she might have didn’t get passed on to her child during delivery. The Esperanza patient is also planning to provide the team with samples of her breastmilk once her baby is born so the scientists can determine if it contains any virus.

While these two recent cases are encouraging, Yu cautions that the findings may not be generalizable to most HIV patients. Both of her patients belonged to a group known as elite controllers, or people who are able to suppress HIV at very low, often undetectable levels, with their immune systems without the help of anti-HIV drugs. Researchers don’t understand what it is about these people’s immune systems that allow them to control the virus so well, but they are studying these people intensively, looking at everything from the antibodies they make to the highway that immune cells use that includes lymphocytes.

“I continue to be cautious,” says Fauci. “You can never really tell if the virus has completely left sanctuaries in the body or are just not coming out for any number of reasons until the right set of circumstances, but this proof of concept in my mind is much more relevant than the cases of the stem cell transplant. Because nobody manipulated this person. It just happened. To me, a) that’s rare. And b) I don’t know for sure if she has really eliminated the virus, but even if she hasn’t, she is controlling it in a very powerful way. If we can get a handle on that, it would be helpful for us going forward in our quest to develop a cure for people affected by HIV.”

Yu is similarly hopeful that these patients, and others like them who might now come forward, will help answer critical questions such as whether tweaking current combinations of anti-HIV drugs could help others mirror the response her two patients have had. One thing she is hoping to do, for example, is compare the immune response among these two patients to that produced by people who are taking anti-HIV drugs. It’s possible that the drug cocktails produce an immune response weaker than what’s generated by these two patients, and scientists could find ways to bolster that response. “We are actively studying the durability and strength of their responses and comparing them to people who are treated with combination therapy,” says Yu. “I’m hoping that as more people are aware of these cases, they will approach us so we can understand their immune systems better.” 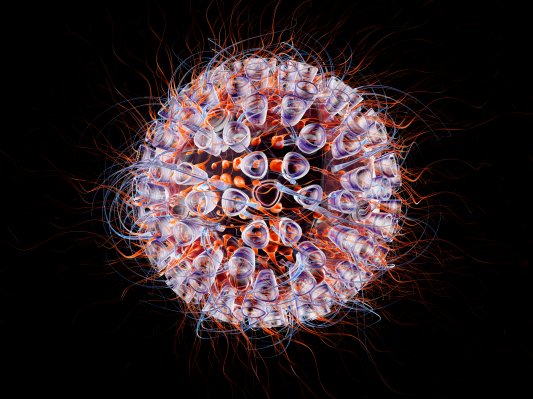 Second HIV Patient Appears to Have Cleared Virus from Body
Next Up: Editor's Pick