A jury on Wednesday found three white men guilty of murder, aggravated assault and false imprisonment in the shooting death of Ahmaud Arbery, an unarmed Black jogger who was chased down by the defendants as he jogged through their neighborhood.

Travis McMichael, 35, his father Gregory McMichael, 65, and their neighbor William Roddie Bryan Jr., 55, were convicted of nearly all the charges they faced. The younger McMichael was found guilty of malice murder, the most serious of the charges each man faced; Gregory McMichael and Bryan were acquitted of that charge but convicted of felony murder. All three men were found guilty of aggravated assault, false imprisonment and criminal intent to commit a felony.

Read more: What Ahmaud Arbery’s Death Has Meant for the Place Where He lived

The jury had deliberated for just two days before reaching a verdict. All three men face life imprisonment with or without the possibility of parole.

The verdicts come more than a year after the three men chased Arbery through a suburban Georgia neighborhood after suspecting that he was a burglar. Travis McMichael later shot and killed Arbery.

Though the killing happened in February 2020, months prior to the reckoning on racial and criminal injustice in the country that occurred after George Floyd’s murder, it was viewed as a similarly significant flashpoint—and particularly so after cellphone footage of Arbery’s killing was released in May 2020. And like the case of Kyle Rittenhouse in Kenosha, Wis., the trial put jurors in the position of having to weigh defense claims of self-defense against prosecution arguments that the defendants provoked the violence that led to the fatal shooting.

Rittenhouse, who shot dead two men and wounded a third during a protest of police brutality in August 2020, was acquitted of all charges on Nov. 19.

Speaking outside the courthouse after the verdicts, Arbery’s mother, Wanda Cooper-Jones, expressed a combination of relief and shock. “‘Early in, to tell you the truth, I never saw this day back in 2020. I never thought this day would come,” she said, flanked by attorneys, activists and family members.

The McMichaels and Bryan went on trial Nov. 3, after a strenuous and oft-controversial jury process. (In the final stage of the jury selection process, the defense teams struck 11 of 12 potential Black jurors from consideration, a strategy the judge said racialized the process.)

Throughout the trial, prosecutors argued that the McMichaels, along with Bryan Jr., initiated the incident and chased Arbery with malicious intent. “They made the decision to attack Ahmaud Arbery in their driveways because he was a Black man running down the street,” lead prosecutor Linda Dunikoski said during closing arguments. “They shot and killed him. Not because he was a threat to them but because he wouldn’t stop and talk to them.”

The defense teams for the McMichaels argued that their clients behaved in self-defense, alleging that Arbery tried to take Travis’ gun away from him during the ensuing confrontation and that Arbery was responsible for his own death. “You are allowed to defend yourself. You are allowed to use force that is likely to cause death or serious bodily injury if you believe it’s necessary,” Jason Sheffield, who represents Travis McMichael, said during closing arguments. “At that moment Travis believed it was necessary. This is a law that is for a person in Travis’s situation.”

The defendants claim to have believed they were acting under stand-your-ground and now-repealed citizens arrest laws in Georgia—but since they had no proof that Arbery was committing a crime, the law would likely not have applied.

In Bryan Jr.’s case, his defense attorneys say that their client was just a witness to the event, though his car was used to box Arbery in while he was running.

Bryan Jr.’s lawyers were also involved in one of the trial’s most contentious moments when defense lawyers complained about Black pastors, including Rev. Jesse Jackson and Rev. Al Sharpton, being in the courtroom next to the family of Arbery. They said the reverends’ presence could unfairly influence the jury.

“There is no reason for these prominent icons in the civil rights movement to be here,” Kevin Gough, who represents Bryan Jr. said on Nov. 15. “With all due respect, I would suggest, whether intended or not, that inevitably a juror is going to be influenced by their presence in the courtroom.”

The judge ignored his request for a mistrial. 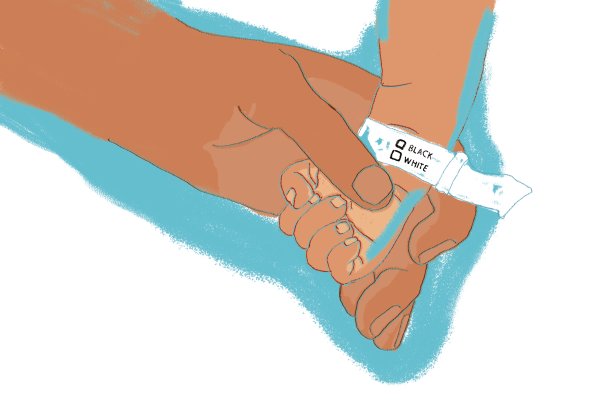 The Day I Passed for White
Next Up: Editor's Pick