The Mississippi River, with Memphis, Tennessee in the background.
Getty Images/iStockphoto
By Madeleine Carlisle

On Monday, the U.S. Supreme Court unanimously rejected Mississippi’s claim that Tennessee was stealing its groundwater in a decision that legal experts say could have major implications for future battles over water amid the worsening climate crisis.

If the Supreme Court had sided with Mississippi, it would have “created chaos in the long-established world of interstate water allocation,” says Christine Ann Klein, a professor at the University of Florida Levin College of Law who specializes in water law. “[The ruling] is a very big deal.”

The term “groundwater” refers to freshwater that’s stored beneath the earth’s surface. Groundwater makes up about 50% of municipal, domestic and agricultural water supply, per the U.S. Environmental Protection Agency (EPA). (The term “surface water,” on the other hand, refers to any body of fresh water that’s above ground.)

Monday’s case stretches back to 2014, when Mississippi sued Tennessee for allegedly stealing its groundwater by allowing a Memphis water utility company to pump from the Middle Claiborne Aquifer, which sits below the Mississippi-Tennessee border. Mississippi argued that it had owned that water since it entered the United States in 1817, and sought $615 million in damages from Tennessee.

The Supreme Court disagreed. Instead, the high court ruled that the legal doctrine of “equitable apportionment”—which has long been used to determine what states get control of interstate surface water—also applies to groundwater. Both Mississippi and Tennessee can use the Middle Claiborne Aquifer. But if they want an official decree dictating how they have to share it, they’ll need to go through an “equitable apportionment” process, in which they must go before a court and argue their case. That court will then divide up the water as it sees fit.

In other words, the high court ruled that “states have to share,” writes Robin Craig, a professor at the University of Southern California Gould School of Law who specializes in water law. “They can’t claim all the water for themselves.”

Saturated thickness of the Ogallala Aquifer in 1997 after several decades of intensive withdrawals. The breadth and depth of the aquifer generally decrease from north to south.
Wikipedia

Monday’s ruling was the first time the Supreme Court has ever weighed in on the issue of interstate groundwater. The unanimous ruling not only ended Mississippi and Tennessee’s long-running dispute, but also provided a framework for other legal battles that may emerge in the coming decades, says Craig. Now, in order to claim legal ownership of both interstate groundwater and surface water, states will need to go through the “equitable apportionment” process to determine who gets what.

As the climate crisis intensifies and droughts worsen, particularly in the American West, groundwater will only become a more precious resource—and interstate groundwater disputes will likely become more common, she argues. Craig points to the fact that Utah and Nevada have come close to litigation over the issue, and the High Plains (Ogallala) Aquifer, which runs through the Great Plains, is already being heavily mined. There are dozens of aquifers spread across numerous states.

In Klein’s opinion, the case helps bridge the gap between the way litigation has historically treated groundwater and how scientists understand groundwater actually works. “The law often treats groundwater differently than surface water, partly as a relic of slow-developing hydrologic knowledge,” she says. But at this point in 2021, she adds, researchers have found “little justification” for the separate treatment of surface and groundwater.

If Mississippi had been awarded the $615 million it sought, she says, “groundwater wars would have become very expensive, very fast,” says Craig. But instead, the high burden the Supreme Court set for proving injury in the case, might encourage states to negotiate amongst themselves to share aquifers, rather than immediately heading to court for damages. 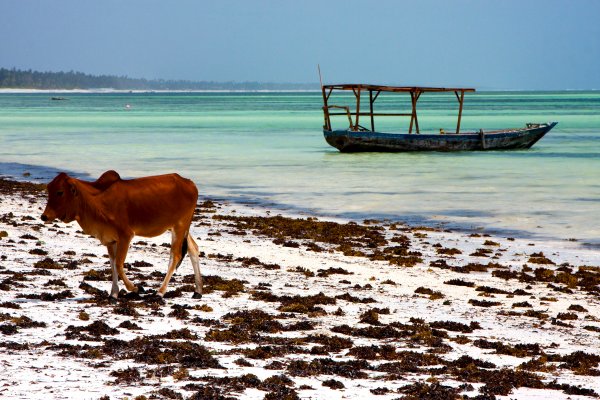