Former Mayor Michael Tubbs: Escaping Poverty Like I Did Shouldn't Be the Exception

A pedestrian walks through downtown Stockton, California on February 7, 2020. The city went bankrupt in 2012 but has been recovering and recently began an 18 month trial run of universal basic income. The scoffed-at idea of paying everyone a basic income as machines take people's jobs is getting a fresh look as a possible remedy for economies cratered by the coronavirus pandemic.
Nick Otto/AFP
Ideas
By Michael D. Tubbs
Tubbs was the mayor of Stockton, CA. The author of the memoir The Deeper the Roots, Tubbs currently serves as the Special Advisor to California Governor Gavin Newsom for Economic Mobility and is the founder of End Poverty in California (EPIC)

“Did you hear about the rose that grew

from a crack in the concrete?

learned to walk without having feet.”

—Tupac Shakur, The Rose That Grew from Concrete.

The rose that grew from concrete—this metaphor, and these lines from Tupac, have informed a lot of my thinking about my life, my work, and the work we must do as a nation if we are to live up to our greatest ideals.

It’s a metaphor I lean into heavily in my new memoir, The Deeper the Roots. When it was first suggested to me that I write it, I questioned the idea—I was only 26 at the time (now 31). But I knew why people thought I should do it. I had interned at the White House. Graduated with honors from Stanford with my Bachelors and Masters degrees; ran for city council in my hometown of Stockton prior to graduation and won; and then, at 26, was elected Stockton’s first Black mayor—the youngest person ever elected mayor of any city with more than 100,000 people.

People saw me as that single rose—they wanted to celebrate it. But I wrote the book not because I saw myself as a rose to be celebrated, but because in my life—in my hometown—I’d seen so much brilliance, so much talent, so much potential wasted because of the structural barriers to opportunity: jobs that paid poverty wages; schools lacking the basics much less guidance counselors and enrichment programs; communities poisoned with waste; and people not having access to childcare, healthcare, the things that set us up for success.

We didn’t need to be celebrating another rose, we needed to tear out the concrete that traps people in poverty so we all get a chance to bloom. The opportunities that every parent wants for their children should not be denied in poor places, that are disproportionately Black and Brown.

That’s why I wrote the book—to help illuminate and take on the systems that create, perpetuate, and sustain poverty. I call it “Upset the Setup.”

When I was Mayor, that meant bringing the first major guaranteed income program to a U.S. city. It meant violence prevention work by engaging with formerly incarcerated people so we were able to significantly reduce homicides and violent crimes. It meant making sure that our public school students had the support services they needed and a scholarship to a trade school, community college, or a 4-year university waiting for them when they graduated high school. And while I loved being mayor, I relish the opportunity to now focus singularly on addressing poverty throughout California—through my work with Governor Gavin Newsom as his Special Advisor for Economic Mobility and Opportunity, and a new initiative I will launch in January, End Poverty in California (EPIC). Through EPIC we will meet people in their communities, listen to their needs, forge new relationships, and develop policies that are responsive to their talents, ambitions, and ideas.

At the national level, we know much of what we need to do to empower people so that zip code no longer determines outcome for the vast majority. The Biden Administration’s Build Back Better legislation has tried to get at some of this: We need every child in America to have access to a world-class education and training, not to be denied the opportunity or priced out. We need to create jobs and pay wages that people can live on—a dignified wage. We need to recognize that dignity is innate, it’s not gained through the workplace—and it’s the workplace that must recognize human dignity through fair pay, paid leave, and safe working conditions. We need housing to be a human right, not something you lose because you miss a paycheck. The problems of stagnant wages, stalled mobility, and economic insecurity affect everyone across the country, but it is the poor who are hit the hardest, too often with life-or-death consequences.

We also cannot be afraid to name that the racial wealth gap is at the root of intergenerational cycles of poverty: The median racial wealth gap between Black and white families of 12 cents per every $1 of white wealth hasn’t changed much over 30 years; the gap between Latino and white families is 21 cents on the dollar and has shown only slight improvement over the same period.

It’s time we offer a birthright to capital that gives everyone the chance to build assets. Every child should receive a “baby bond” at birth for an amount that would vary depending on a family’s wealth. When the bond matures it could be used towards college tuition, a down payment on a house, starting a small business—the kinds of things that build wealth for a family and that so many have not had access to.

We need to be honest that the racial wealth gap didn’t just magically happen. Our country’s history of slavery and exclusionary public policies through today created an American caste system that endures. The social Security Act explicitly excluded agricultural and domestic workers. The GI Bill offered college tuition, home loans and unemployment benefits but largely excluded Black veterans. The Federal Housing Administrative is responsible for years of redlining that led to racial segregation in communities around the country. In the recent Great Recession, Black Americans earning annual salaries of $100,000 were steered to subprime mortgages paying higher interest rates than white Americans with an income of just $30,000. And fines and fees for low-level “offenses” like speeding or a broken taillight are often another tax on Black and Brown people.

These are just some of the structural inequities that create, sustain, and perpetuate poverty—that keep us celebrating a rose or two instead of freeing millions of people to pursue their dreams for themselves and their families. Changing the odds for the vast majority of poor people requires a unified commitment to sustained, focused and strategic action.

Part of that intentional work we must do is to change the narrative around poverty—from one that says poor people are flawed and to blame for their own poverty, to an authentic narrative about who is poor, why people are struggling, and what we can do about it. An authentic narrative centers the voices of poor people and their real experiences, including the unbelievably hard work people do in their daily lives. It’s a narrative that shows how our current policy decisions set them up for failure. By changing the narrative, we will open space for bold policies. Through this kind of truth-telling and listening to people living in poverty we will find a path forward so we can create a safety net that centers children and families; and provide jobs with stronger worker power and protections. We will ensure that housing is a human right, and that all families have the opportunity to build intergenerational wealth. We also will recognize that we need to create second chances for those who succumbed to the structural challenges and pressures that led to incarceration.

The first step in making change is understanding who our neighbors are. I know mine—they are people just like me—with a hunger and desire to build a better life for themselves and their families; with dreams and potential and something to contribute if just given the same opportunities others take for granted. They are worthy of being celebrated and fought for until their worth is recognized, the concrete is removed, and they too can rise. 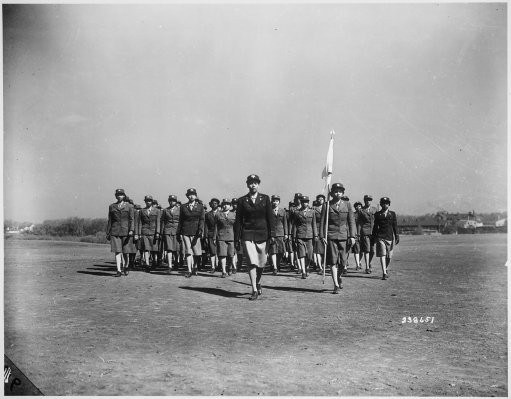 Why Four Black Women Stood Up to the U.S. Army During WWII
Next Up: Editor's Pick