AstraZeneca Plc’s Covid-19 antibody cocktail was more than 80% successful at both preventing symptomatic disease and stopping the illness from worsening after six months, demonstrating its ability to provide long-lasting protection.

The medicine reduced the risk of developing symptomatic Covid by 83% in one of the trials, after six months follow-up, the company said Thursday. The other, which was on half-year data from outpatient participants with mild-to-moderate illness, found the cocktail reduced the risk of severe disease or death by 88%.

The results pointed to better protection than the initial data even as the delta variant surged, a relief for the British drugmaker after a shaky start when its first trial failed to prevent symptomatic disease in people explicitly exposed to the virus. The company applied for U.S. emergency authorization for the product in the prevention setting last month.

The U.K. has started an expedited review of the drug, and the company plans to file for authorization in the European Union shortly.

The results indicate the drug can offer “my vulnerable patients with the long-lasting protection they urgently need,” Hugh Montgomery, professor of intensive-care medicine at University College London and principal investigator on the the trial, said in a statement. He pointed to the evidence of lasting protection even as the delta variant surged.

Read More: Ahead of Holidays, COVID-19 Cases Are Still Below 2020 Levels—For Now

The data from both trials — known as Provent and Tackle — adds to positive outcomes reported earlier this year.

The Provent trial was designed specifically for people who may not respond adequately to vaccines, such as transplant patients and those undergoing chemotherapy. There were no cases of severe Covid-19 or related deaths among those receiving the drug in those tests. In the placebo arm, five people developed severe versions of the disease and two died, the company said.

The Tackle outpatient trial also focused on those at risk of severe disease with conditions including cancer, diabetes and obesity. About 52% of participants identified as Hispanic or Latino. The new 88% efficacy number applied to those patients who had been symptomatic for three days or less. Both trials found the cocktail was generally well-tolerated.

An initial readout in August found the cocktail prevented symptomatic disease in high-risk individuals by 77%, while the drug was shown to halve the risk of mild-to-moderate disease worsening in results published in October. 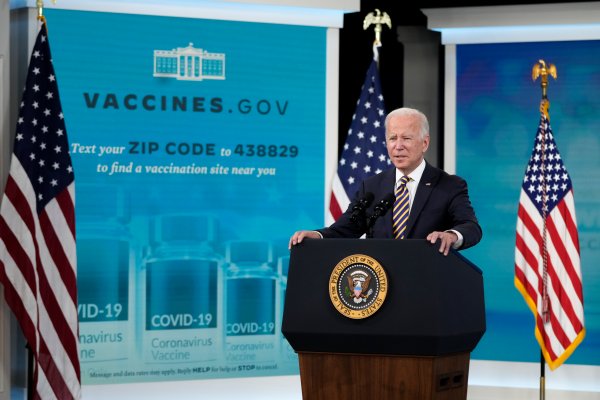 Lottery Results in Bad News for Vaccine Rule
Next Up: Editor's Pick